One of the quirkiest sights in Bratislava is the Church of St. Elizabeth – commonly known as Blue Church. It’s also known as the Smurf Church!!!!! 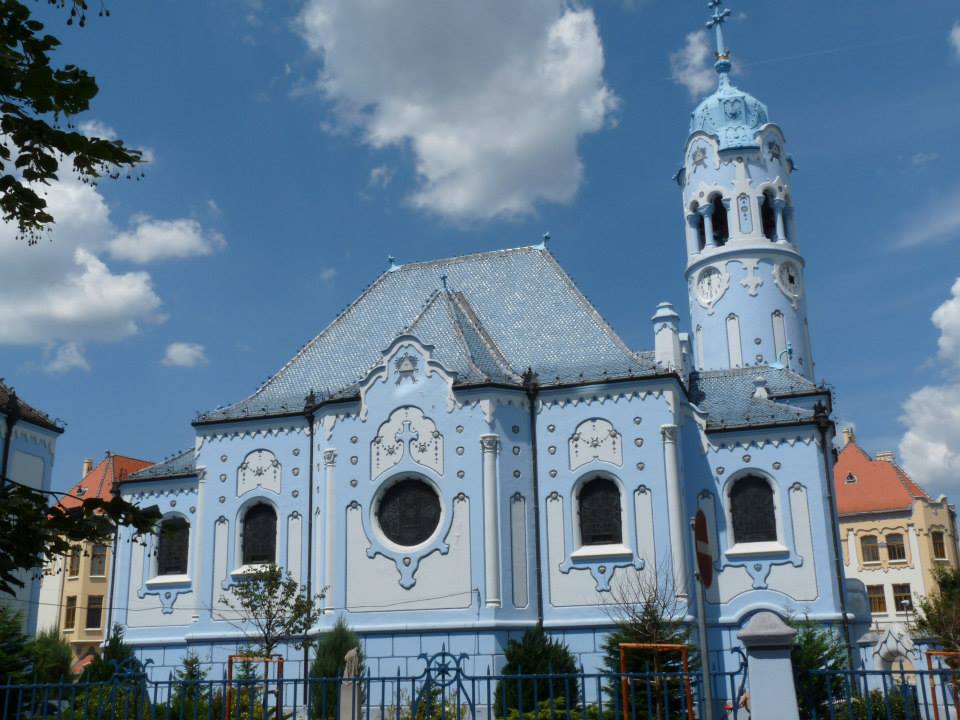 It is a Hungarian Secessionist Catholic church located in the eastern part of the Old Town in Bratislava and is decorated in Art Nouveau style and  is astonishingly blue from tiles to pews to the roof.

It is consecrated to Elisabeth of Hungary, daughter of Andrew II, who grew up in the Pressburg (Bratislava) Castle. Saint Elizabeth is often shown holding a basket of bread, or some other sort of food or beverage, characteristic of her devotion to the poor and hungry. 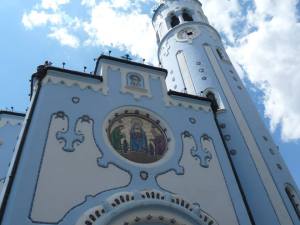 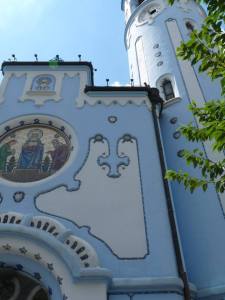 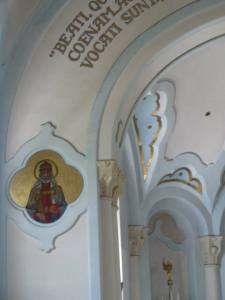 Elizabeth is perhaps best known for her miracle of the roses which says that while she was taking bread to the poor in secret, she met her husband Ludwig on a hunting party, who, in order to quell suspicions of the gentry that she was stealing treasure from the castle, asked her to reveal what was hidden under her cloak.

In that moment, her cloak fell open and a vision of white and red roses could be seen, which proved to Ludwig that God’s protecting hand was at work. The circular mosaic art above the door depicts this moment.

Interior decorations include the Elisabethan rose. Two coast of arms are displayed – Hungarian and the City of Bratislava.

Leave a Reply to Indonesia in my pocket Cancel reply