We hopped on the train to Sagunt, a little town about half an hour from Valencia. Mainly to take a look at the castle at the top of the hill. 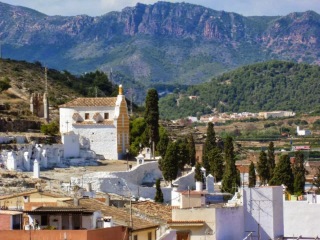 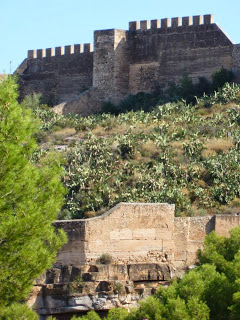 We trekked up the hill in the scorching heat, armed with supermarket picnic, ready for a cultural adventure.

When will I ever learn. Spanish castles are never open. Here’s Neil in a hole instead.

Here’s a bit of blurb, in lieu of any actual pictures of the inside!

Sagunto Castle covers an area of almost one kilometre in length.  It was declared a National Monument in 1931.

So instead of the castle we had a roam through the back streets of Sagunt (which apparently used to be a city called Arse!!!)

Inside the main town the old Jewish quarter is a lovely, attractive quarter with narrow, cobbled streets, medieval houses and arches over the entrances to some streets.

It was the home of the Jewish community until they were expelled by the Catholics in 1492.

Here’s a traditional back street scene complete with Bouganvilla and cracking paintwork! 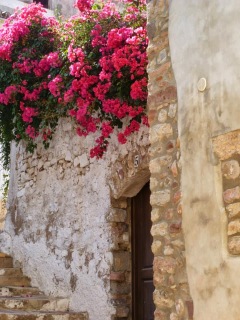