Delving back in time again today folks, this time we headed to Barcelona for a feast of architecture, beach and cheap cheap sangria from supermarkets!!

We stayed in the Acta Antibes hotel http://www.hotel-antibesbcn.com/en a nice hotel in a great location just five minutes from the Sagrada Familia and Monumental subway stop.

You can also (if you have the energy) walk to La Barcellonette beach area which is lovely, close to the former Olympic village.

First stop is the ongoing building site that is the Sagrada Familia. 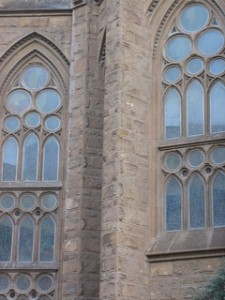 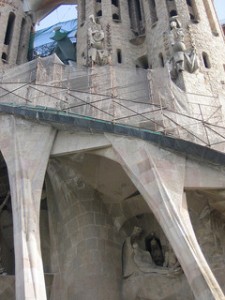 Construction of Sagrada Família started in 1882, Gaudí became involved in 1883, taking over the project and transforming it with his architectural and engineering style—combining Gothic and Art Nouveau forms.

Gaudí devoted his last years to the project and at the time of his death in 1926, less than a quarter of the project was complete. 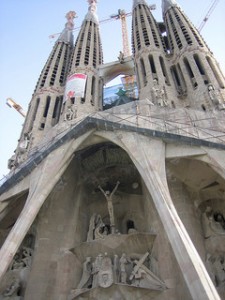 One projection anticipates construction completion around 2026, the centennial of Gaudí’s death!!!!

Here’s some pictures from the incredible Parc Guell, one of Antoni Gaudi’s most famous works of whimsy! Covered in colourful mosaics of broken tiles and glass.

It’s like the tiler got drunk, smashed up the best china plates and then regretted it . . 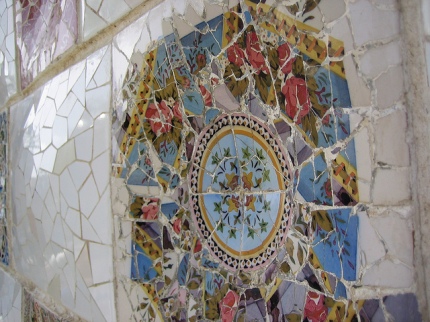 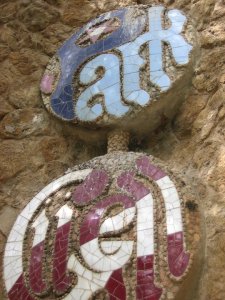 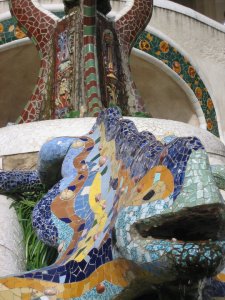 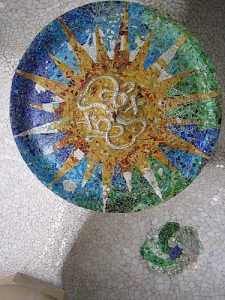 Who know that windows could be quite so fascinating? Or that we’d find a real life gingerbread house in Spain.

Once I had my fill of coloured tiles (which takes a while believe me) it was onwards to see more of Gaudi’s work, namely the crazy, organic, alien facade of Casa Batllo.

The local name for the building is Casa dels ossos (House of Bones), Eerie yet very apt!!!

Next up – the Olympic stadium, Montjuic cable car, a very disappointing Font Magica (Neil has still not got over the trauma) and some beach life . .  watch this space for cheap Sangria consumption on the beach!

Just two months after we visited the region terrible flash flooding has hit the Cinque Terre in Northern Italy.

Vernazza and Monterosso were two of the worst hit villages with flood water decimating the tiny villages.

“Everything is missing here — supplies, water, electricity,” said Angelo Betta, mayor of the town of Monterosso in the scenic tourist area of Cinque Terre on the Ligurian coast in northwestern Italy.

“People are getting into their houses through the terraces, everything is flooded. Monterosso doesn’t exist anymore.”

It’s terrible to think that the little streets that we walked through in the blazing sunshine and the pretty harbour have been all but obliterated.

So far nine people have been reported dead and more missing. It seems unreal that we were there merely two months ago.

My thoughts go out to the residents of the area and hope they can begin to rebuild their shattered lives and livelihoods as soon as possible.

So in recent years our anniversary has been held in various venues ranging from Blackpool (1 year), Northern Ireland (2 year) Monaco (3 year) and Barcelona (4 year). This year we decided to venture to the South Coast, Newquay to be precise.

Off we headed on Friday, straight into diversions and roadworks around Birmingham, finally arrived in drizzley Newquay six and a half hours later . . . to the unedifying sight of drunken teenagers sitting in their own puke or laying on the pavement, legs akimbo. Ah the youth of today. Nice.

Checked into the travelodge, after finally gaining admittance from the skin headed bouncer they appeared to have guarding reception . .  not a great first impression, began to worry exactly what the room would be like.

But never fear readers, it was fine, room 207 even has a sea view from one of the windows, albeit covered in sea spray and salt. We also had an Aldi directly underneath us, so cheap booze and breakfast goodies!

So not quite as exciting a trip as recent ones have been but hey, it’s still a break!

Here’s some grey and drizzley pics from Newquay. Neil inspects Fistral beach and gig racers take over the habour for the day. 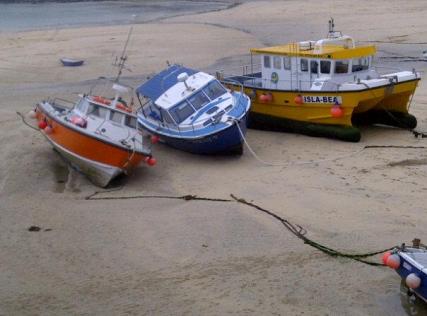 Some boats moored up at St Ives harbour 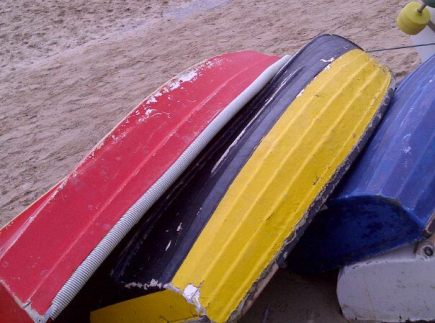 Walkway out into the sea at St Ives

More rockpools on Fistral beach in the rain.