The awe inspiring views just keep on coming on our whirlwind trip around New York. Still over on Brooklyn we’re taking a gander at another epic bridge – The Manhattan Bridge.

The bridge’s total length is 6,855 ft (2,089 m). It is one of four toll-free bridges spanning the East River; the other three are the Queensboro, Williamsburg, and Brooklyn Bridges.

Speaking of which, here’s the stunning Brooklyn Bridge again as viewed from the Main Street Park in Dumbo 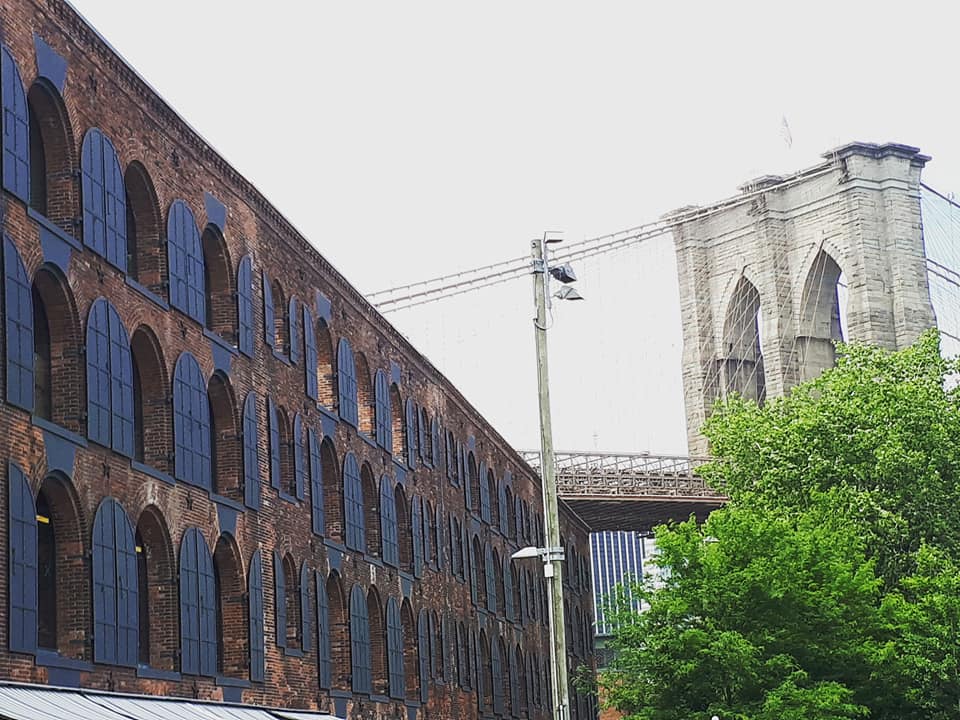 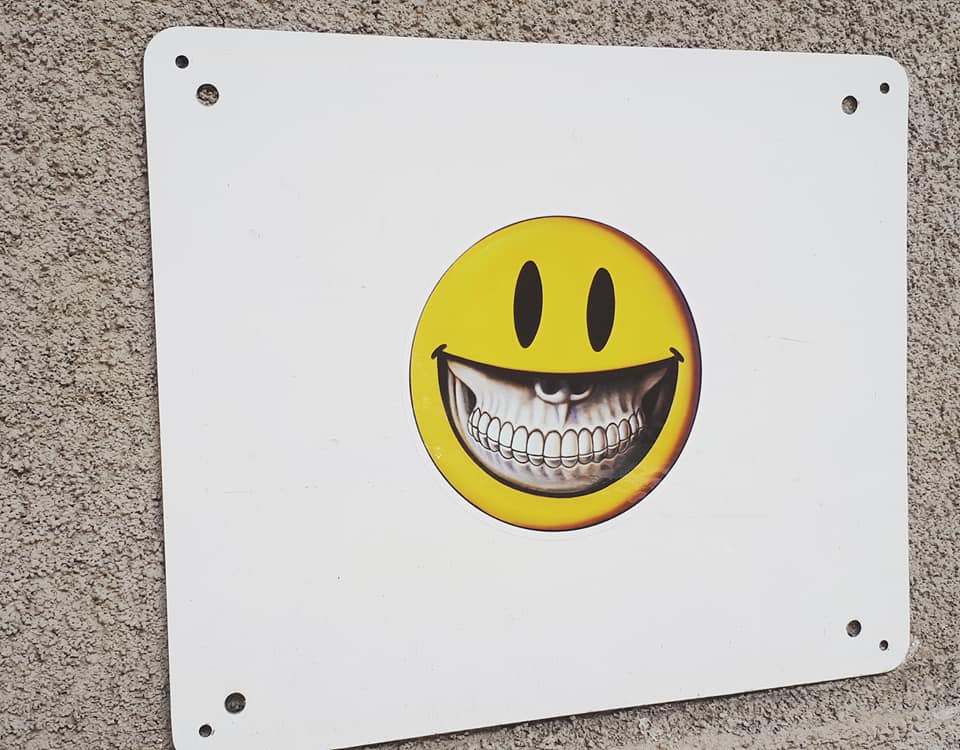 With the de-industrialisation of New York City, Dumbo saw an influx of artists and other young homeowners looking for inexpensive loft apartment spaces for studios and homes.

The acronym ‘Dumbo’ came about in 1978, when residents coined it in the hope that such an unattractive name would help deter developers. Sadly this was in vain as it is now a very sought after, and as a result, expensive area. 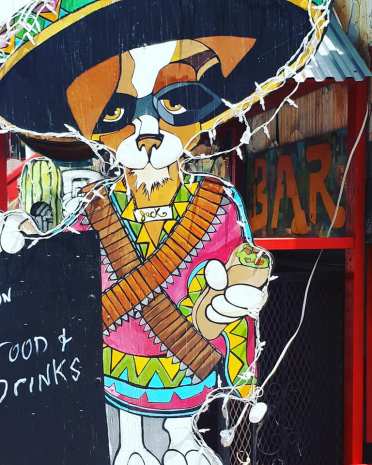 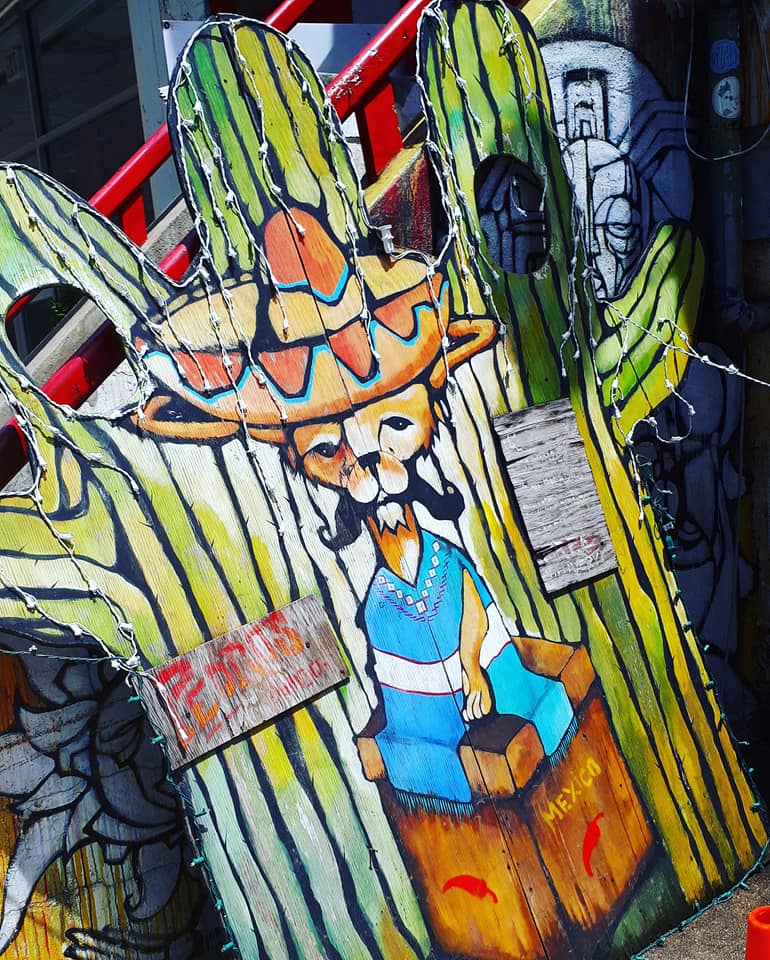 Even though it’s now a prestigious address, there are still colourful corners to be found such as the cute little mexican cafe above. 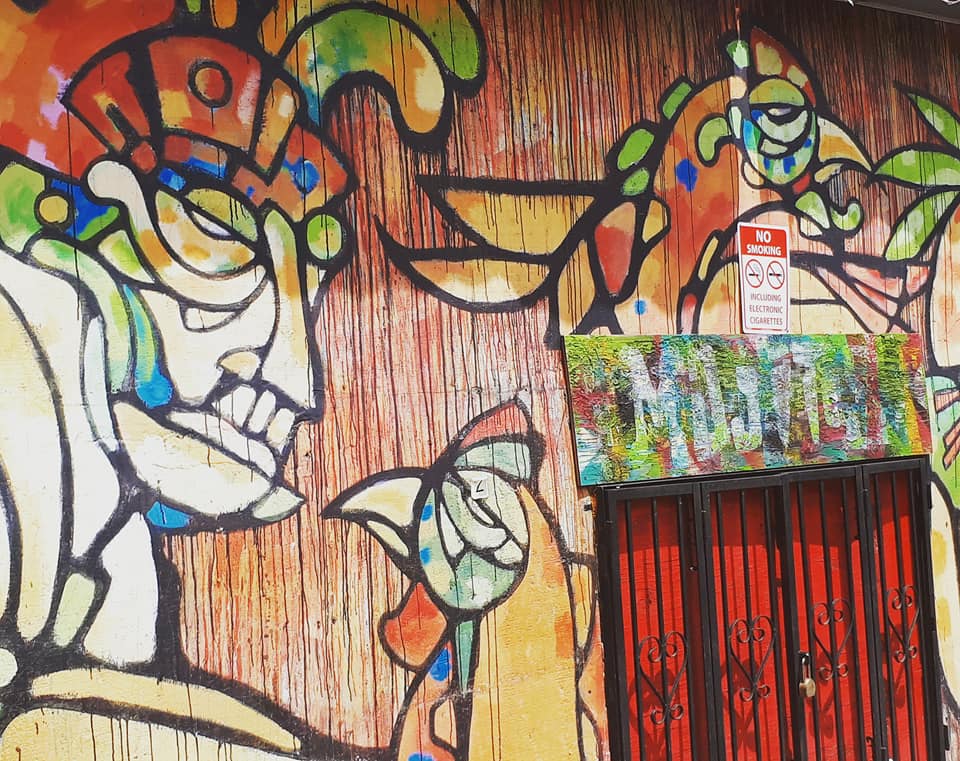 But the main draw for me in DUMBO is the stunning views of Manhattan Bridge that you can catch from the streets in the area. 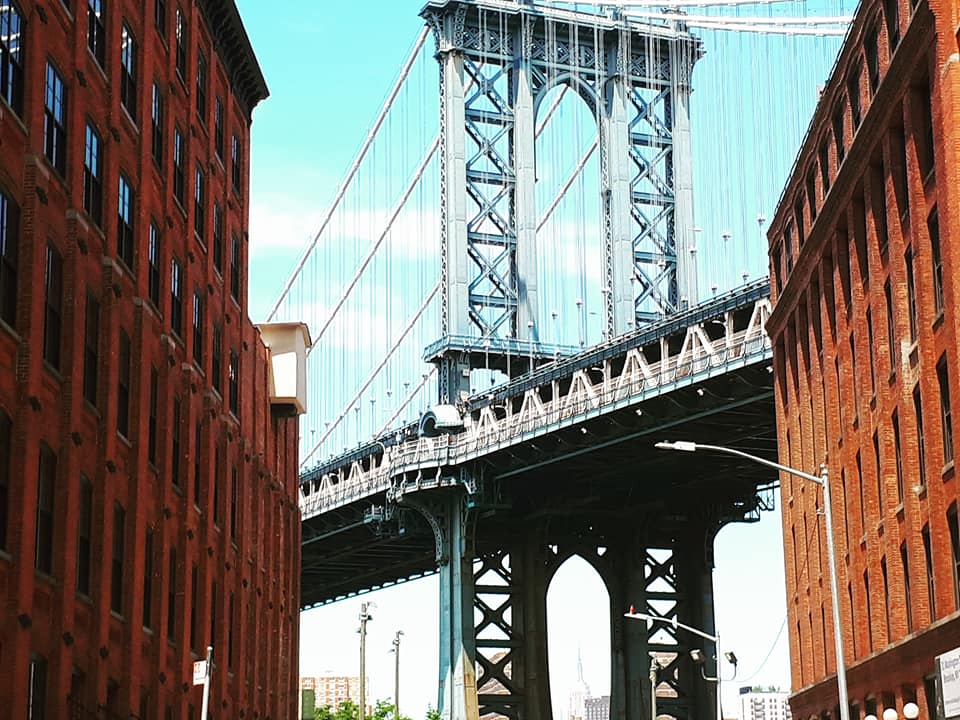 One of the best views can be found from Plymouth Street, lined with old brick warehouses that bookend the amazing views of the bridge. 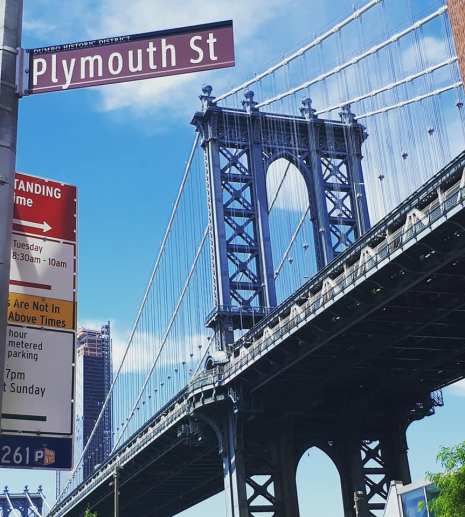 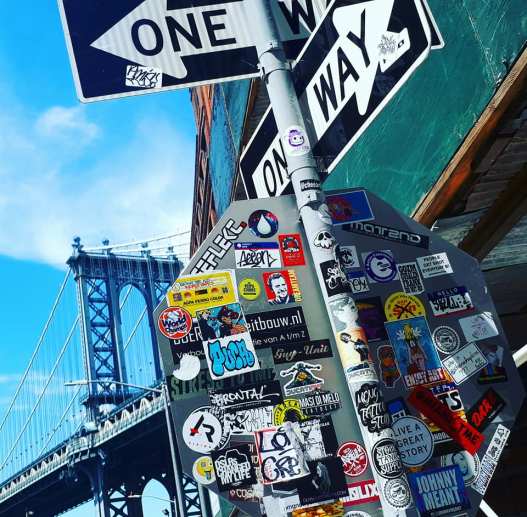 The bridge was officially opened on December 31, 1909 and has since seen a veritable army of drivers and pedestrian utilise it on a daily basis. 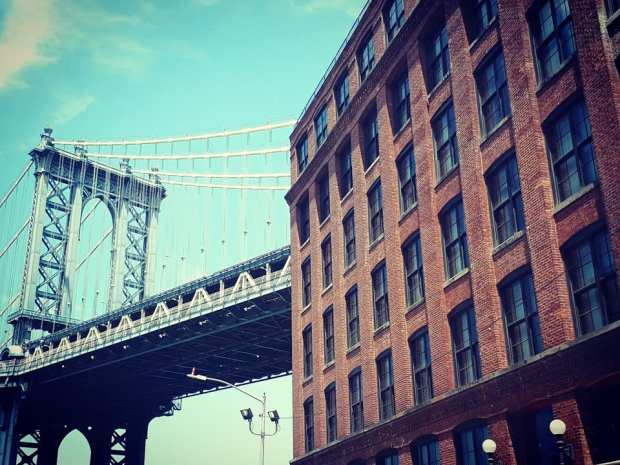