The Brooklyn Bridge is one of the oldest roadway bridges in the United States. Started in 1869 and completed fourteen years later in 1883, it connects the boroughs of Manhattan and Brooklyn, spanning the East River. 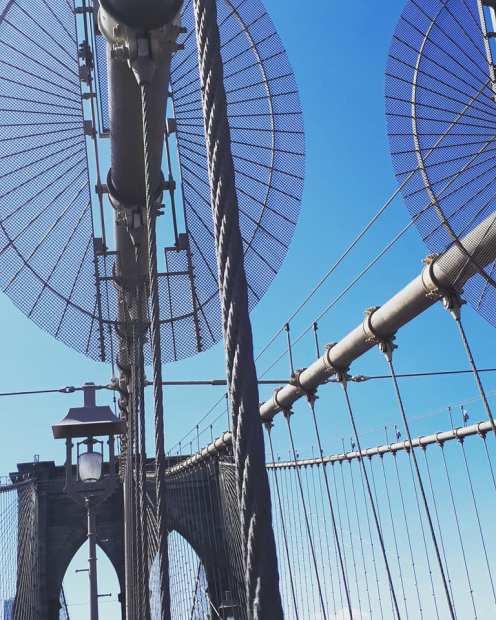 It has a main span of 1,595.5 feet and was the first steel-wire suspension bridge constructed.

The immense towers are built of limestone, granite and cement. The bridge’s two towers were built by floating two caissons – giant upside-down boxes made of southern yellow pine, in the span of the East River, and then beginning to build the stone towers on top of them until they sank to the bottom of the river 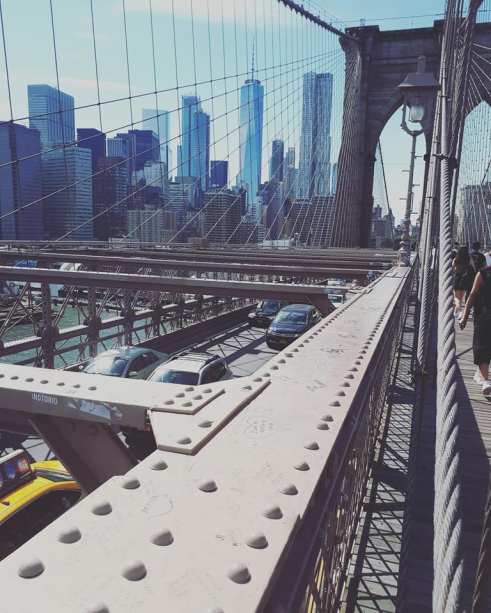 The bridge itself is a hectic, thronged walkway above the constantly flowing traffic.

The view from the bridge is simply phenomenal – looking down and towards Manhattan. 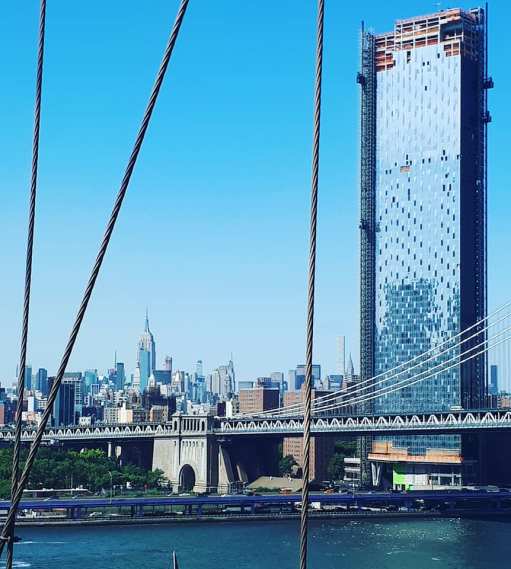 More than 4,000 pedestrians and 3,100 cyclists cross the Brooklyn Bridge each day meaning that it is not a relaxing experience!

The bridge was originally conceived by German immigrant John Augustus Roebling in 1852 who spent 15 years working to sell the idea.

Sadly he died of a tetanus infection before construction could begin and the project was passed to his son.

Walking the bridge is a definite highlight that everyone should try and squeeze into an NYC trip. 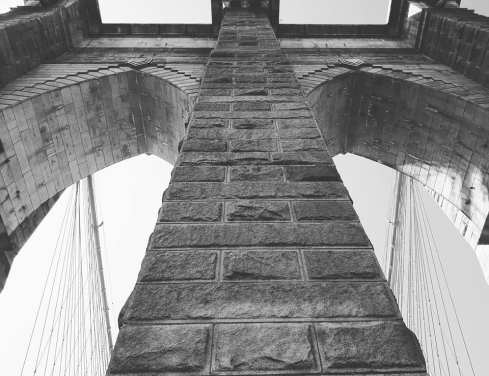