Castle Gibralfaro is perched atop a high hill over looking Malaga. The name comes from the Moorish Jebel meaning hill and Faro meaning lighthouse.

Again it’s free to visit on a Sunday so we hopped on the bus up the winding hill for some freebie sightseeing.

While not as interesting as the Alcazaba there are stunning views to be had from the ramparts including the city bullring in miniature.

This building dates back to the beginning of the 14th century when it was built by Yusef 1 of Granada.

Just missed capturing the tiny bullfighter waving his red rag around. Looks quite cute from this far away, unlike the brutal reality of the so called “sport” 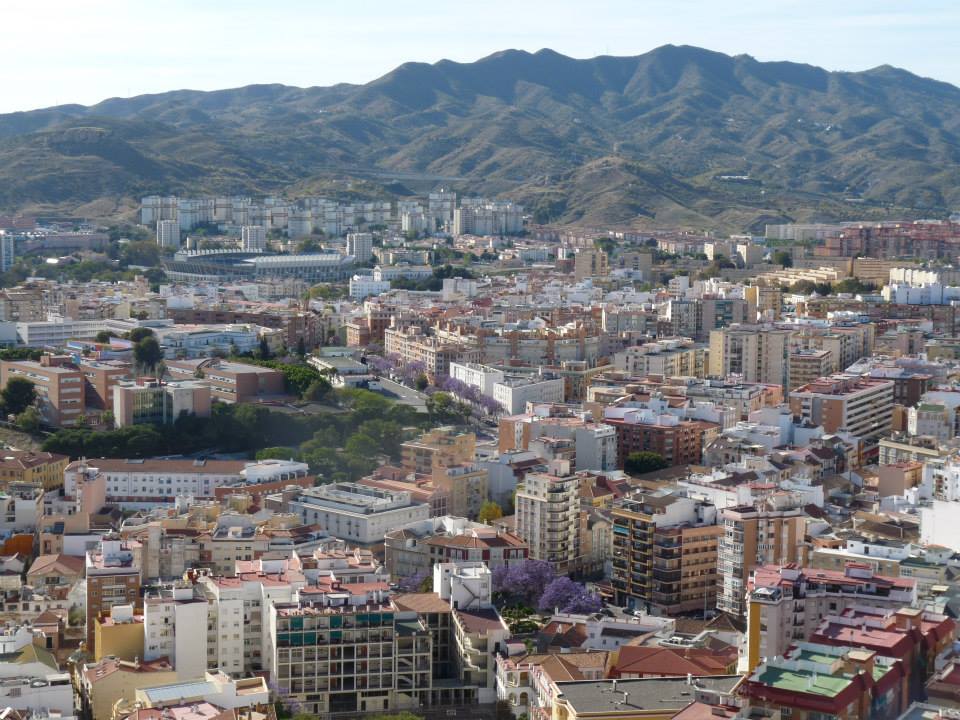 Bit of history for you – Gibralfaro castle was the site of the famous siege of Malaga in 1487 when the Christian forces of Ferdinand and Isabella laid siege to Malaga on the final push of the reconquista that would eventually lead to the fall of Granada and the overthrow of Islamic Spain.

Next up, we visit the playground of the rich and famous (and TOWIE apparently) Marbella!