Since the Byzantine times, pirates were a huge problem faced by the Aegean islands,  imposing taxes and looting local communities.

To protect themselves the inhabitants of Santorini built several fortified settlements known as Kastelia. Emporio is one of five such Kastelia on the island. 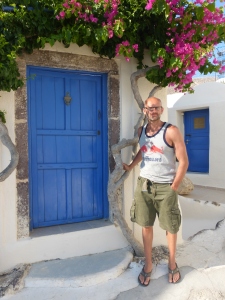 You can spend hours just wandering the compact little streets, the houses all huddled close together to protect against the marauding pirate hoardes. 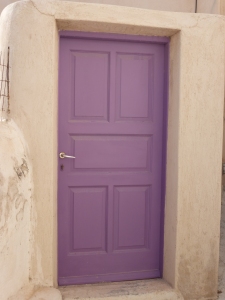 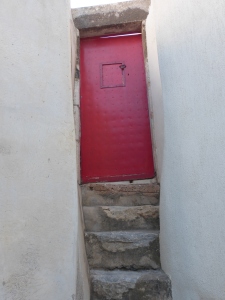 As you explore the higgly piggly passages ways you feel as if time has stood still for centuries in this incredible place. Not least when you final discover the actual heart of the Kastelia. 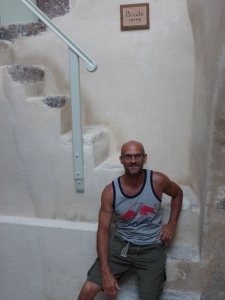 With its maze of staircases, passageways and tiny hobbit hole doors, it’s like something out of middle earth. And people actually live in it too! 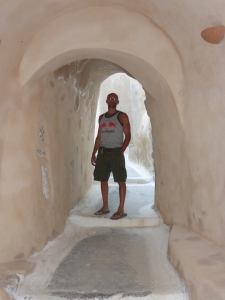 The castles looked a lot like fortresses, due to the fortified houses of the outer perimeter that had few openings to the outside and so practically formed a wall. 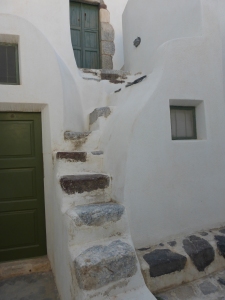 The inside of the castles are densely structured, with two or three-story buildings leaning against each other and streets are very narrow.

Lower floors were partly built above the ground and partly rock-hewn underground.

Here you can see some of the densely packed together houses, each complete with their own cute little entrances. 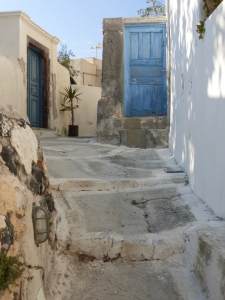 And so ended our fantastic whirlwind tour of some of Santorini’s lovely little villages. Next we take to the seas and visit the volcano that created the present day island.