Having conquered the Inari mountain and negotiated the endless winding corridors of orange Tori gates we head back into the rest of the Fushimi Inari Taisha shrine complex. 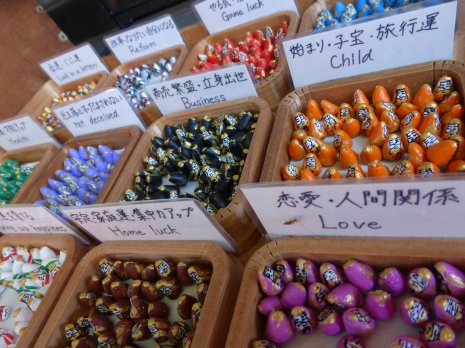 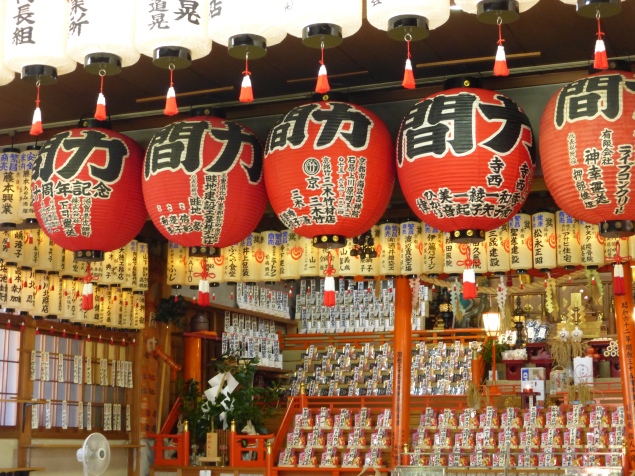 There is a fascinating story attached to the origin of the shrine. 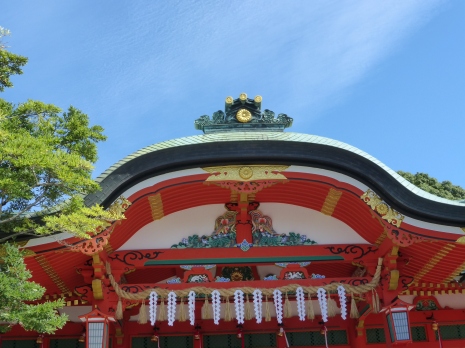 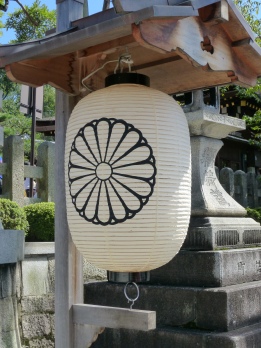 The legend goes, a rice cake was shot into the air, which turned into a swan and flew away, eventually landing on a peak of a mountain, where rice grew – this is an auspicious omen in Japan. 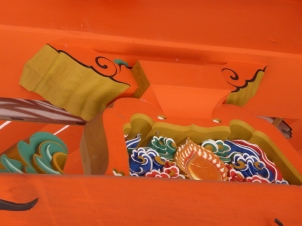 This led to the deity Inari Okami, the god of rice, being enshrined on the plateau and the start of Fushimi Inari Taisha. 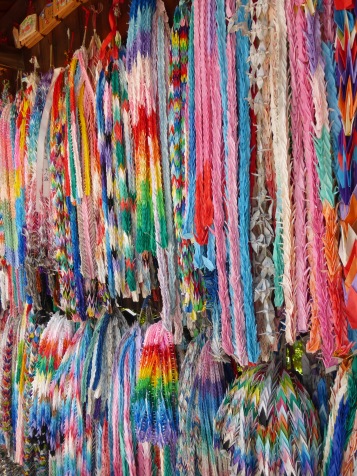 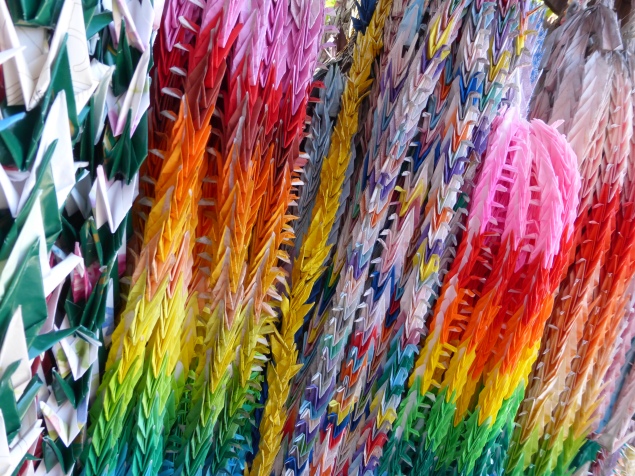 Can’t keep me away from the endless strings of cranes. I am like a magpie faced with shiny objects!!! 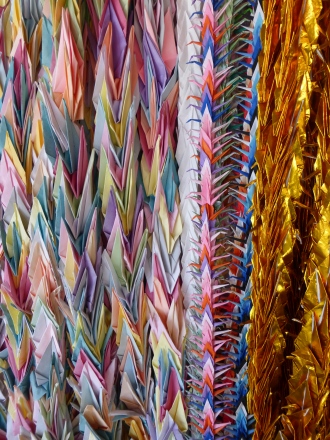 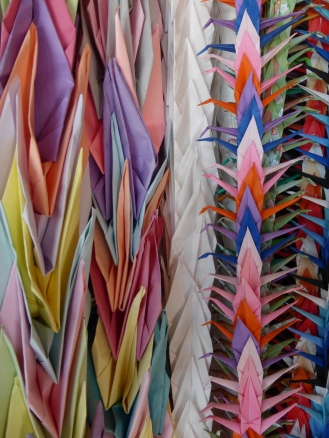 Then with a few final glimpses we’re off – leaving this fascinating shrine behind. 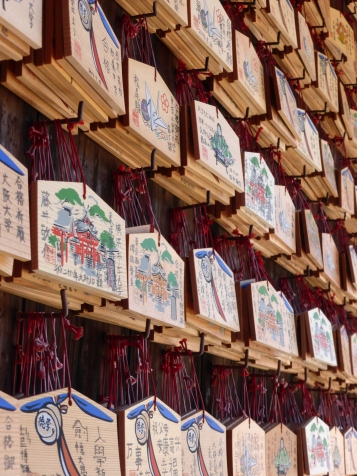 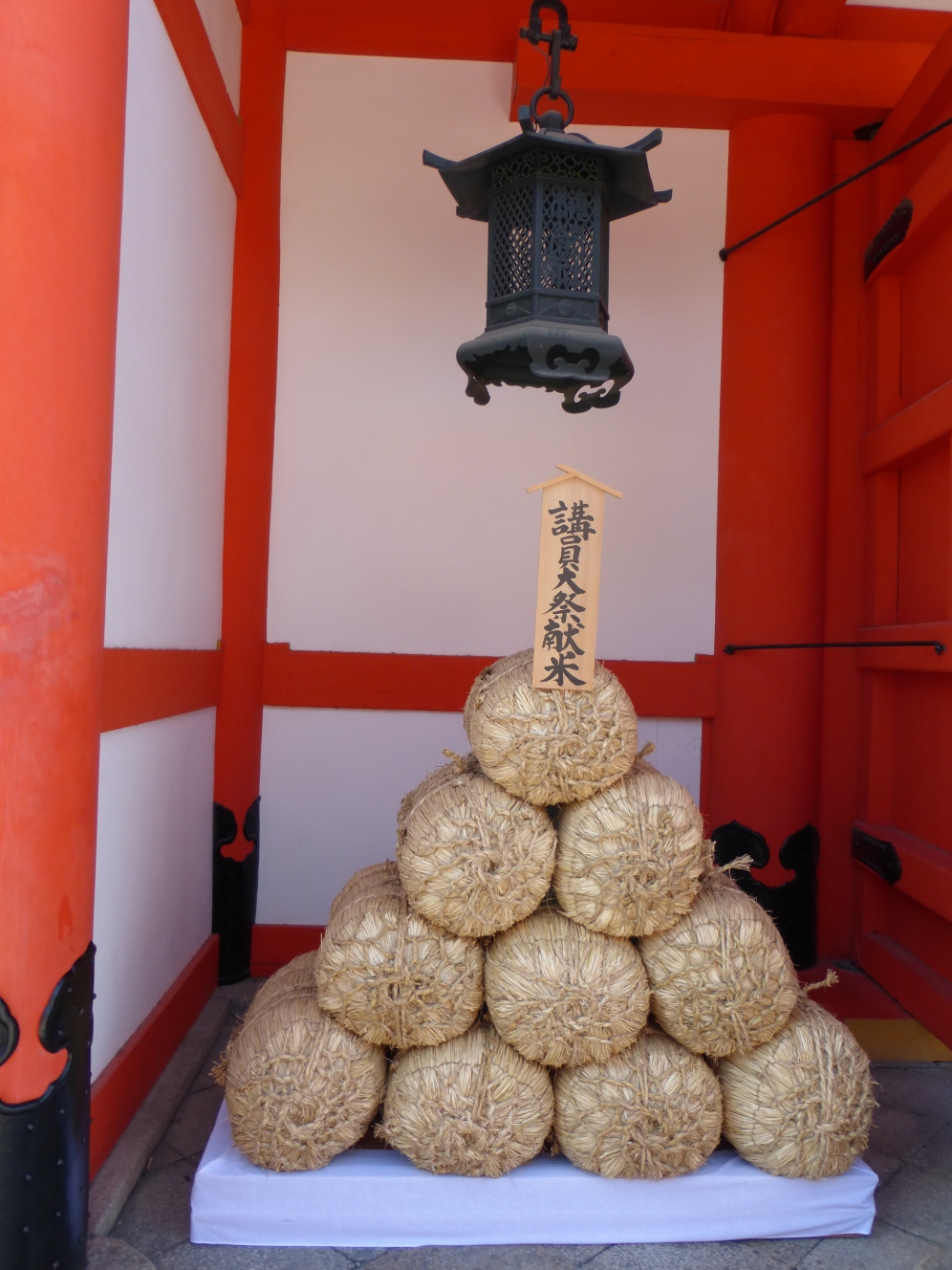