Next up on our sight seeing tick list are one of the Isle of Wight’s most famous landmarks – The Needles.

The Needles is a row of three distinctive stacks of chalk that rise about 30m out of the sea.

But before we visit them we spot an ‘interesting’ little display in a local garden . . . 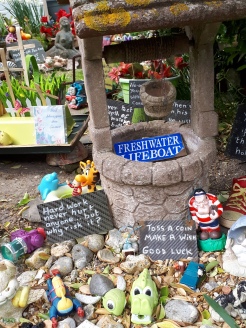 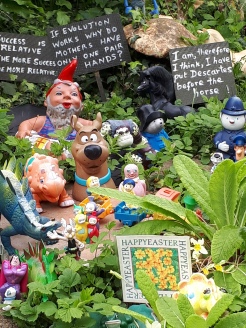 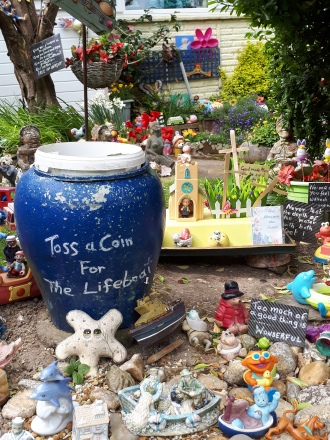 There are some wonderfully coloured cliffs tumbling down to Alum sands beach.

Alum Bay has 21 recognised shades of sand and these have been collected and made into souvenirs since early Victorian times. 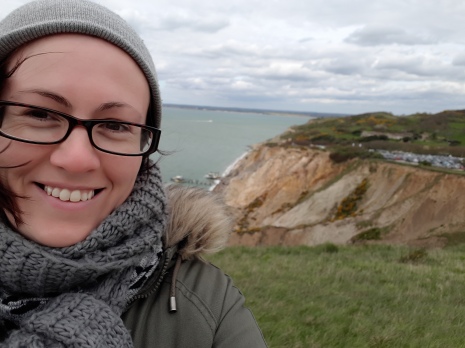 After a blustery and brisk walk we finally find the main attraction – The Needles!

The chalk formation takes its name from a fourth needle-shaped pillar called Lot’s Wife, that collapsed in a storm in 1764. The rocks that are left are not needle-like, but the name has stuck. 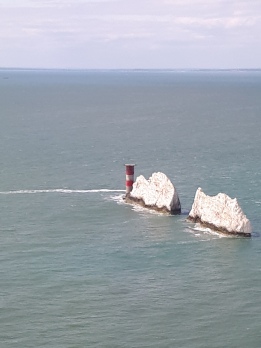 Another attraction close by is the experimental rocket testing site at High Down.

The site was built and operated in secret, from the 1950s and still houses some of the old technology that you can have a nosey around. 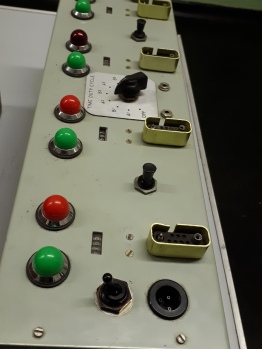