Before we head out of Mykonos town we can’t avoid visiting one of the island’s most iconic sights – the line of windmills high above the town. *rubbish phone pics alert* 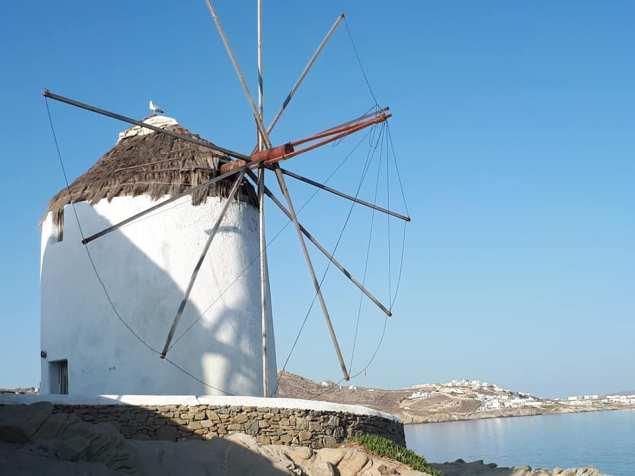 The windmills can be seen from every point of the village of Mykonos and are the first thing seen when coming into the harbour of Alefkandra. 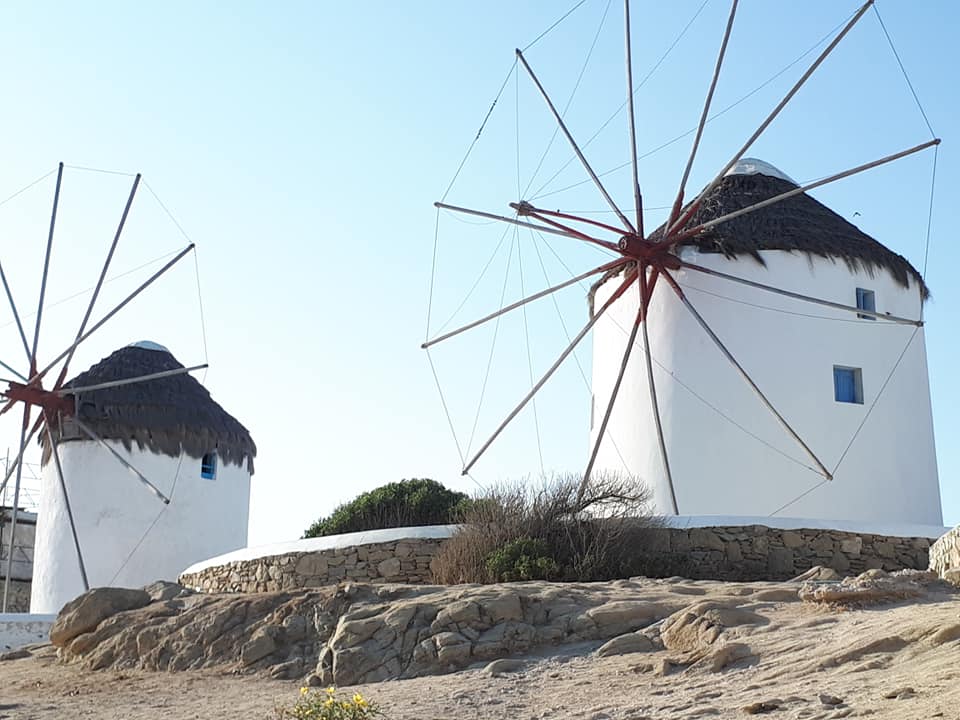 There are currently 16 windmills on Mykonos of which seven are positioned on the landmark hill in Chora. 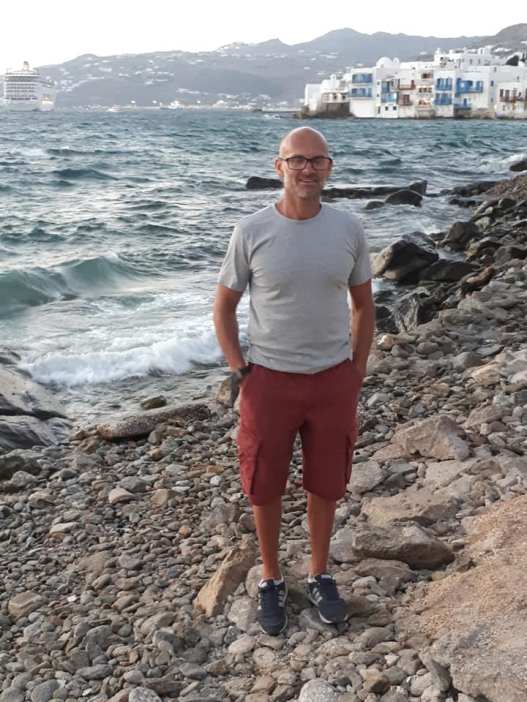 Most windmills face the North where the island’s climate sources its strongest winds over the largest part of the year. 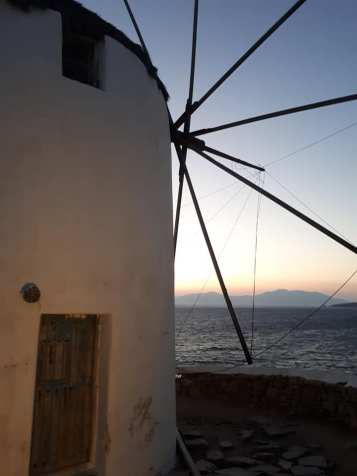 Most of them were built by the Venetians in the 16th century, but their construction continued into the early 20th century. They were primarily used to mill wheat and were an important source of income for the inhabitants.

Their use gradually declined until they ceased production in the middle of the 20th century. 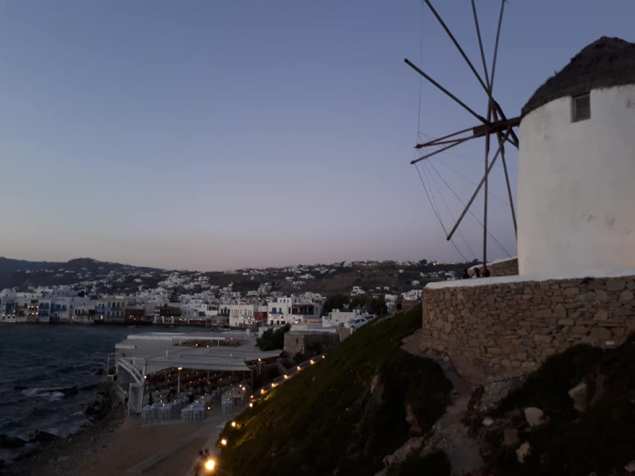 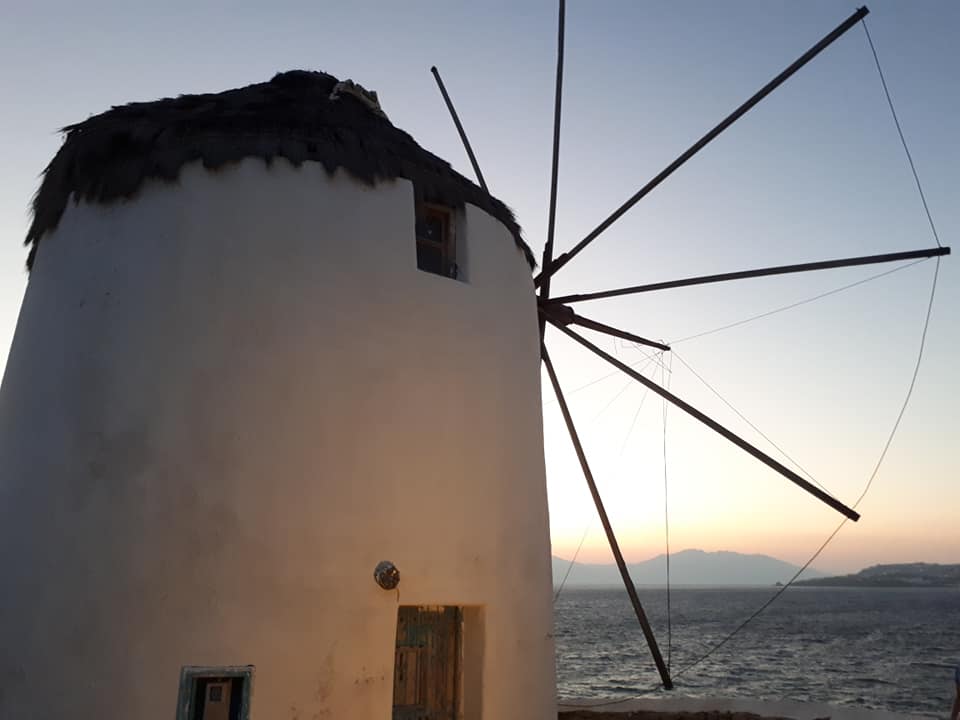