We’re taking to the water to see the city of NYC from a new perspective now with a Circle Line Cruise. 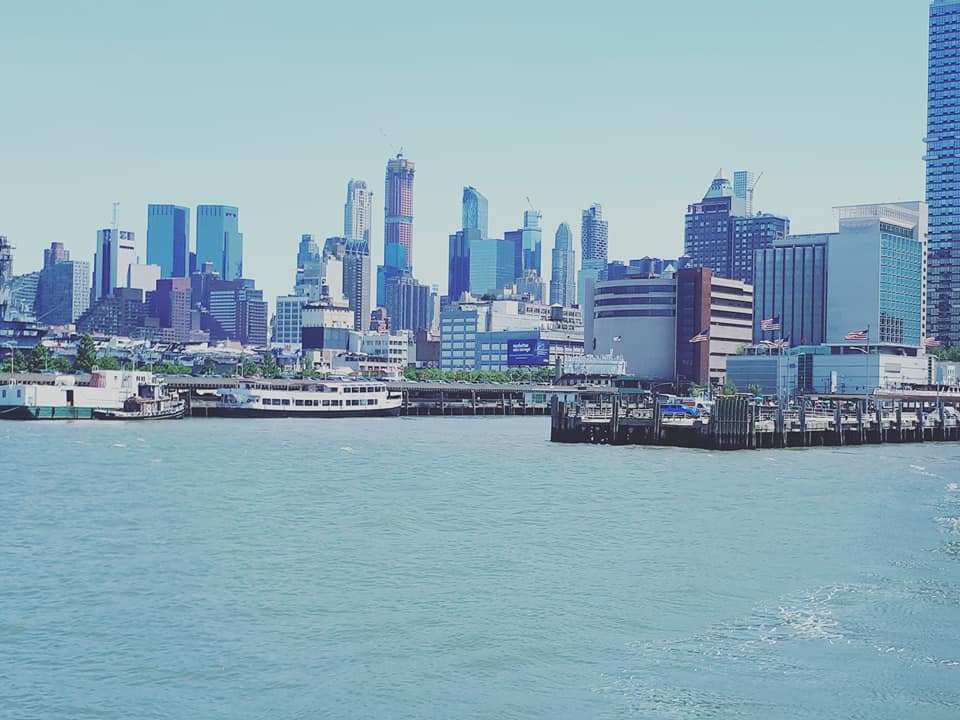 Started in 1945 Circle Line is one of the oldest NYC cruise companies and offers lots of different options for seeing the Big Apple from the water. 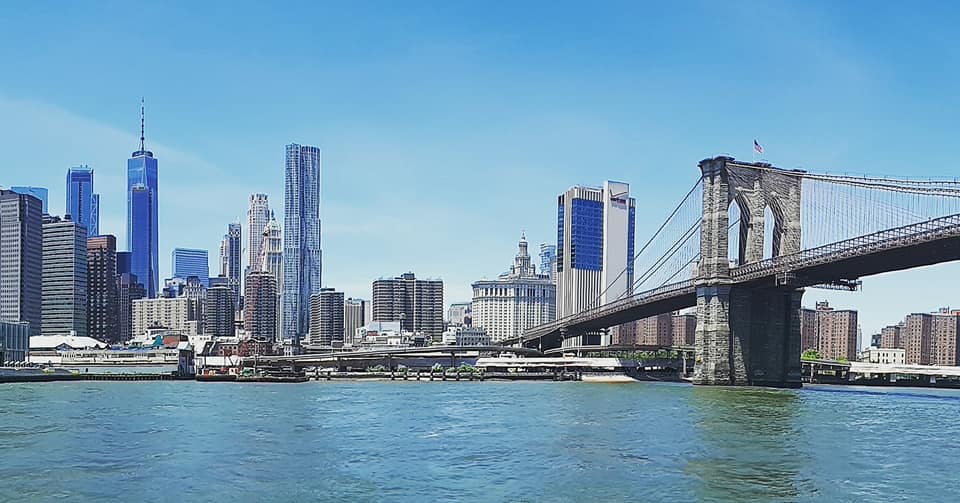 Departing from Pier 83, close to the Intrepid Aircraft carrier that now serves as a museum, we opted for the Landmarks Cruise.

Two and a half hours of gentle floating between some of the most iconic sights the city has to offer. 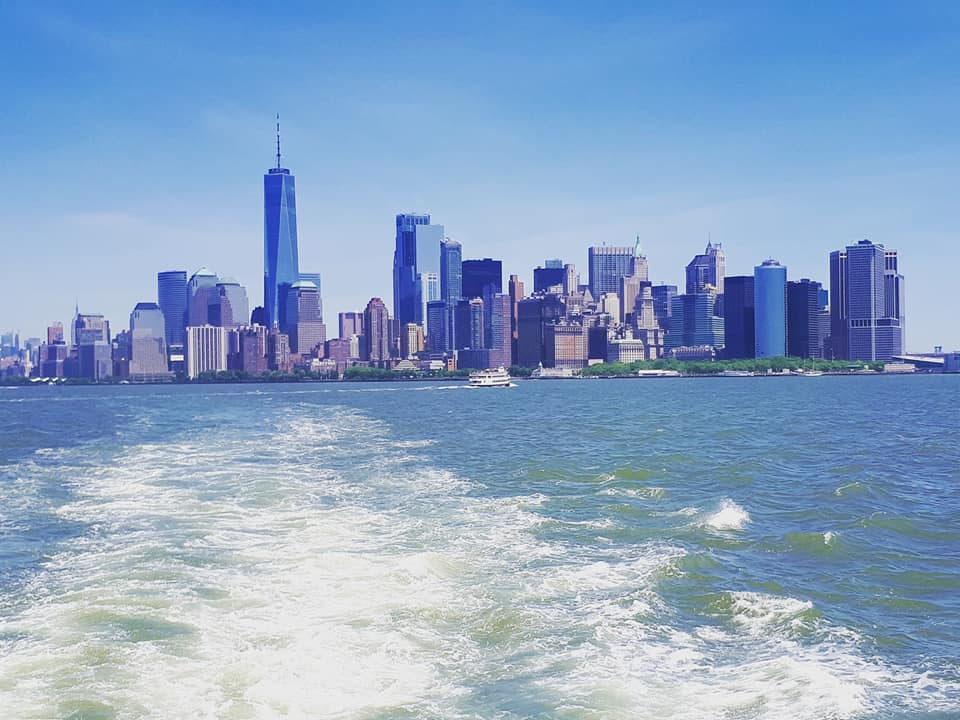 From the comfort of the deck you can see it all, from the One World Centre to the Empire State, the Chrysler Building to the Brooklyn Bridge. 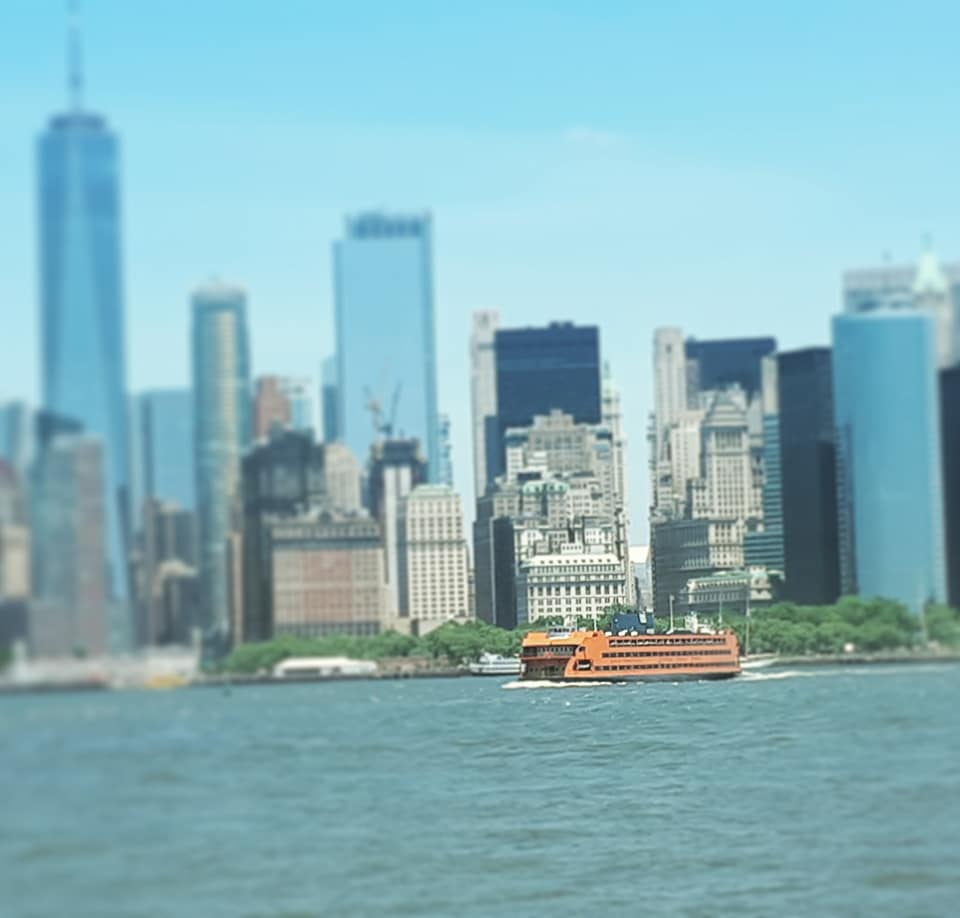 And of course, the most iconic green woman ever created – Lady Liberty. I don’t pretend to be cool about it, the hubby remains impassive but he is excited inside – I think! 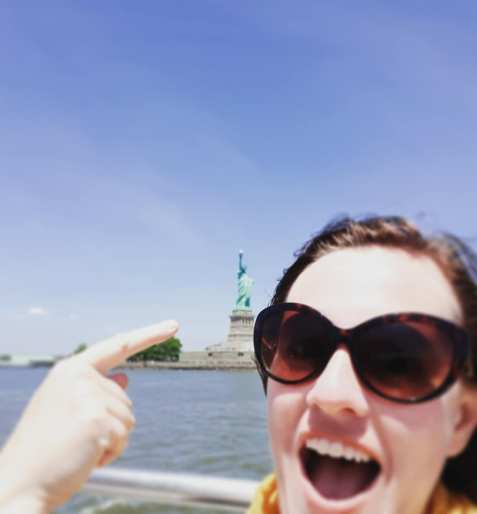 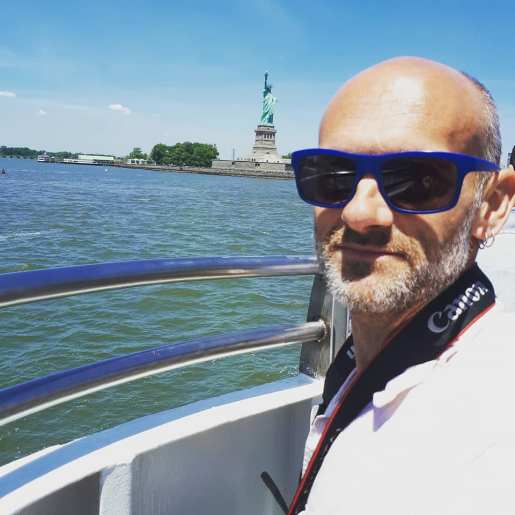 Here’s a few phone snaps of the lady herself – not great quality but you get the gist. 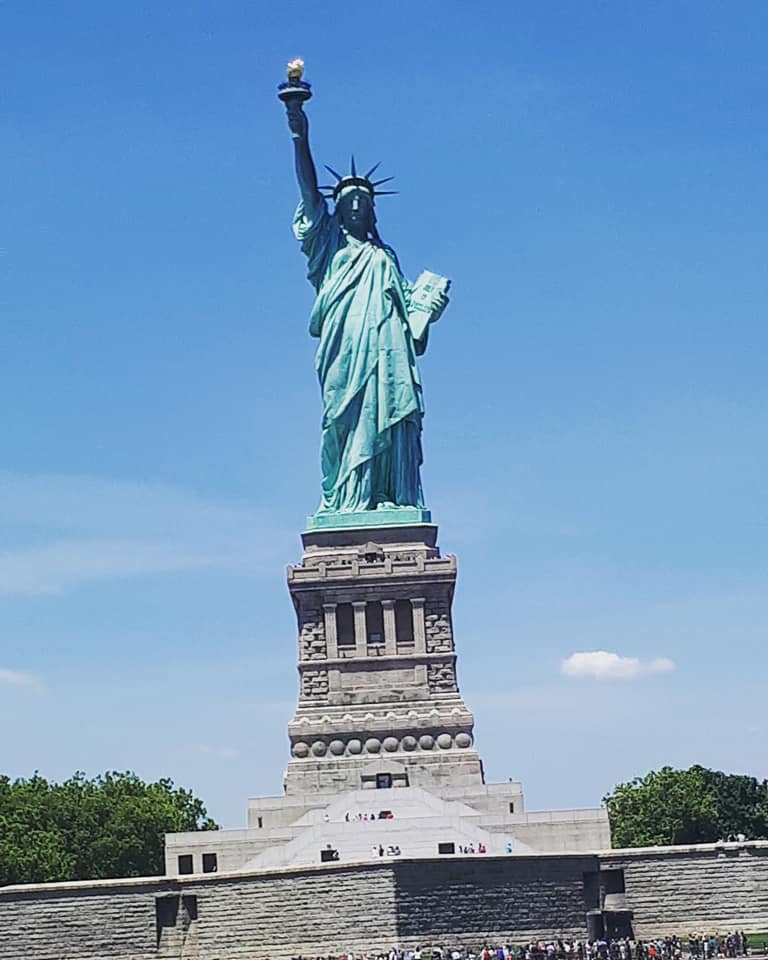 Later on in our trip we’ll get to climb up to the pedestal of this world famous landmark for a proper up close look at here. 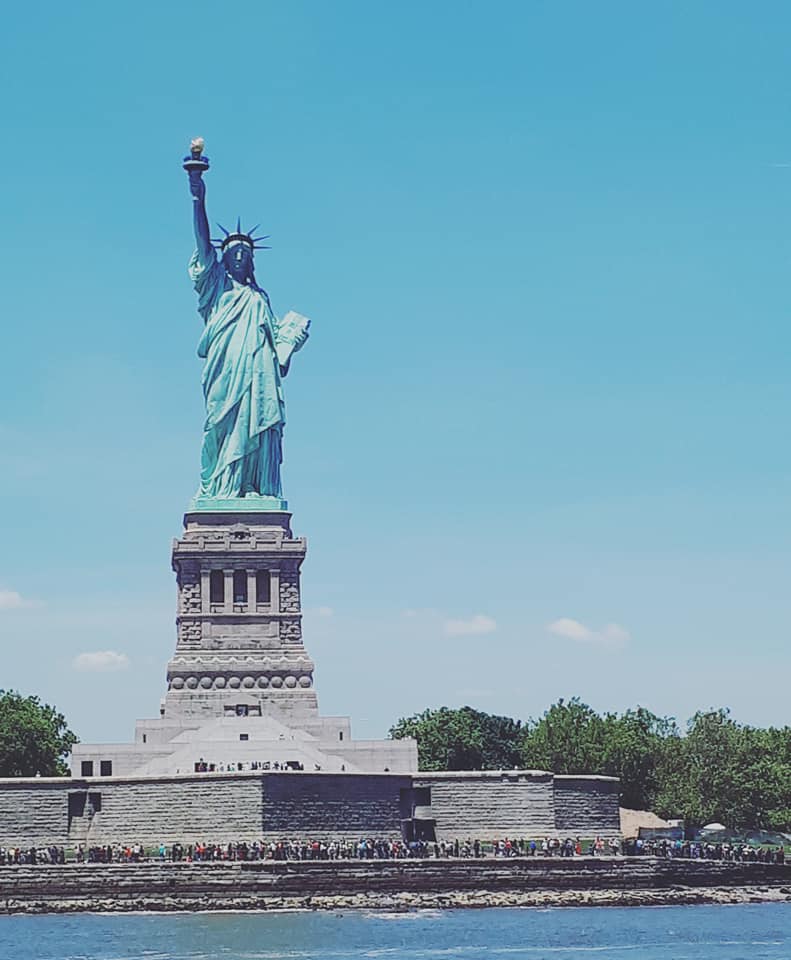 After bidding goodbye to her for a while the cruise carries on to the three impressive bridges that span the East River – below is just one of them. 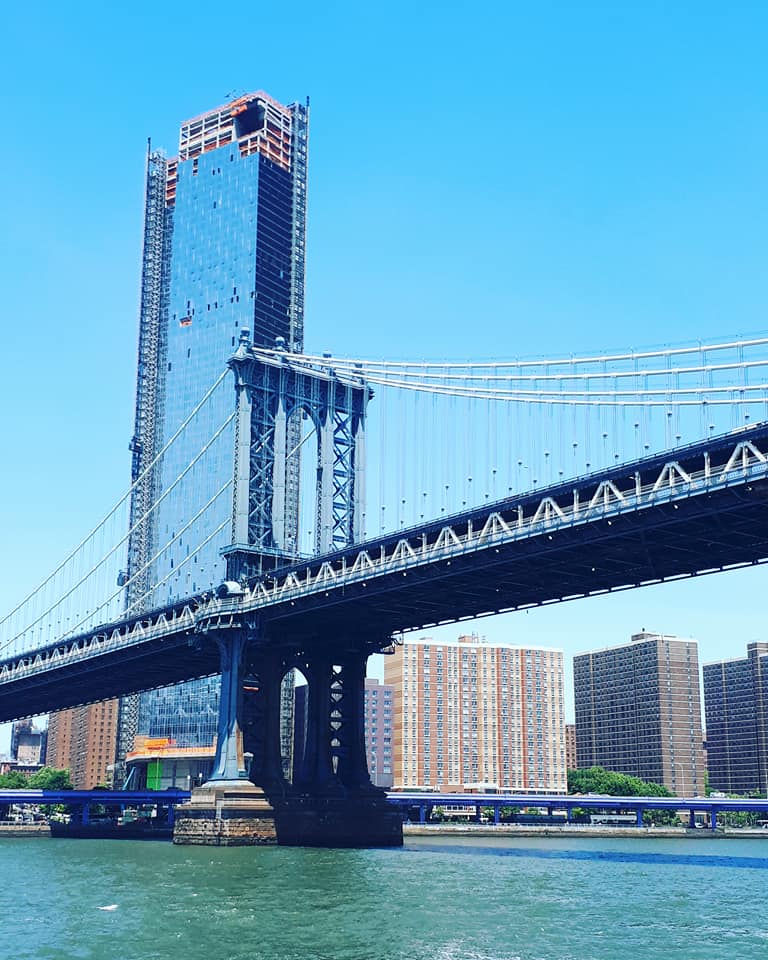 We got the cruise as part of the New York City Pass which saved us some money and also time queuing at several attractions.

It’s well worth a look if you know exactly what you want to see and have the luxury of a few days to see them in.

Other passes tend to make you cram everything into one, two or three days but this one allowed you to do them at leisure over nine days.