Back through the whirling mists of time now peeps, back to a fantastic break to Venice, the elaborate, gorgeous, decaying, sinking city of canals, mists and gondolas.

We arrived in the dark to find the B and B we had chosen had doubled booked our room and had an alternative for us for one night.

Up and down steps, around back streets, until we arrived at what we termed “The Coffin Room”.

Set below ground level, with no windows and creepy wood panelling, it is, to date, the worst room we have ever slept in (or not, as I was convinced we were going to be kidnapped in the night and sold to American hunters to kill for sport, Hostel style)

Here’s Neil in the creepy room that was so damp the sheets felt wet!! 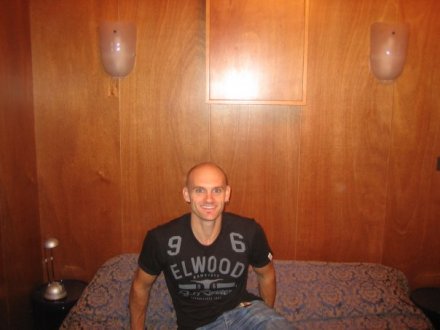 Not a great start to the Venitian experience it has to be said, but onwards and upwards. The next day we were transfered to our chosen B and B and finally got to see some of the city.

First up obviously was Pizza San Marco (St Marks square), the Basilica, Campanile and the Doges Palace.
St Mark’s Basilica is highly ornate and the most famous of the city’s churches and one of the best known examples of Byzantine architecture.

Here’s part of the facade of St Mark’s basilica. It’s a beautiful 19th century gold mosaic of the Last Judgement.

Here you can see the Doges Palace on the right, its beautifully patterned with red and white. The palace was the residence of the Doge of Venice, the supreme authority of the Republic of Venice.

Here is some more detailing from the ornate facade of the Palace. 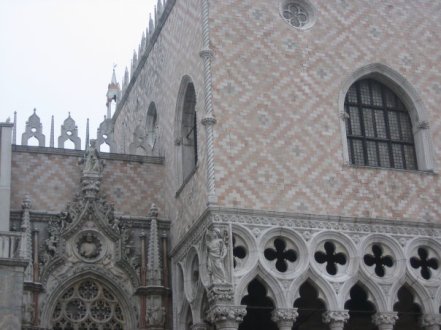 Here I am next to the Grand Canal, the water is lapping my feet!!

Next up we are nipping onto one of the water taxis (vaporetto) that cruise the Grand canal and the rest of the waterways for a zip around the sights.

Line 1 plies its trade up and down the Grand Canal, sort of the M1 of Venice, where all sorts of waterbourne crafts zoom around. Here we are, gosh we look young!! 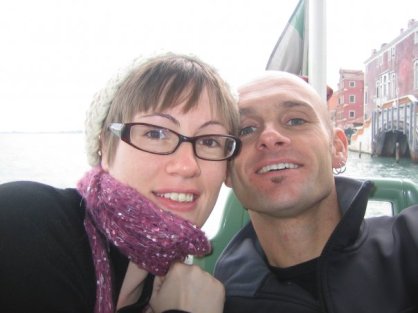 The banks of the Grand Canal are lined with more than 170 buildings, most of which date from the 13th to the 18th century and demonstrate the welfare and art created by the Republic of Venice.

Some of the main sights include the Rialto bridge, the Ponte dell’ Accademia and numerous palaces that emerge directly from the water.

Here’s some snaps as we cruised past ornate buildings and tiny hidden gardens and later as we criss crossed little bridges and rambled the back streets. 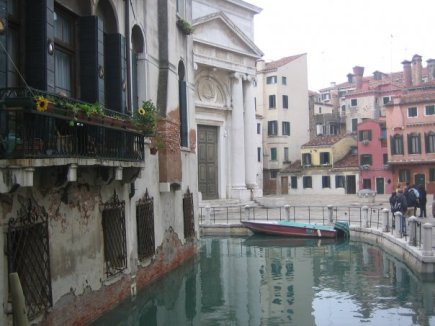 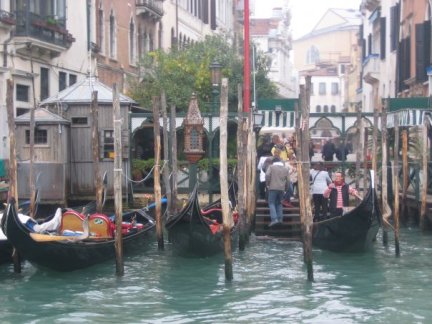 Lots of ornate windows to be found. 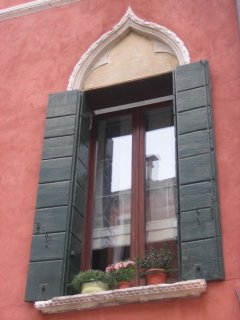 This bizarre thing is advertising where the Bridge of Sighs is being renovated, it’s like a strange car advert / Disneyfied version of it!

Next up Gondolas and the colourful delights of Murano and Burano.