Putting aside thoughts of more exotic travel for the time being, we are heading to London over the long April weekend.

London is big. And confusing. Like this map that looks like coloured string in a washing machine spin cycle.

Being simple country folks based in scenic Derbyshire we do enjoy a trip to the big smoke at least once or twice a year.

Two or three days in the manic hustle and bustle of our capital city is enough to remind us of why we don’t actually ever want to live or work there – being stuffed into someone else’s armpit on the underground for any length of time is reminder enough!

Not that there’s anything wrong with the city, indeed we love it, otherwise we wouldn’t keep on going back. But this year I am not sure what or where we will see. We’ve been so many times . .. .

Last year we did some touristy things including HMS Belfast, walking over the upper gantries of Tower Bridge, visiting Kew Gardens, being terrifed by the mime artists on the banks of the Thames. 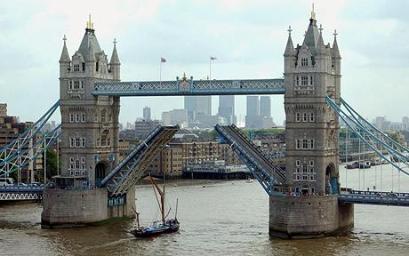 See this? We’ve over walked this.

So what this time? We’ve visited the boho, student chic of Camden, rooted through the retailer supplier shops on Font Hill Road, rummaged through antiques in the huge Portobello Road market. Spent time and money in Spital Fields and played spot the Monopoly streets.

We spent the hottest day of last year in St James’ Park and admired the royal wedding preparations outside Buckingham Palace.

Over the years we’ve taken in the Gherkin, Selfridges, Oxford Street, the Shard, St Pauls, the Tate, the London Eye and everything in between. 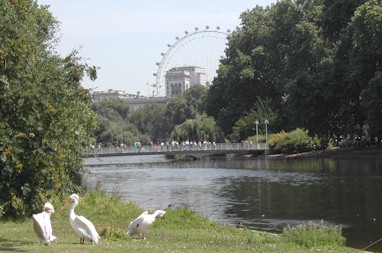 We’ve lounged around the V and A, gaped in awe in the Natural History Museum, hopped on and off the tube countless times and unashamedly laughed at Cockfosters and Tooting Bec.

Plus thanks to various hen parties I’ve mixed cocktails in a swanky club, had numerous kareoke sessions, posed on red London buses, with police men and Johnny Depp lookalikes.

So what now – any suggestions? I need London inspiration on a tight budget, no West End shows or Cocktail bars for me. Give me cheap, give me easy – GIVE ME LONDON!!!!