Carrying on our wet and windy tour of the lovely little Isles of Scilly. Here we take a tour of the defences of the Garrison on St Mary’s.

They form one of the most remarkable and impressive coastal defence systems in England complete with tiny detention cell.

There’s also a a sunken powder magazine, later called the Rocket House. Here’s one of the powder barrels.

Another feature to be found on the isles is this ornate, shell encrusted cavern that offers a brief respite from the driving rain! 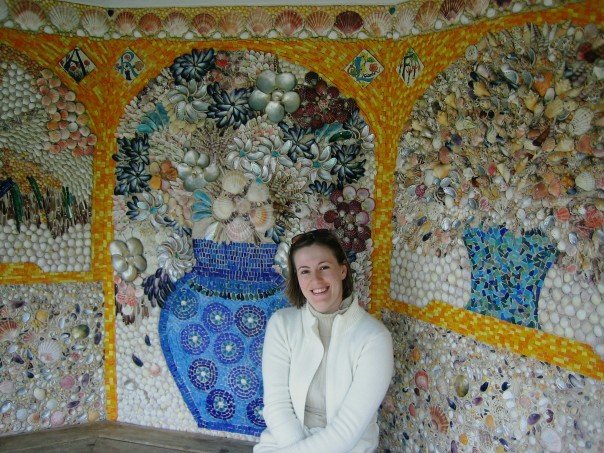 Rain aside, the scenery is stunning, here’s a peep through the window of another of the isle’s fortification, The Blockhouse. 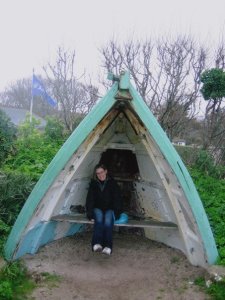 The Old Blockhouse, also known as the Dover Fort, is a 16th-century fortification on the island of Tresco. It was built between 1548 and 1551 by the government of Edward VI to protect the islands against French attack.

You can see for miles and the gorse bushes add a splash of colour to the scene.

It’s a beautiful place to spend a few days, exploring the islands and chilling out on the beautiful beaches.