The traditional village of Karterados is built beside a stream in a ravine and its existence is recorded back to the 17th century.

The original dwellings are cave houses built deep into the rock face and there’s a lovely traditional windmill in the main village square. 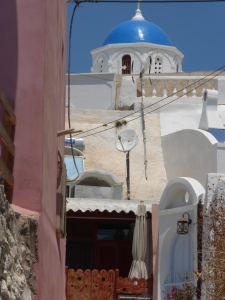 During the 19th century Karterados was one of the largest sea captain villages on the island. 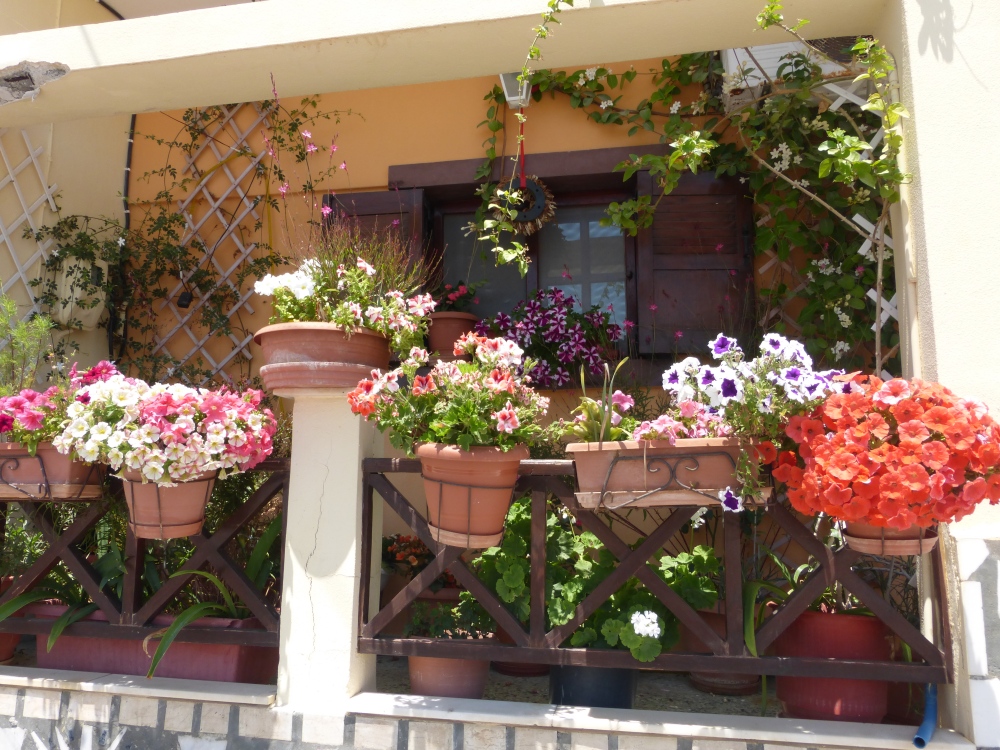 The name of the village has several explanations on the web – some say it comes from the Greek word ‘karteri’ a waiting point or ambush point because ambushes were set to trap marauding pirates.

Others say it means the watching or hidden spot due to the fact it nestles in the ravine. 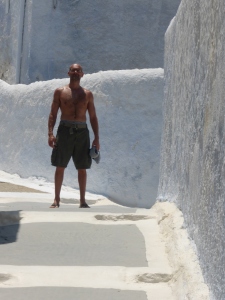 In fact, you’d miss a lot of the village if you don’t keep your eyes peeled. Hidden from the main road is the old village, a small neighbourhood of cobbled streets, Captains houses and cave houses built into the rock. 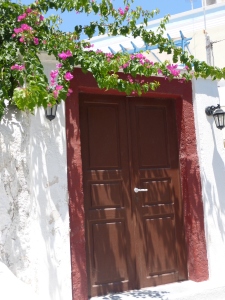 The older part of Karterados village is all but invisible from the main street. The rock houses have been dug out of the ground and their roofs are on a level with the pavement. 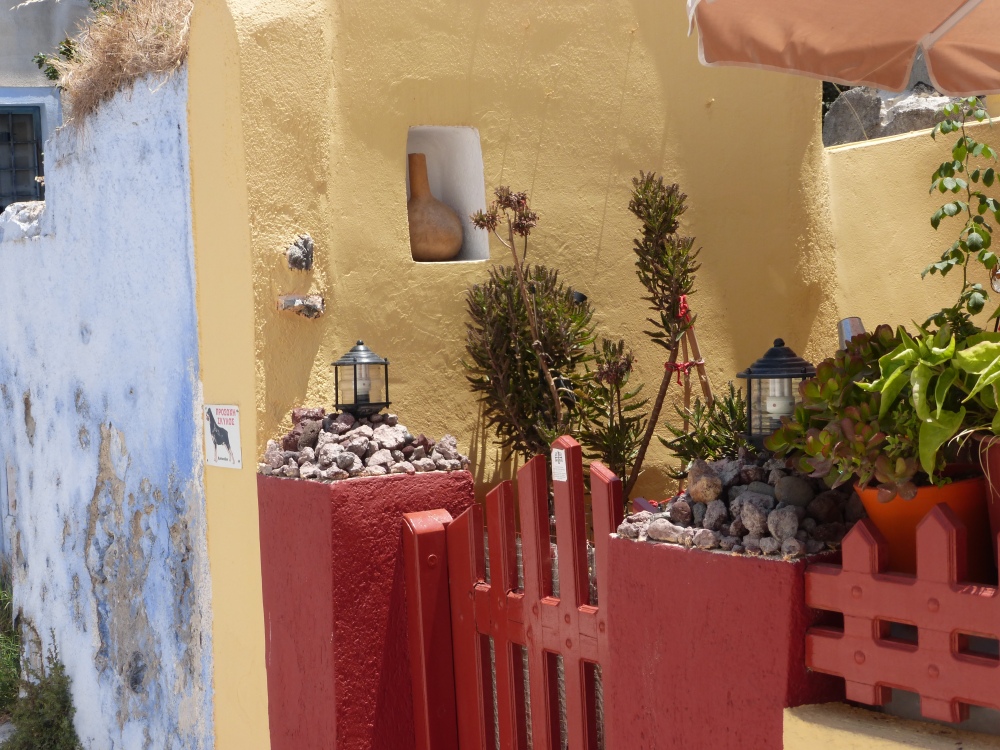 By the 19th century it had become a place of wealthy ship-owners. 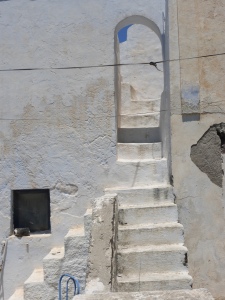 According to yet another web based naming story it took its name from the fact that villagers watched and waited for the return of the sailors who sailed to Russia, Malta and Egypt. 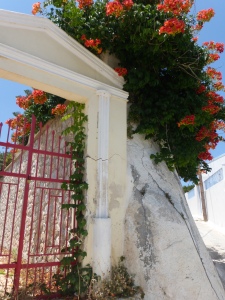 Either way, and regardless of the actual origin of the village’s name, it’s a pretty little place to spend an hour or so.