Are you sitting comfortable dear readers? Then let me tell you the tale of the most unsettling tourist attraction ever . . The Capucchin  Monk Catacombs in Palermo where around 8,000 mummified and skeletal bodies reside. 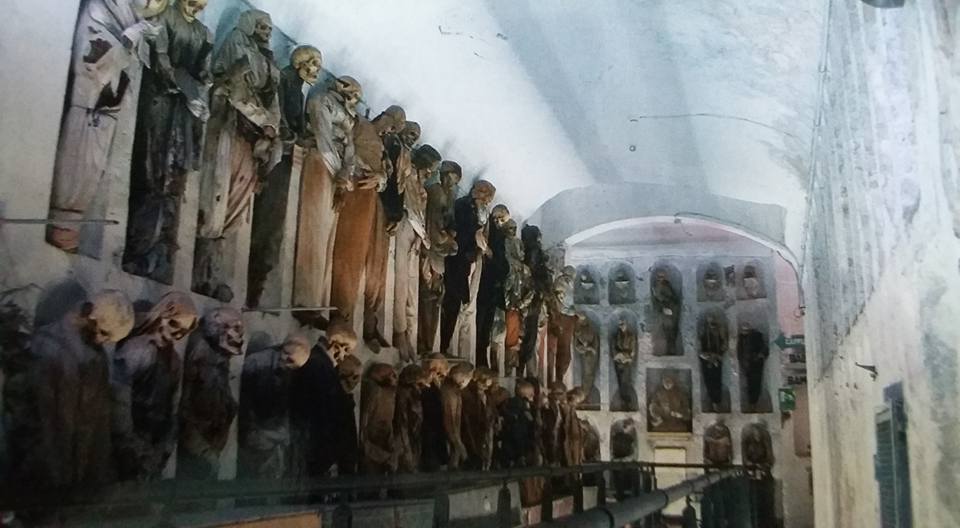 Apologies for the grainy images. Horrifically for a snap happy manic like myself no photos are allowed in the crypts themselves.

And though others decided to ignore the rules (some using camera flashes too like big nobheads!) above all, I am a rule follower . . so I bought the postcards and you’ll have to make do with snaps of those instead!

Bodies are strung up in alcoves or lying in glass fronted or decaying wooden coffins stacked three or four high. 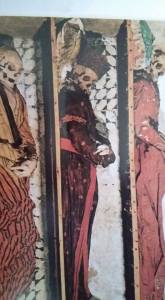 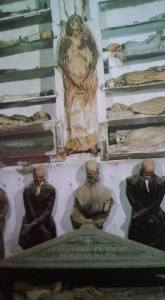 There’s a women’s section, men’s, professionals, priests and saddest of all – one for children and babies.

You can still catch glimpses of the finery that they were interred in. Women with satin and lace gowns and little girls with tattered floral garlands in their hair.

When you initially enter, along with a gaggle of chattering tourists, you can’t quite believe what you’re seeing. One too many late night horror films might have inured you to bone, and skin and death.

But linger a while. Wait till the crowds disappear and take another slow walk around. That’s when a palpable dread starts to descend.

That’s when it becomes a little too plausible that the dead might stretch bony arms and turn curious, empty eye sockets towards the living.

The multitude of bodies were preserved in a variety of ways, dipping in arsenic or lime or by slow dessication in one of the “strainer” cells where your corpse was left to dry.

You can still peep through the bars into one such cell, the floors and walls stained with green. I shudder to think what that might be residue from.

Above you can see two of the original Cappuchin monks, many have ropes around their neck. A sinister seeming addition but actually it’s probably to represent penitence.

Here’s a married couple, destined to nag each other for all eternity. Hubby still resplendent in his velvet jacket and wife in lace and satin.

Some are far better preserved than others. Some still have skin, hair and clothing while others are just death head skulls sat atop oddly over stuffed bodies.

The most disturbing are those who’s faces seem elongated into permanent screams. Mouths slackly open as gravity takes its toll on the flesh.

Below are a few more of the dusty tomb’s inhabitants. 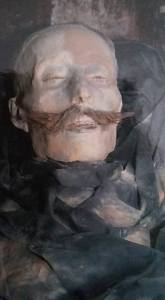 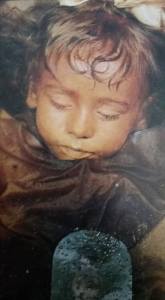 On the right is the crypt’s most famous inhabitant. A little girl aged just two called Rosalia Lombardo who died in the 1920s but is remarkably preserved thanks to a secret method that was invented by Dr Solafia.

He took his creepy methods to the grave. Some might say thankfully.

What do you think? Do you fancy taking a turn along the musty corridors and gaze upon the faces of the long dead?

Not everyone’s cup of tea I must admit, but still a fascinating, head on reminder of our own mortality.