The Alfama  is the oldest district of Lisbon, spreading on the slope between the São Jorge Castle and the Tejo river. 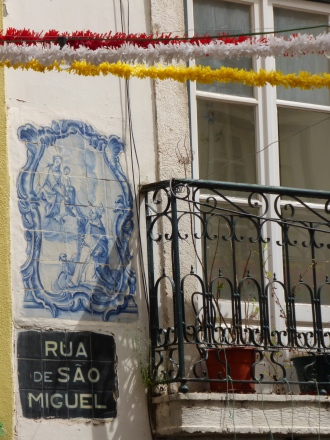 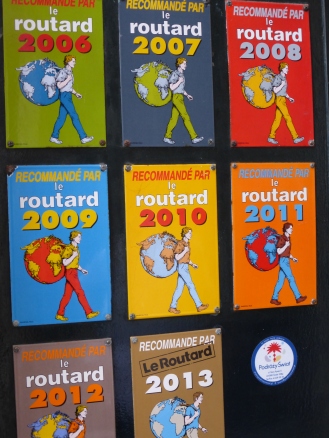 Its name is believed to come from the Arabic Al-hamma, meaning “hot fountains” or “baths”. 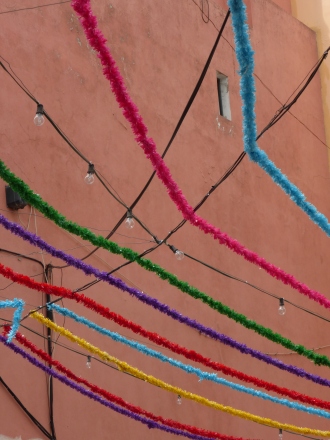 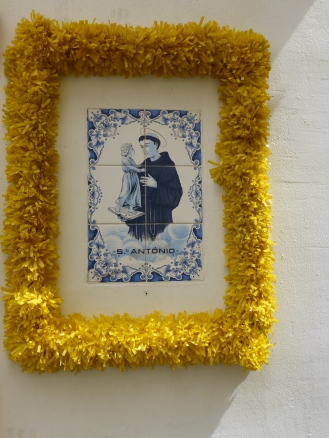 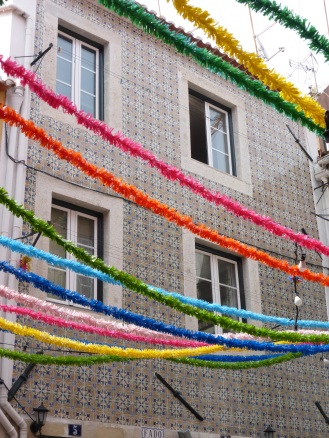 During the times of Moorish domination, Alfama constituted the whole of the city, which later spread to the West (Baixa neighbourhood).

It’s a twisty labyrinth of narrow streets and small squares.

Lately the neighbourhood has been invigorated with the renovation of the old houses and new restaurants where Fado, the Portuguese’s soulful melancholy music, drifts out of darkened doorways.

This means that a walk through this neighbourhood feels like a step back in time as the architecture and streets are so much older than the rest of the city.

Because its foundation is dense bedrock Alfama survived the 1755 earthquake that destroyed Lisbon and its surroundings.

It is a village within a city still made up of narrow streets, tiny squares, churches, and whitewashed houses with decorative tiles and wrought-iron balconies adorned with pots of flowers, drying laundry, and caged birds. 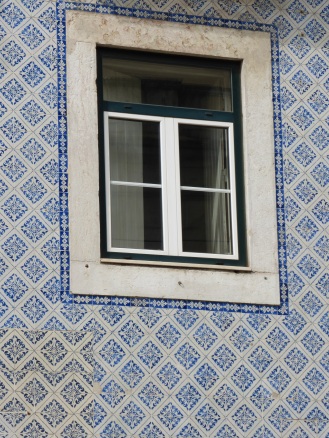 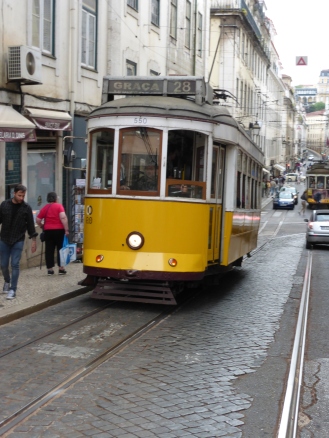 That’s all for now folks. Next up we head to Belem, crammed full of incredible architecture and monuments.