We hopped on tram 15 to head out from Lisbon centre to Belem for the day. Belem’s name comes from the Portuguese word for Bethlehem. 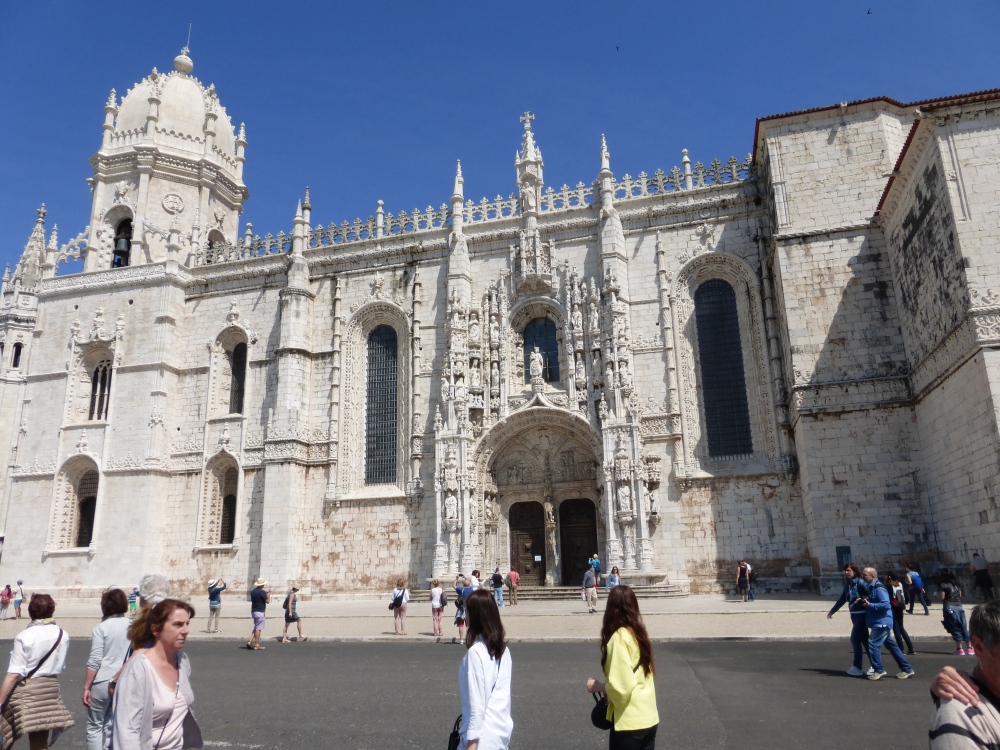 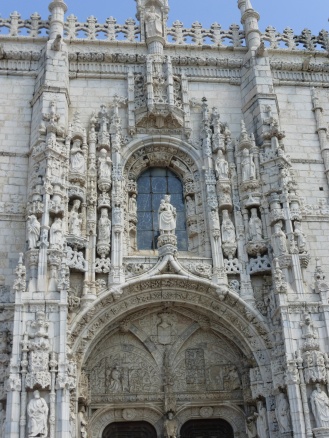 Jerónimos Monastery – located in Empire Square- was originally built to support pilgrims who travelled in the region by Henry the Navigator. 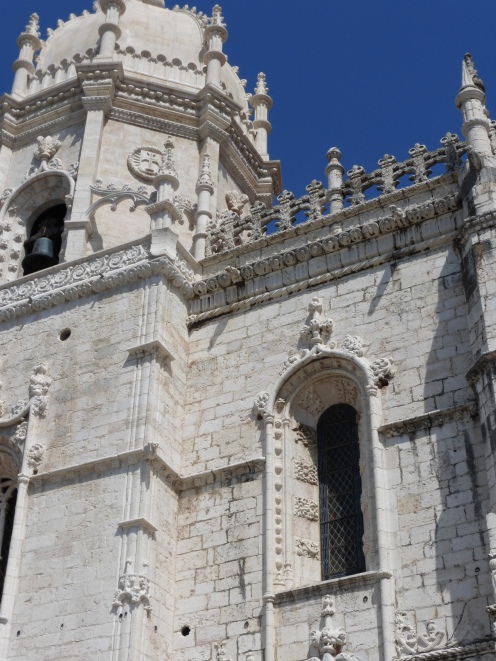 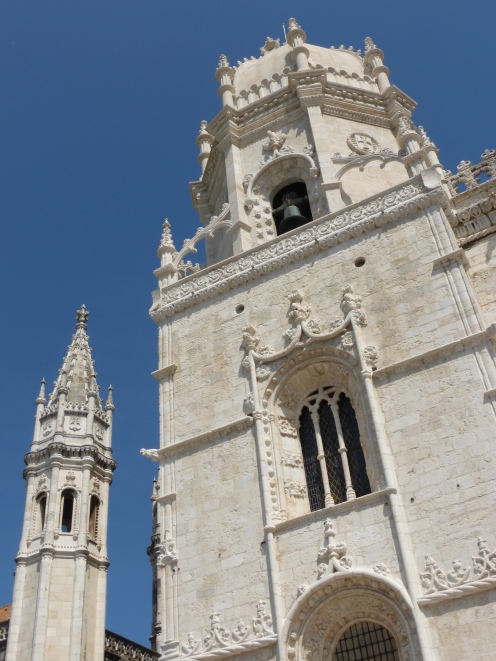 The monastery also served as a church for seafearing adventurers who embarked during the Age of Discovery and its construction was funded by a tax on eastern spices. 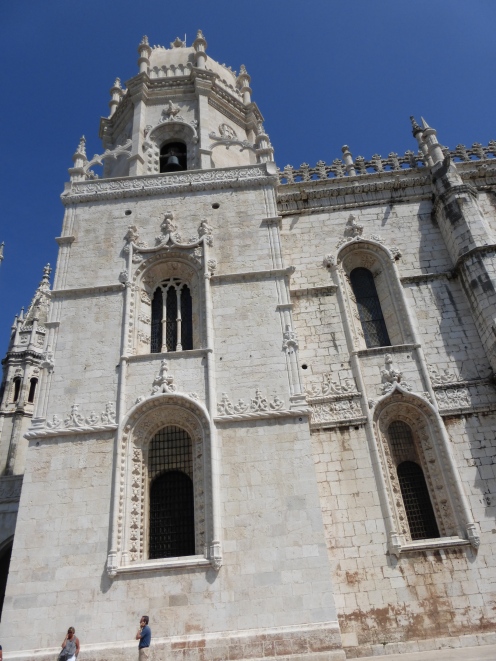 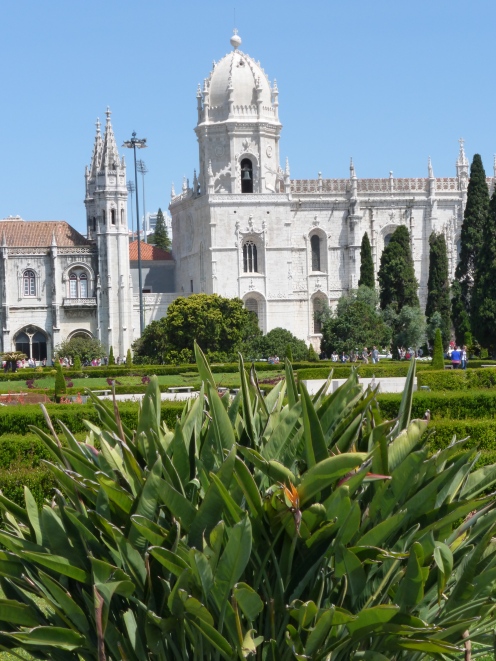 It was built in 1960 to commemorate the 500th anniversary of the death of Henry the Navigator.

The monument is sculpted in the form of a ship’s prow, with dozens of figures from Portuguese history. 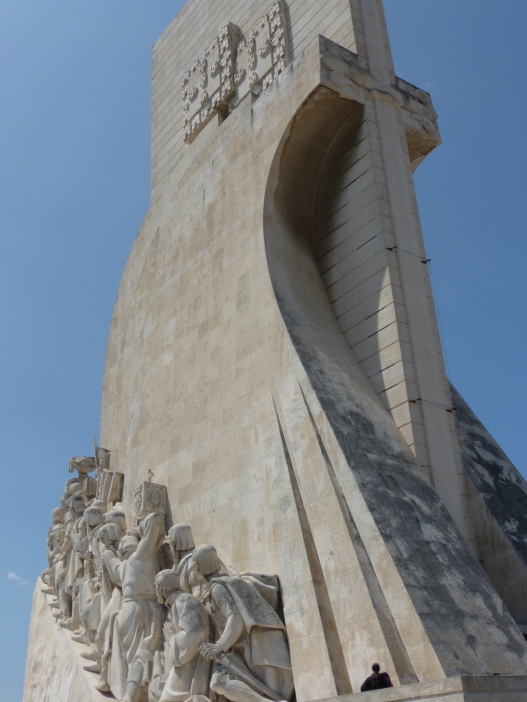 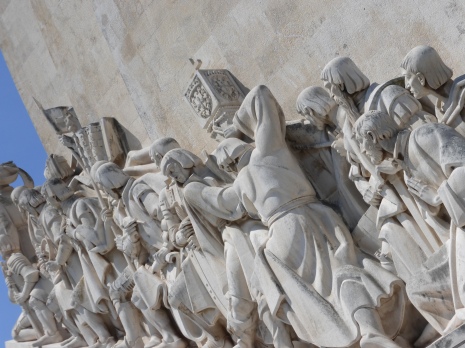 Below we head up the monument for some panoramic views we get waylaid by a temporary exhibition of dangling hearts with “deep and meaningful” thoughts. 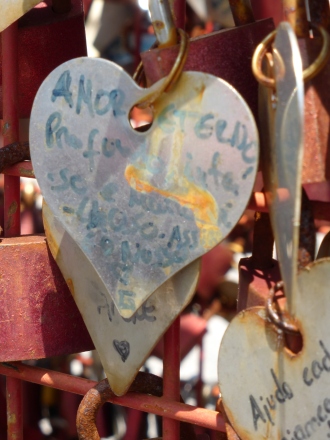 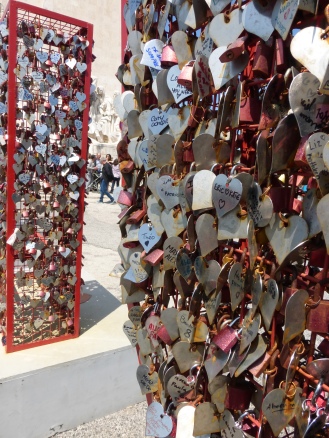 Especially this lovely one that of course the man managed to find out of the hundreds of hearts that actually had nice messages on them . . .  . 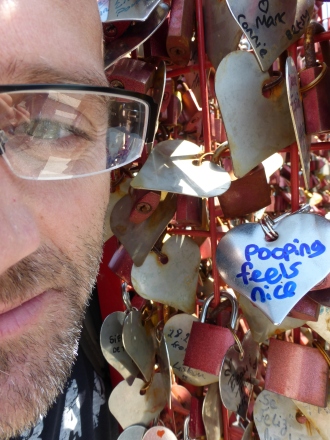