Our next stop is a sombre one – the now infamous town of Hiroshima, forever synonymous with the horrors of the atomic bomb. 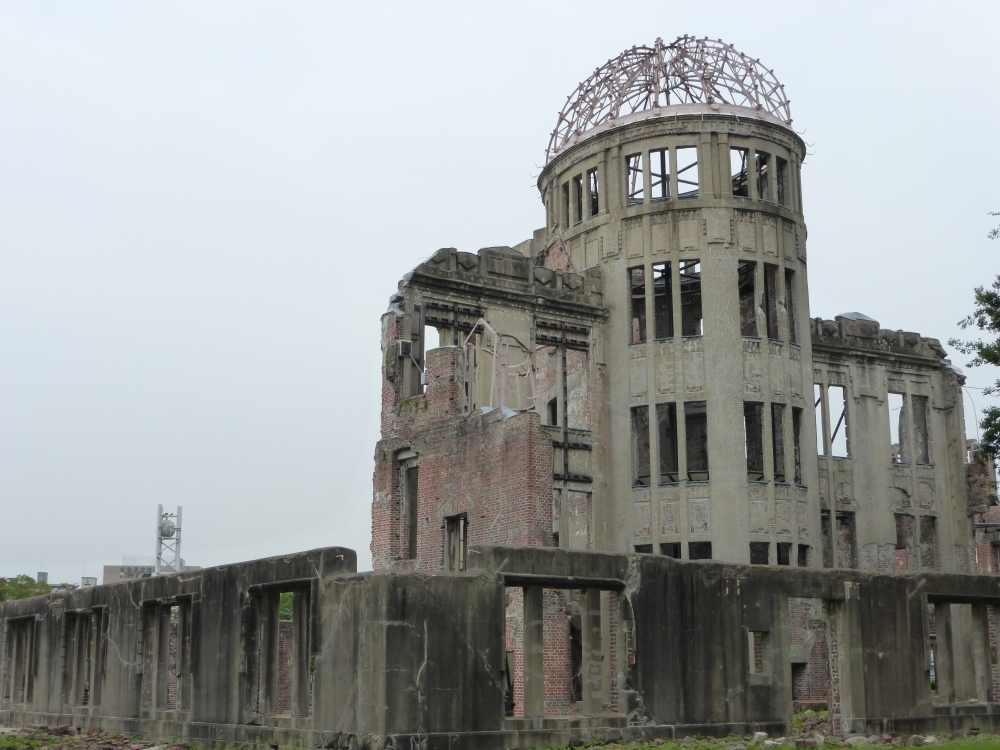 Whenever we travel, we do our best to try and get beneath the surface of a country, to see all sides of it and it’s history. This can sometimes mean uncomfortable, or harrowing viewing.

We did this in Thailand with the Hellfire pass and death railway, in Cambodia with the killing fields and in Poland with the claustrophobic horror of Auschwitz. 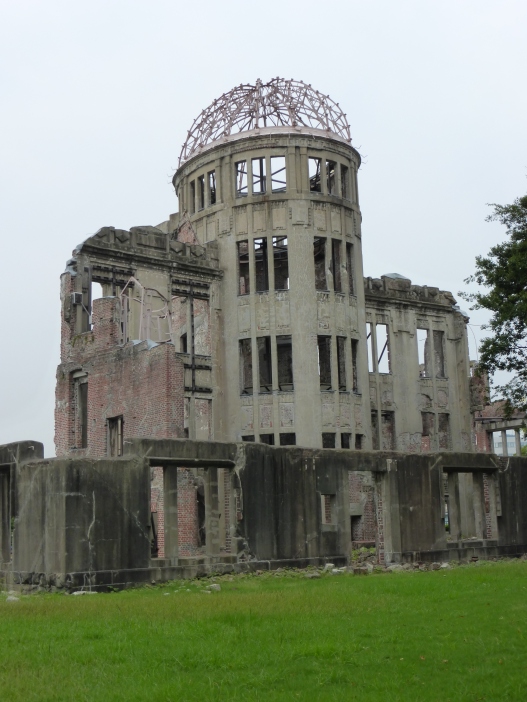 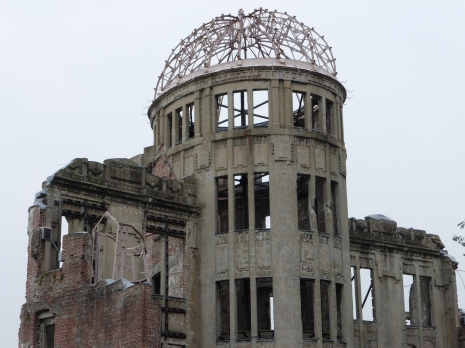 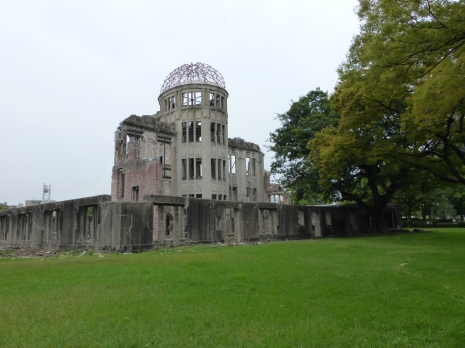 While for some people this might seem macabre, or distasteful, we feel that we owe it to the people of each country to try and fully comprehend their histories, for good and bad. 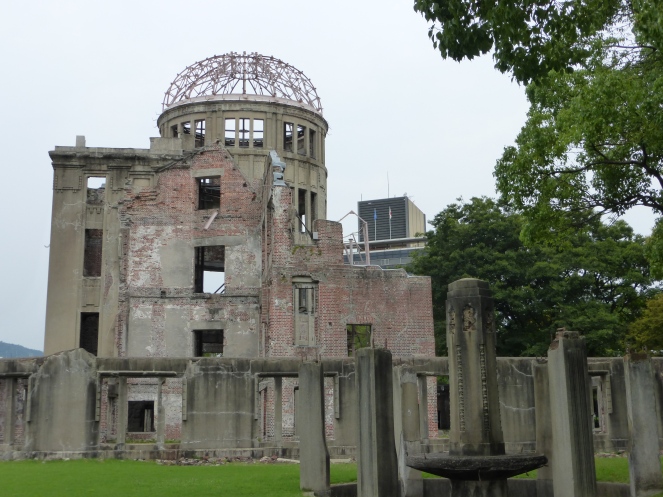 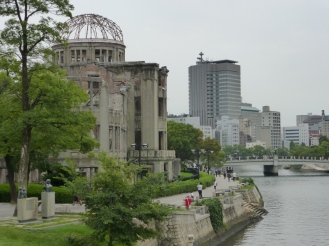 Little Boy was the code name for the atomic bomb dropped on Hiroshima on 6 August 1945.

The Dome was 160 meters from the hypocentre of the atomic blast but because the bomb exploded almost directly overhead, the building kept its distinctive shape.

Everyone inside the building was killed instantly. 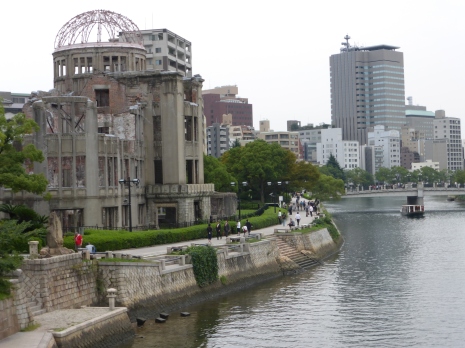 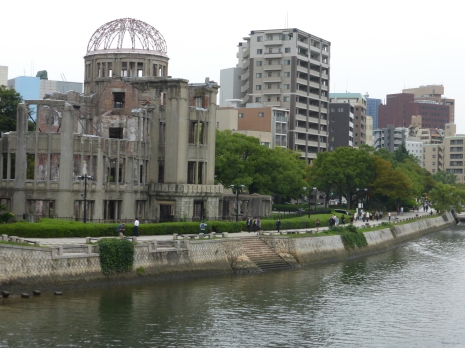 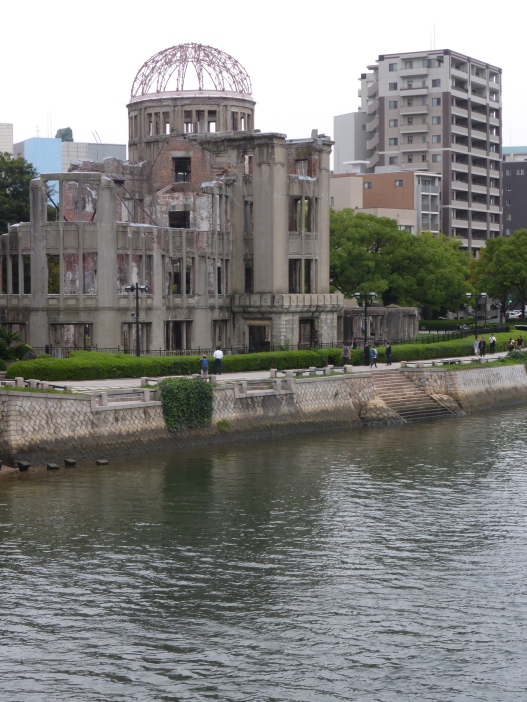 66,000 people were killed as a direct result of the Hiroshima blast, and nearly 70,000  were injured to varying degrees.

The dome was controversial, with some locals wanting it torn down, while others wanted to preserve it as a memorial of the bombing and a symbol of peace.

Ultimately, when the reconstruction of Hiroshima began, the skeletal remains of the building were preserved to forever stand testament to the horrors of war. 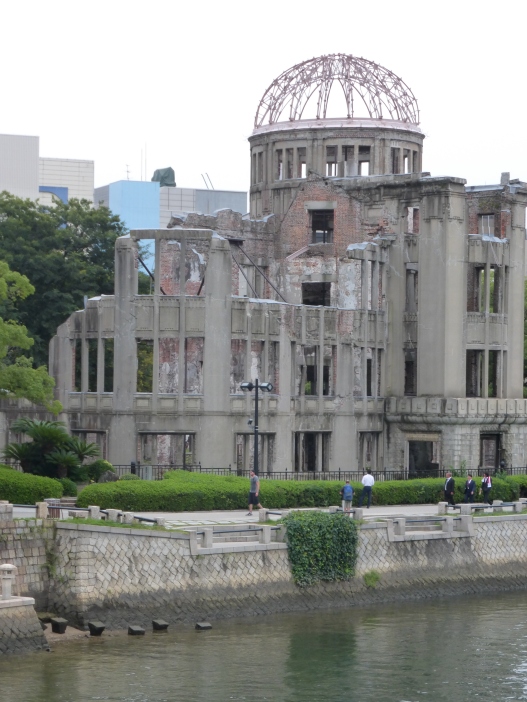 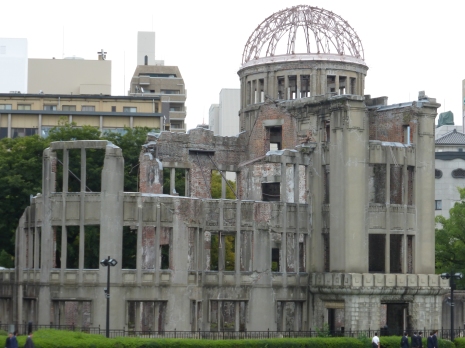 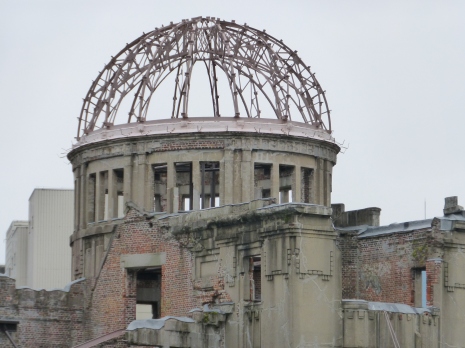 Close to the A bomb is a statue dedicated to Sadako Sasaki a little girl who was two years old when the bomb was dropped.

Sadako became one of the most widely known hibakusha — a Japanese term meaning “bomb-affected person”. 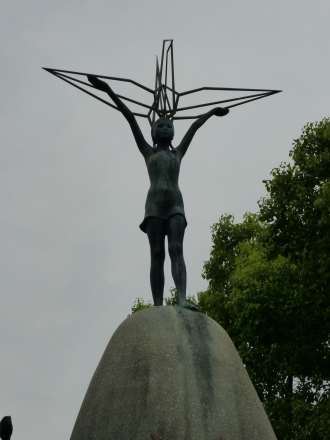 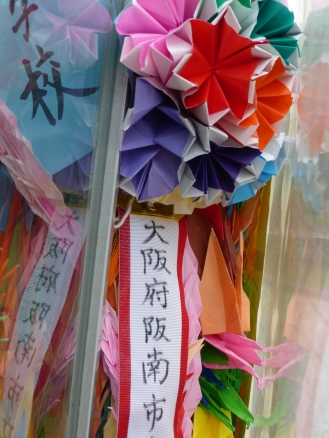 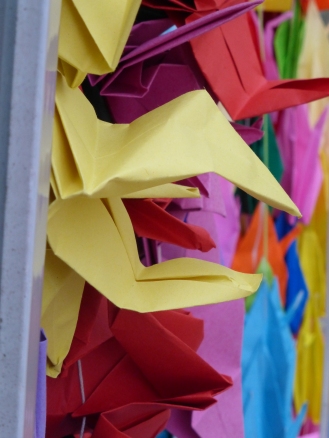 She is remembered through the story of the one thousand origami cranes she folded before her death, and is to this day a symbol of the innocent victims of nuclear warfare.

Sadako developed leukaemia nine years after the bombing, in a pattern that quickly became apparent as high levels of the illness began to occur as a result of radiation exposure. 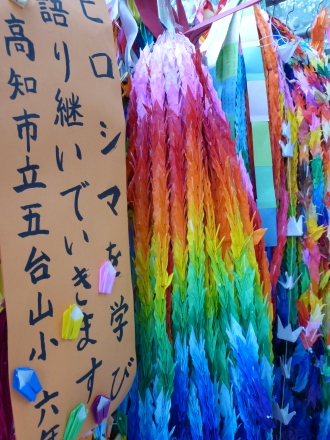 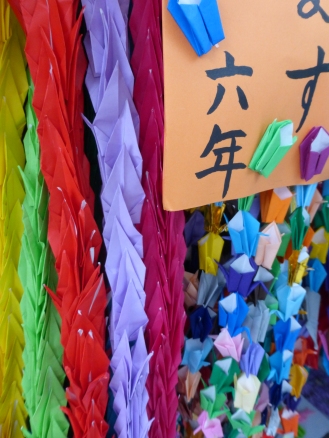 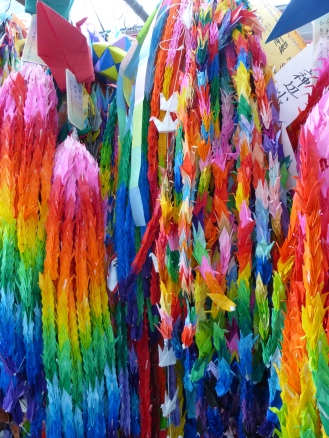 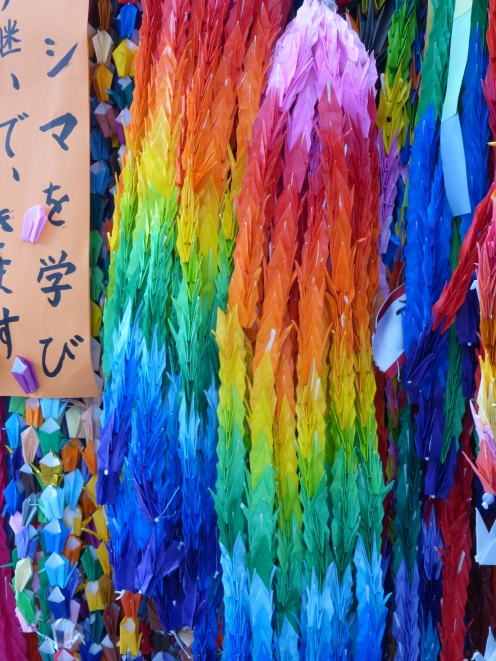 Her hospital roommate told Sadako about a Japanese legend that promises that anyone who folds one thousand origami cranes will be granted a wish.

She therefore set out to make 1000 of the cranes in the hope that she would get well but sadly she died aged 12. 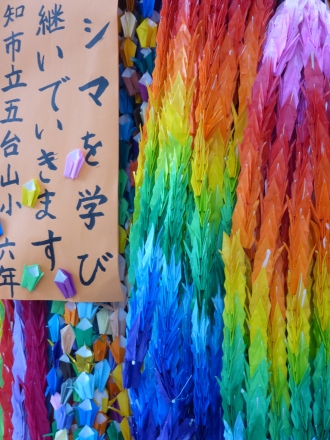 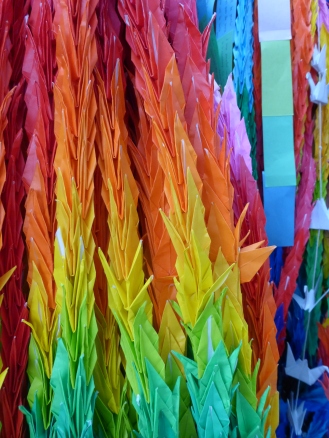 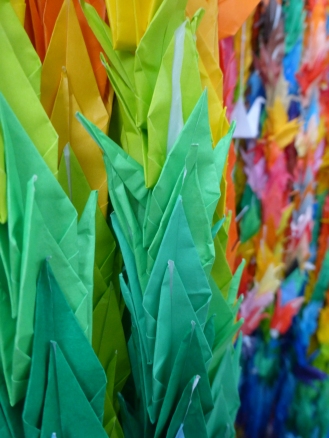 To this day people from around the world continue to make beautiful colourful chains of cranes in memory of Sadoko and for the hope of eventual peace on earth. 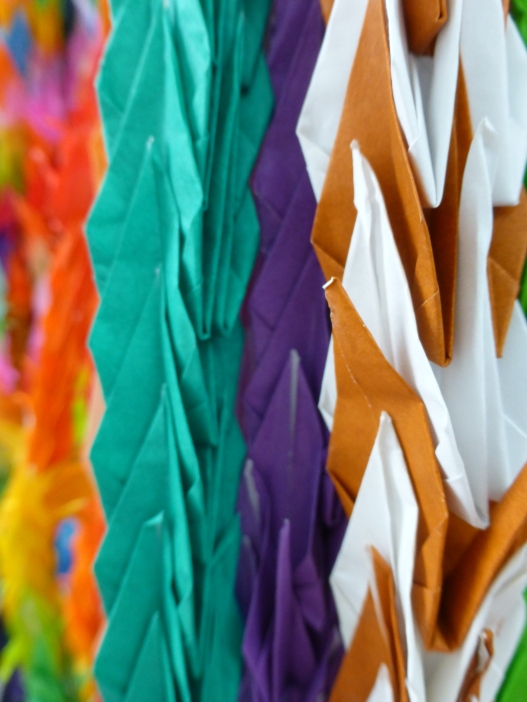 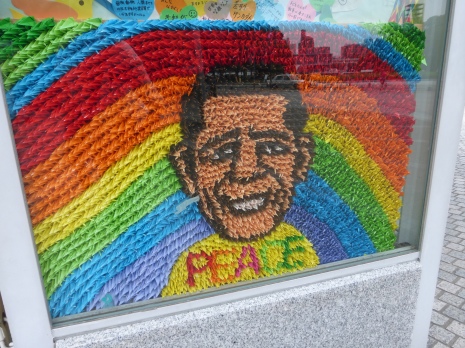 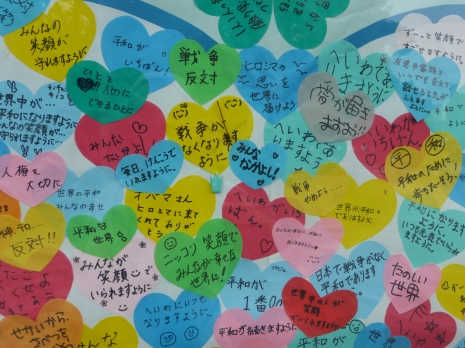