As well as stunning beaches Corsica also as an amazingly rugged interior full of spectacular scenery to explore.

Here we check out a solitary hiking hut which offers wide ranging views over the surrounding countryside.

We’re heading for the Piscia di Gallu hiking trail that will take us through some of the most incredible scenery on Corsica to see the most beautiful waterfall on the island.

Th walk starts off from a sizeable parking lot with a few pretty little restaurants, it starts off nice and easy with a ramble alongside the river and into the forest which is filled with fragrant Corsican Laricciu pine trees.

But very quickly the going starts to get a bit more arduous, especially for the human sloth that is me!

Below is just one of the many impressive rock formations – this is the sentinel rock on route to the waterfall in the forest of L’Ospedale.

While walking you’ll see numerous strangely shaped boulders which are known as Tafoni.

These are rocks that have been hollowed out by erosion of the wind and the rain.  Some were used in the past as huts by the shepherds and are called Orii.

Hilariously enough, after an hour and a half of sweaty trekking I don’t actually bother to make the final descent to the actual waterfall (the reason for the trip)!!

The hubby mountain goated his way down but of course didn’t take any photos! Doh!

Instead enjoy a few snaps of this serene lake in the middle of nowhere!

Hitting the road from Malaga we’re heading for our next destination – Seville. One route I spot several of these iconic bull silhouettes high on the hillsides along the way.

The Osborne Bull is the black silhouette of bull that stands on hilltops and along the roadside in many  Spain. 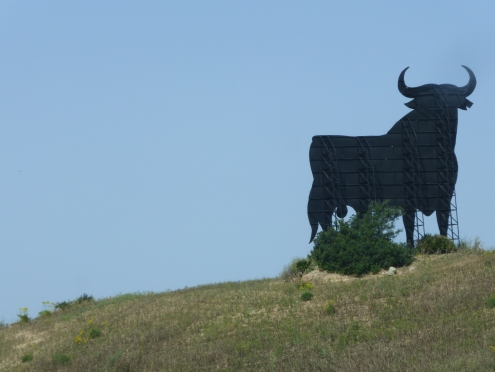 It began life as an advertisement in 1956 when the Osborne Group wanted to promote ‘Veteran’ brandy. Artist Manolo Prieto suggested the bull and the rest is history.

In recent times there have been attempts to remove the bulls on traffic safety grounds but this raised such a stink that they have since been classed as Andalucian heritage.

West of Alora you will find Malaga’s “Lake District”. A series of stunning turquoise lakes surrounded by fragrant pine forests. 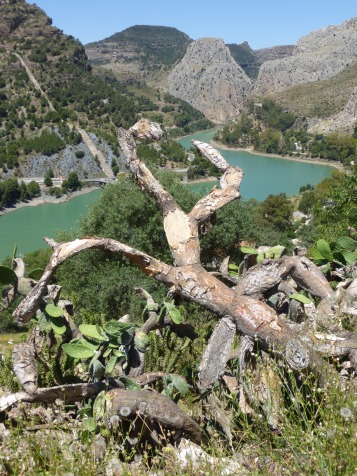 The Conde de Guadalhorce dam was officially opened in 1921 by King Alfonso XIII of Spain.

During the visit he took a walk along a specially constructed catwalk, called El Caminito del Rey meaning The King’s little Path.

The elevated walkway hugs the cliffs in a vertiginous, adrenaline junkie’s wet dream. 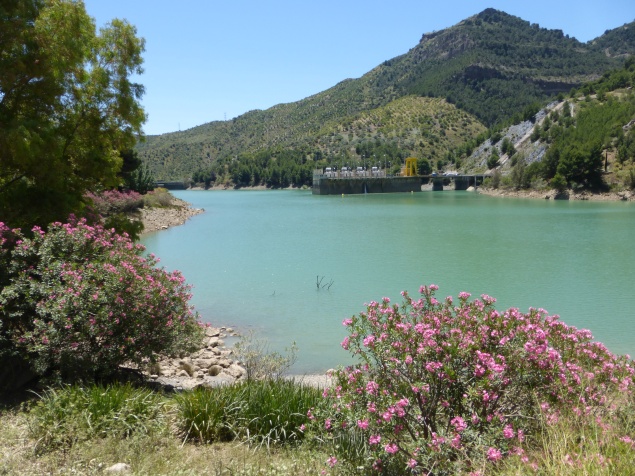 Below is a close up of the Guadalhorce river gorge with its vertigo inducing, bridge strung precariously across the middle. 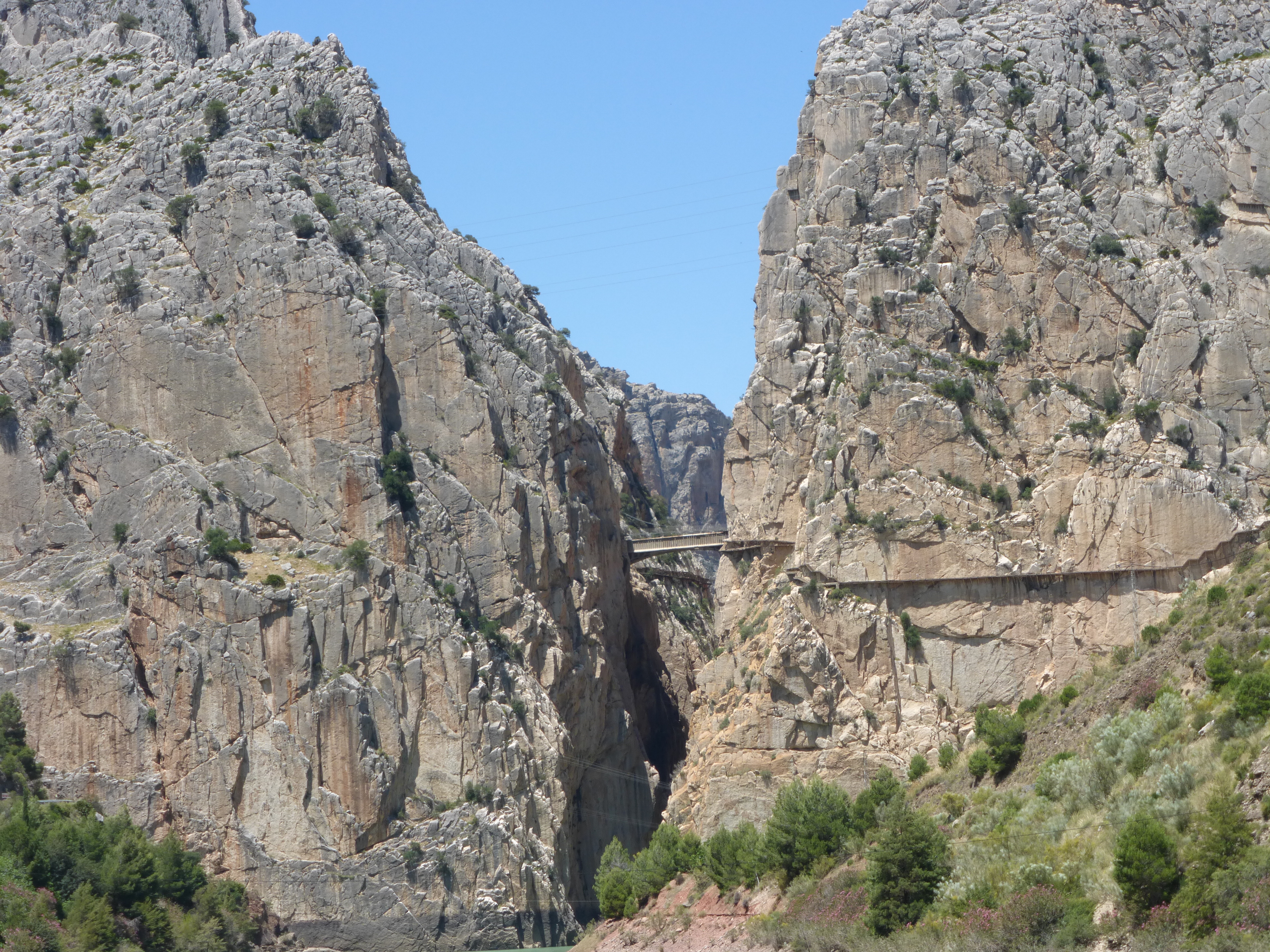