After Bosnia and Herzegovina declared independence from Yugoslavia, the town of Mostar was subjected to a bloody siege that left the town’s cemeteries filled with young men.

In 1993 the city was surrounded by Croat forces for nine months and much of it was severely destroyed by shelling. Residents were cut off with no electricity or food during the siege.

All around the town are haunting reminders of the conflict, more than two decades on. Buildings still wear the strafing scars of bullets while a rusting reminder of the siege sits directly in the path of tourists.

Shell casings were so numerous that they are now transformed into slightly macabre souvenirs to take home.

Mostar was divided into a Western part, which was dominated by the Croat forces and an Eastern part where the Army of the Republic of Bosnia and Herzegovina was largely concentrated.

However, the Bosnian Army had its headquarters in West Mostar in the basement of a building complex referred to as Vranica.

The HVO controlled all roads leading into Mostar and international organisations were denied access. Radio Mostar announced that all Bosniaks should hang out a white flag from their windows.

HVO forces then engaged in mass killings, effectively an ethnic cleansing on the Bosniak people of the West Mostar and its surroundings as well as a fierce shelling campaign on the Bosnian Government run East Mostar.

During the siege the 16th century bridge was completely destroyed having been hit by 60 mortar shells before it finally collapsed. It was later described as an act of cultural barbarism at The Hague.

All around Mostar are the reminders of conflict, the legacy of the horrors of war. The new Muslim cemetery is full of graves, nearly all of who perished in 1993 and 1994.

Apparently during the war, snipers would shoot at anyone who moved, making it difficult for families to bury their dead.

The city’s cemeteries were too exposed, but this former park was relatively safe from snipers. People buried their loved ones under cover of darkness. 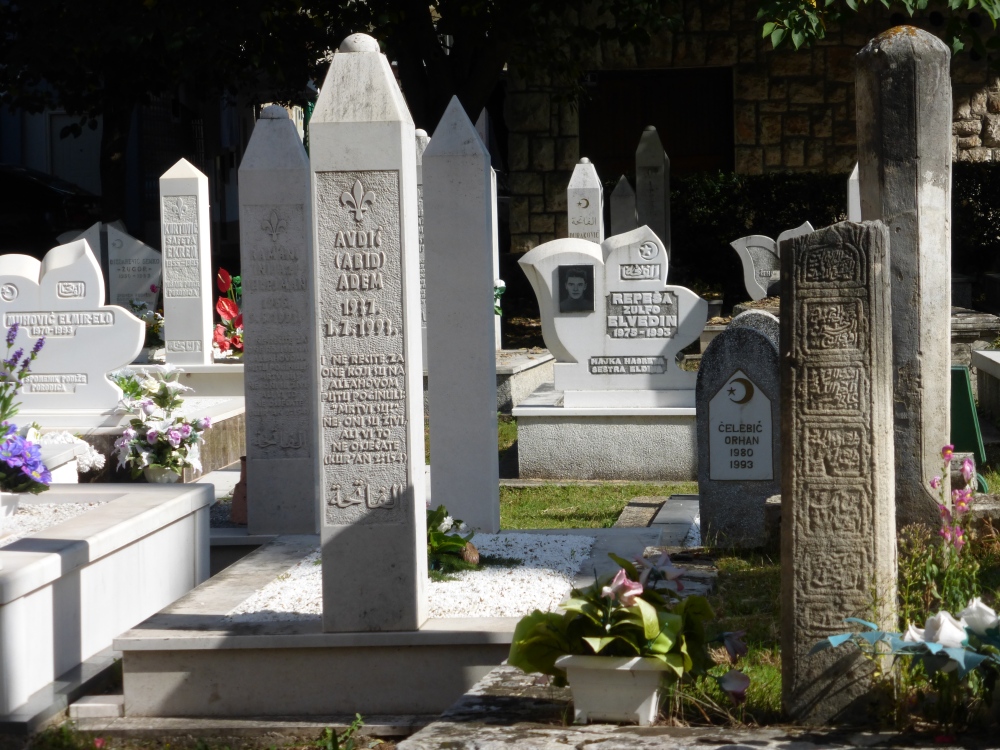