The town reached the peak of prosperity in the late 19th and early 20th centuries. Its prosperity was based on its merchant fleet, which traded in the Eastern Mediterranean. 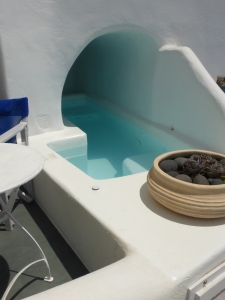 The two-story captains’ houses built on the highest part of the village are a reminder of the village’s former affluence and many have been converted into very swanky hotels and apartments.

The town has a myriad of white washed blue domed churches and quaint, traditional Cycladic houses and cave houses that are carved into the rock face on top of the cliffs.

In the late 19th and early 20th centuries, the town was a mariners town. The town’s fleet floated across the seas to build its prosperous trade with far flung countries. 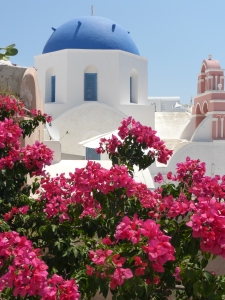 All around are the iconic blue cupolas of the many churches. Nestled next to the colour punch of hot pink bougainvillea it creates a mouthwatering scene.

Part of the town was destroyed by a huge earthquake in the 1950s. The 7.8 magnitude earthquake on 9 July 1956 caused huge amounts of damage.

The earthquake was followed by many towns folk leaving and in 1977 Oia had only 306 inhabitants. 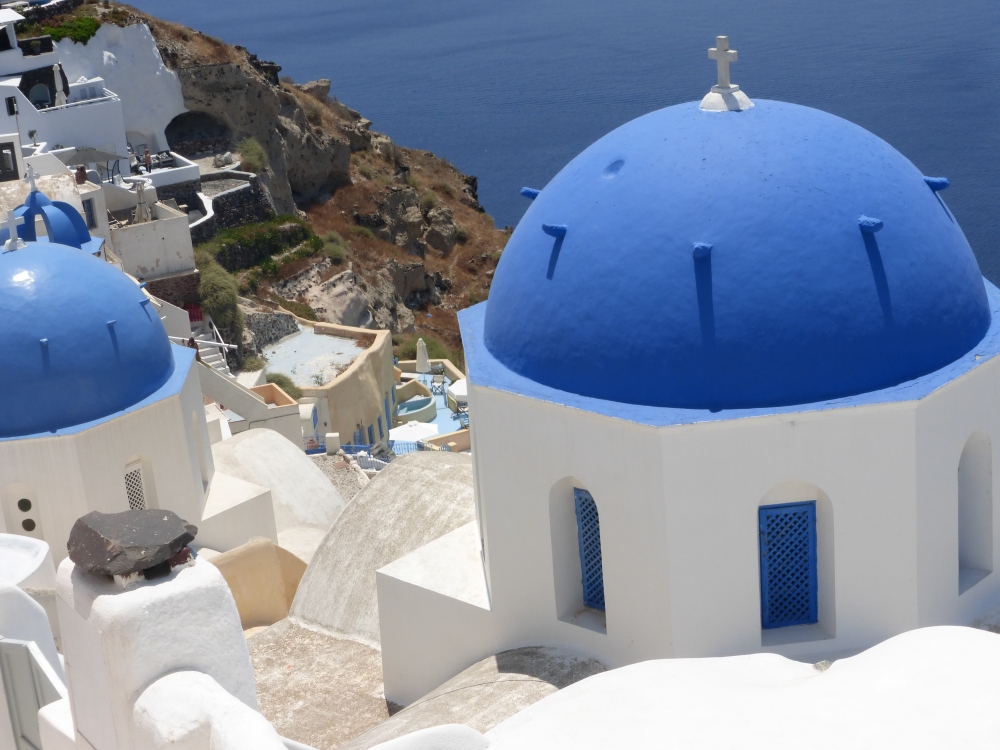 But finally, after traversing the winding back streets, I eventually come across the iconic view that I have been wanting to capture for years!

The blue cupola, the deep dark blue of the sea – here eventually was the quintessential image of Santorini that I had been hankering after for as long as I have perused travel brochures. 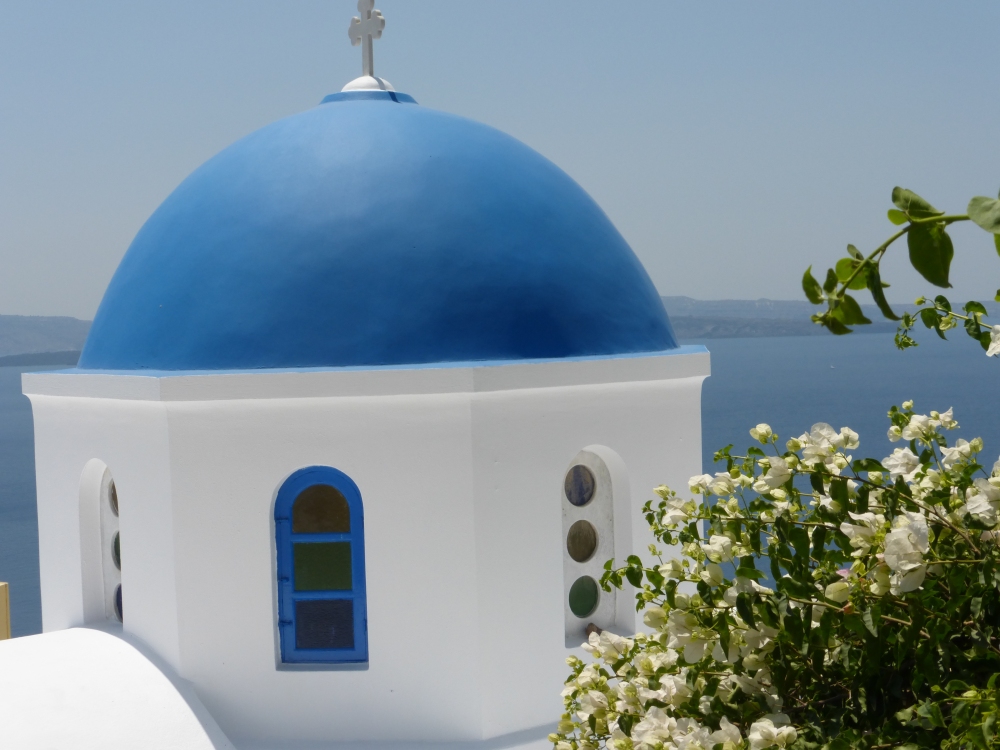 I am one extremely happy little bunny! But of course I can’t just take one picture – oh no! Not me. 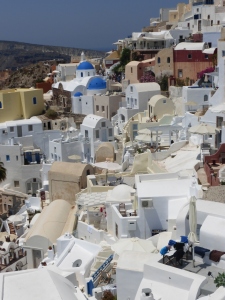 Looking a little shiny and sweaty here, and the sunglasses hide the almost horrifically maniacal delight that I am currently experiencing. 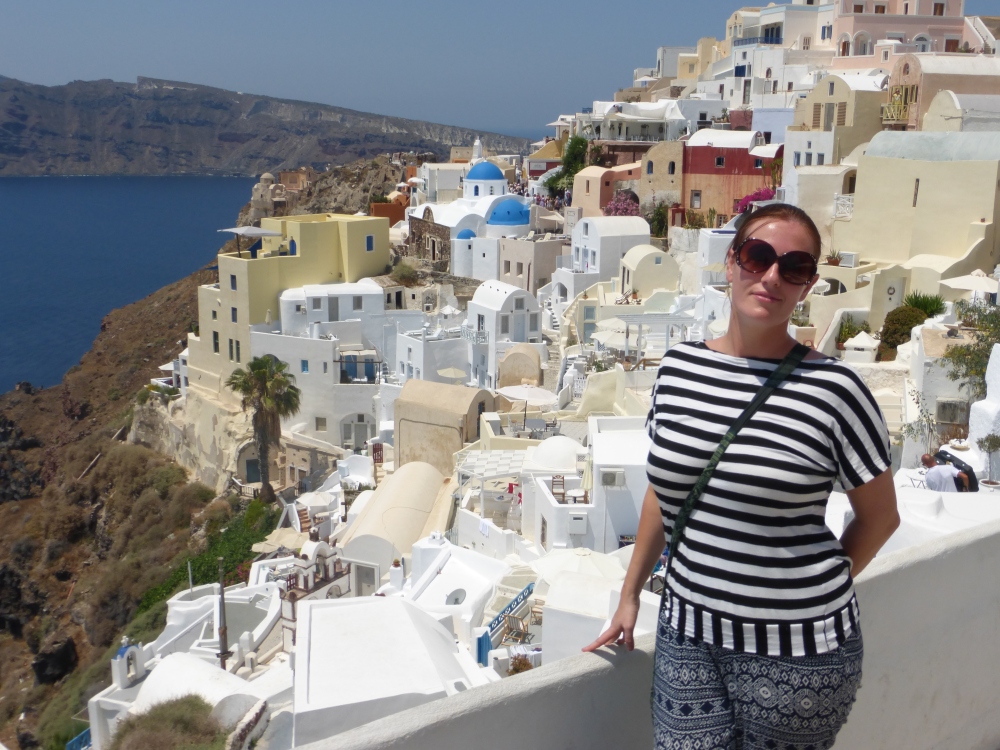 Neil meanwhile has been steadily bronzing throughout the first three days of the holiday, to the point where he appears to have been dunked in wood stain – particularly effective when placed against a white wall ..

Final shot of the beautiful domes. So wonderful that I wanted to pick them up and take them home. Luckily you can pick up a tiny replica to take back in your handluggage.