Much as it pains me (but possibly delights everyone else) this is the last Oia post!

One of the most archetypal images of Santorini is that of the island’s beast of burden – the donkey. Nowhere do they come into their own more than in the narrow alleyways of Oia, where cars can’t reach. 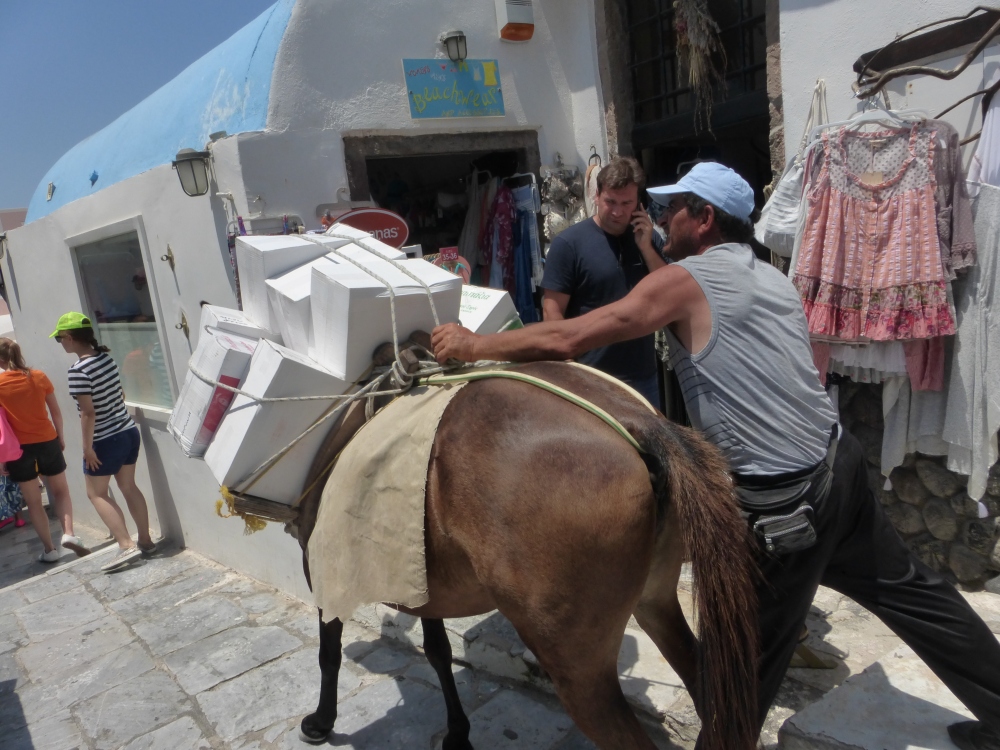 Whatever your feelings on the morality of using these patient creatures for hard labour, you can’t avoid the everyday spectacle of them loaded up with a variety of different parcels and packages.

Here’s a final few images from the winding, picturesque back streets and alleyways. Always culminating, suddenly, and breathtakingly with a view over the sea.

As I load up the pictures I can still feel the sun baking down on us and remember the reflected heat from the streets. 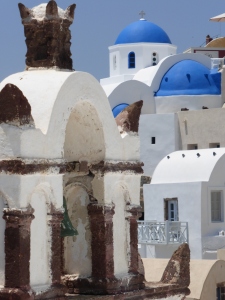 My multitude of photos serve as a visual diary to remind me of the many amazing things we’ve seen so far, and as a prompt for places yet to be discovered.

Oia’s inhabitants call the town “apano meria” which roughly translates as  “The Place on Top of the World” and you certainly feel that’s exactly where you are.

In 1976 the town was included in the programme for preservation and development of traditional settlements of the Greek National Tourism Organisation under Aris Konstantinidis.

Over 15 years, the programme sought to preserve, restore and find new uses for selected houses and architectural ensembles representative of traditional Greek architecture.

Many of the simple seaman’s houses on the edge of the caldera have become hotels, luxury guest houses and restaurants. 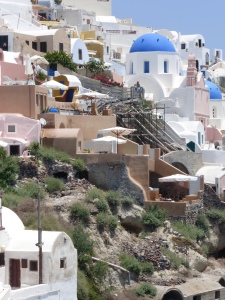 The town is well noted for its white and blue domed houses. The houses are painted in white lime water so that the rainwater which falls over it runs down and can be collected.

According to Wikipedia, another explanation given is that during the Ottoman rule of Greece, which lasted for over 400 years, Greeks were not allowed to fly their white flag. 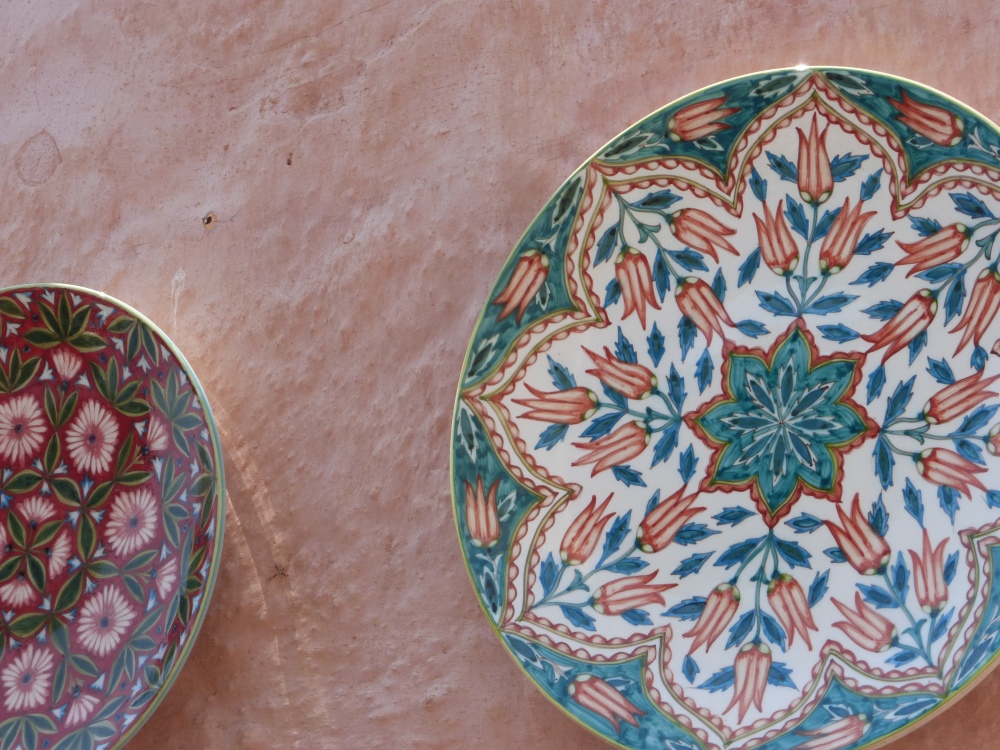 In defiance, in Oia they painted their entire housing complex in white, giving the village an effective white perspective and elegance. Of course there are other colour splashes to be found if you look hard enough. 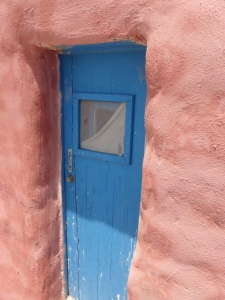 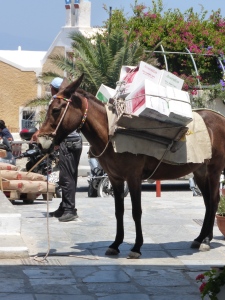 That’s it for Oia folks! I hope you’ve enjoyed seeing it through my eyes and might even be inspired to take a trip and explore its beauty for yourself.