Finally getting around to document (in painfully minute detail) the latest Italian trip, this time to the island of Sicily. 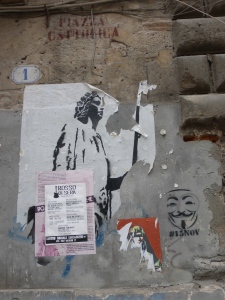 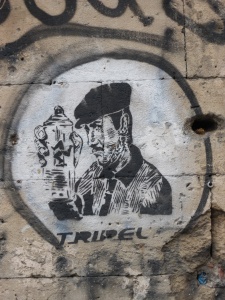 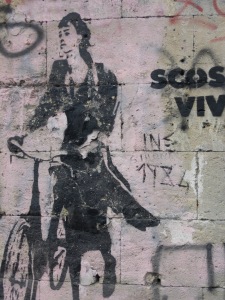 Sicily conquers up images of brooding Mount Etna, the shadowy tentacles of organised crime and chaotic excitement around every grimy corner. 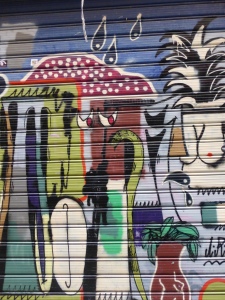 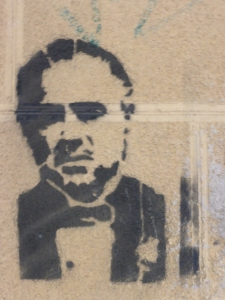 Well it certainly does chaos and grime fairly well I will freely admit! We landed in the capital city of Palermo and headed to the battered old district of La Kalsa.

We were staying two nights in the delightful, family run Harmony B and B. It was a delightful experience. A huge, spotlessly clean suite with a free fridge of beer and soft drinks overlooking a narrow backstreet. Guiseppe the owner was a ball of energy, delighting in providing the perfect guest experience. And he succeeded!

Palermo is a big, noisy, energetic city. It’s dirty, hassled and impatient. It’s not a romantic, idyllic Italian getaway by any means.

But you can find oasis of calm and culture in amongst the graffiti, dirt and madness – if you look hard enough! 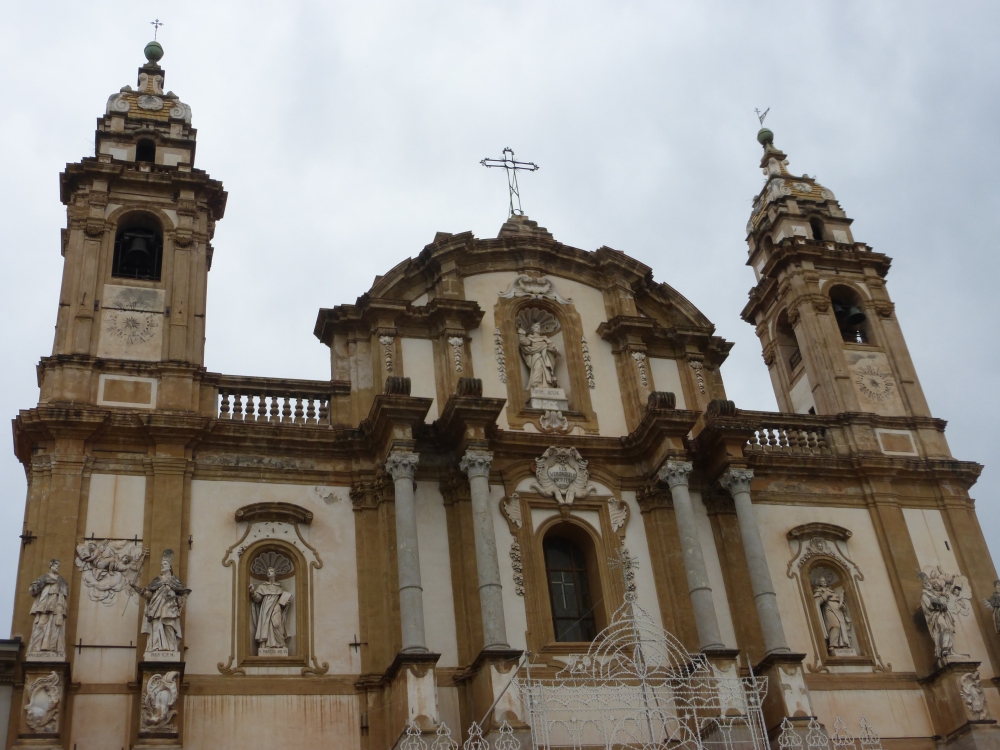 Here’s a typical example of the ornate buildings that can be found dotted around the city. 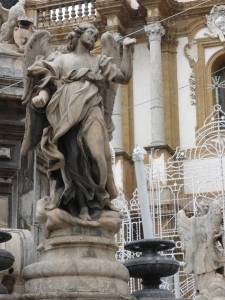 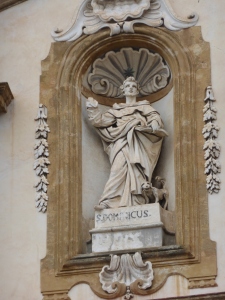 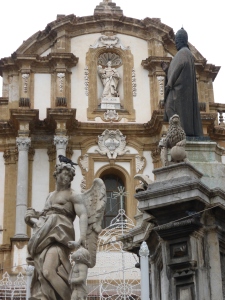 Complex, devout and benignly neglected. The architecture is almost a metaphor for Sicily itself that feels somewhat hard done by, literaly the football that is kicked by the boot of Italy! 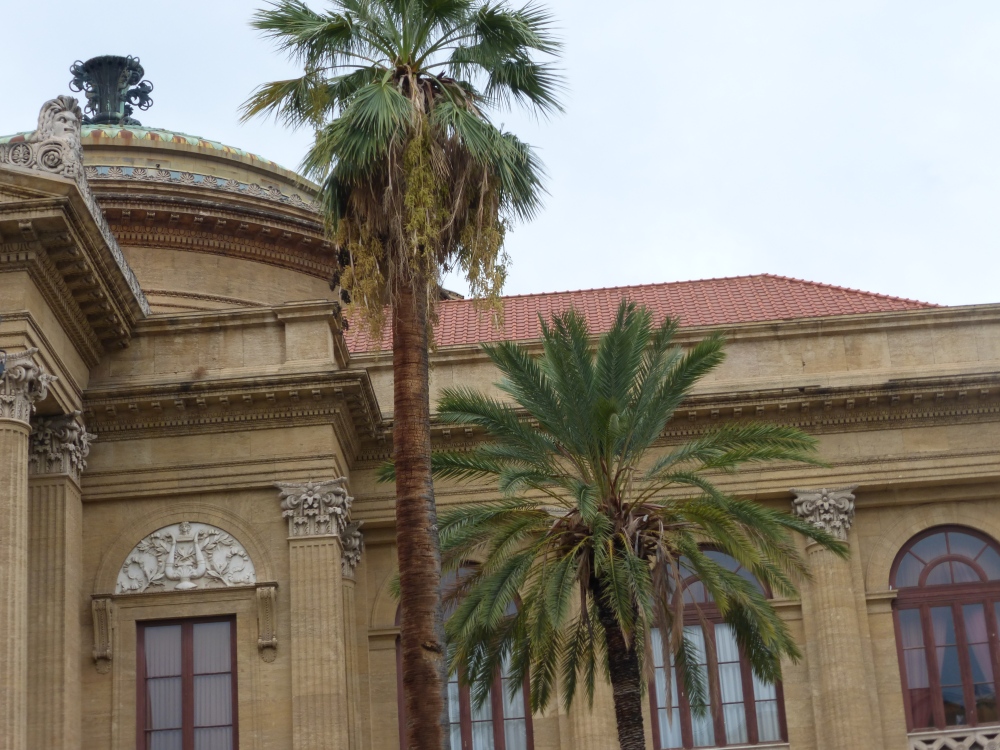 Here’s the majestic Teatro Massimo Vittorio Emanuele. It is the biggest opera house in Italy and one of the largest of Europe. 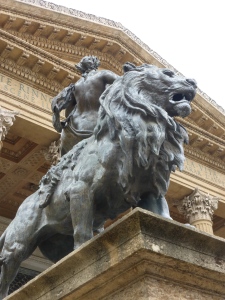 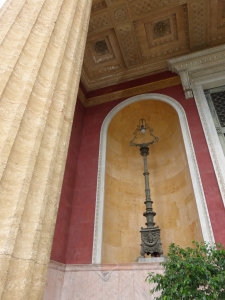 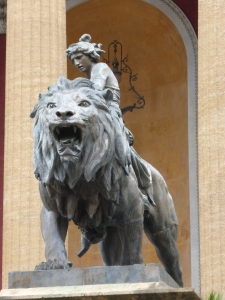 The streets are lined with majestic, detailed buildings with decorative flourishes at every turn. 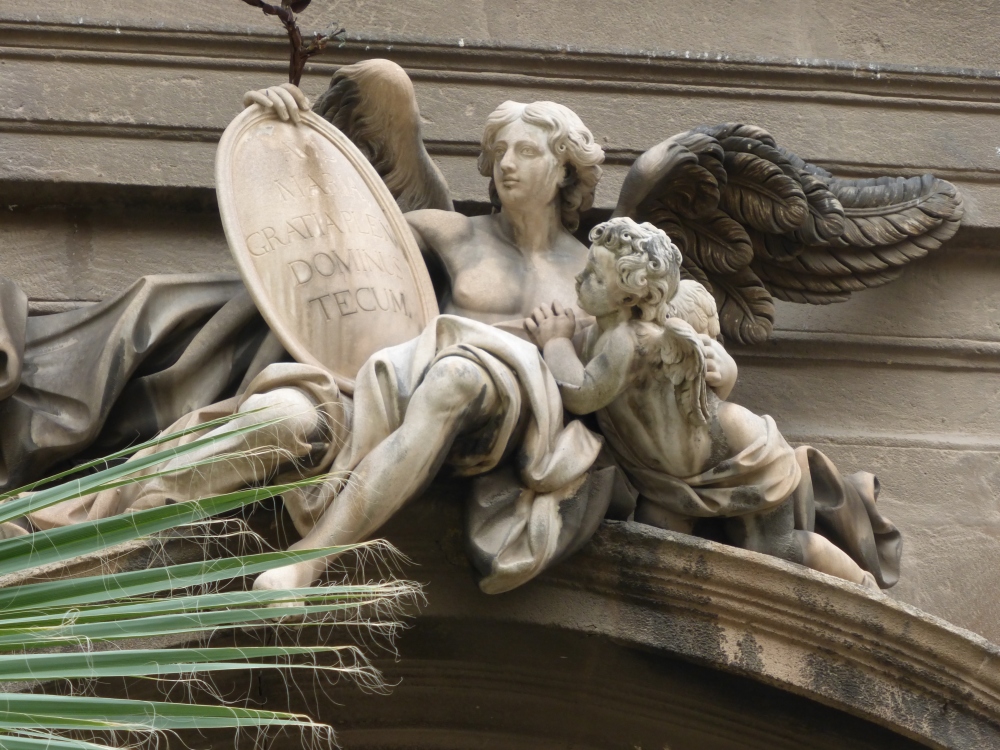 While in the distance the ominous presence of Mount Etna reminds us mere mortals of the ever present dangers that the island lives beneath. 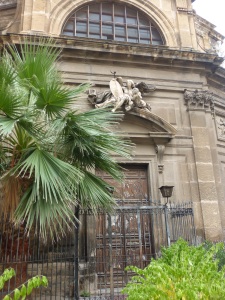 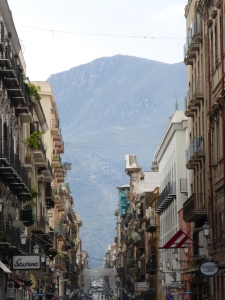 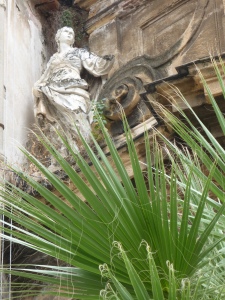 Another famous sight of Palermo is the Quattro Canti – sited in Piazza Vigliena.

The pizza has four streets and four Baroque buildings, the near-identical facades of which contain fountains with statues of the four seasons, the four Spanish kings of Sicily, and of the patronesses of Palermo, 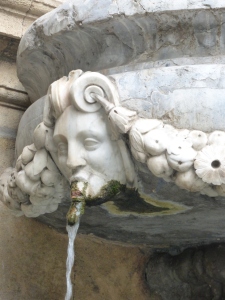 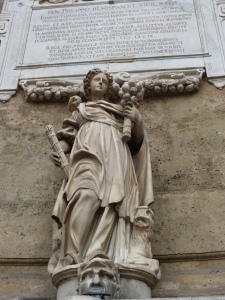 Our first day was a bit grey and overcast so I can’t show it in its best light! 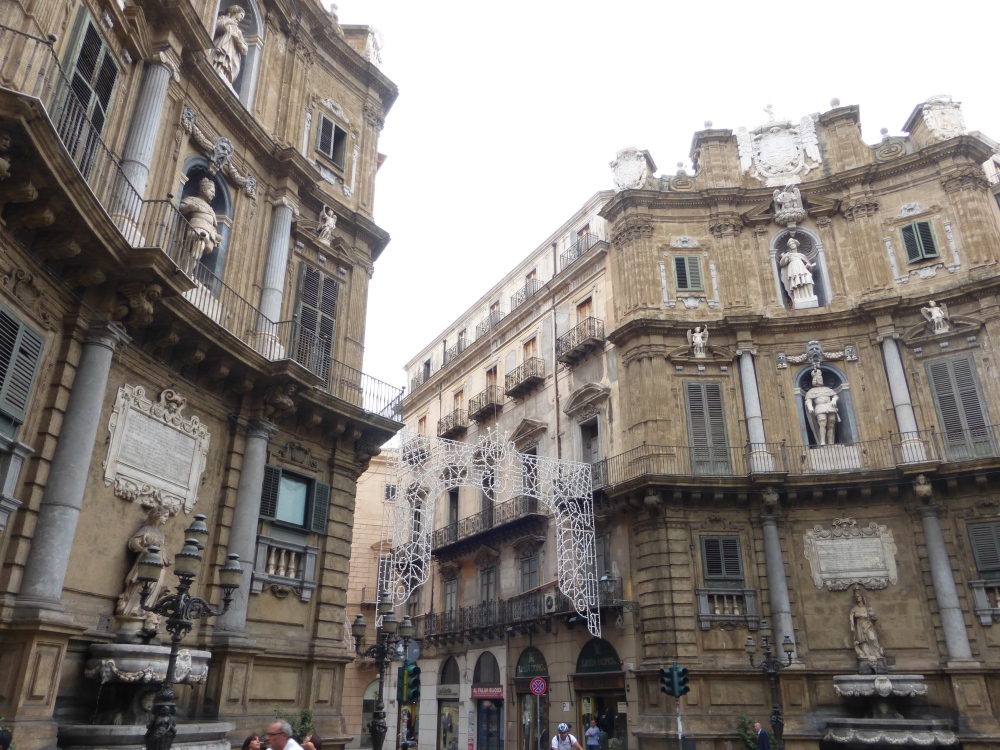 Just around the corner is the Fontana Pretoria, aka the Fountain of Shame due to the multitude of naked statues on display! 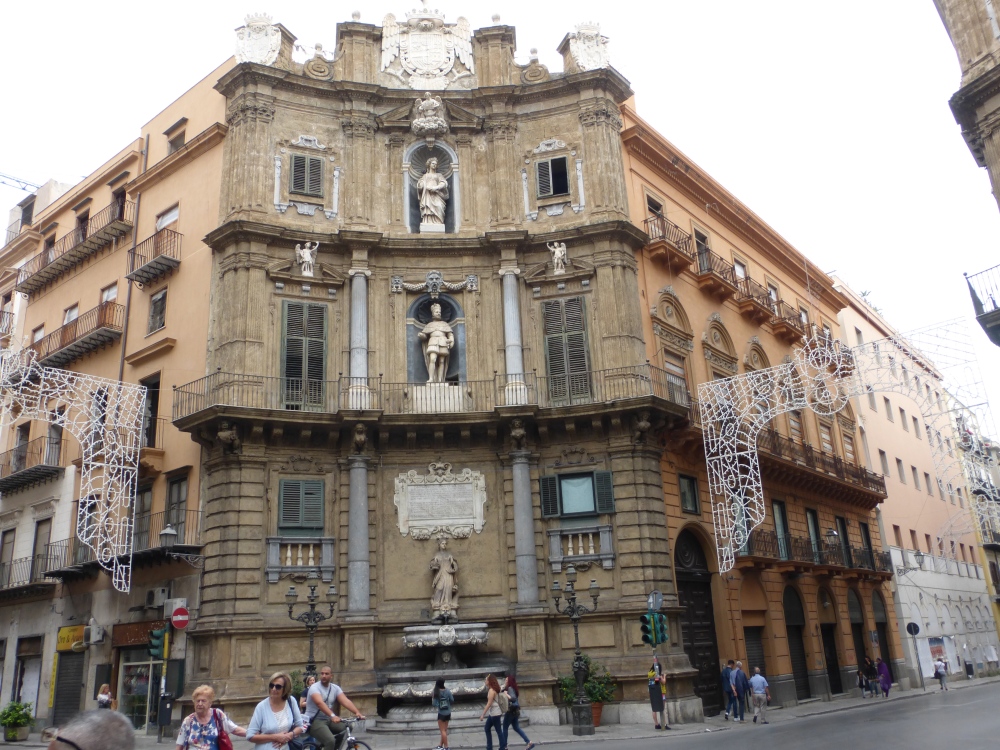 Fear not, lots of nude statue pictures to follow!