The next stop on our tour of Brittany is the pretty town of Quimper. 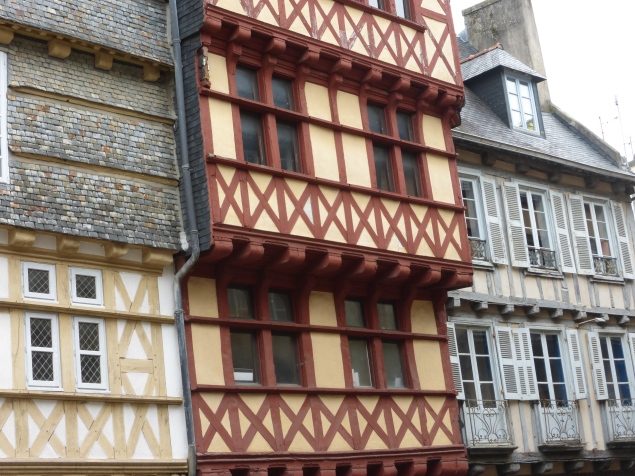 Not only is Quimper the administrative capital of the Finistère department, it is also generally regarded as the cultural heart of Brittany. 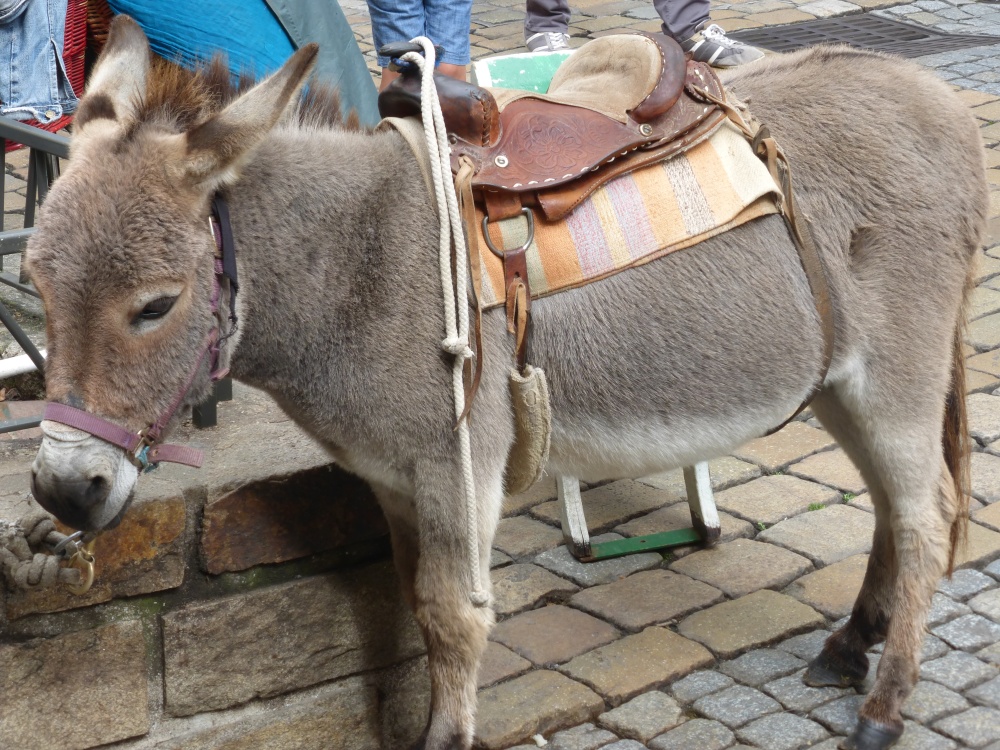 The town is known for its cathedral, atmospheric old quarter and museums but most of all for its annual festival celebrating Breton culture.

The atmospheric old town is where you’ll find many half-timbered houses dating from the 14th century. The streets are named after old job titles.

Below are a gorgeous array of mouth wateringly colourful macaroons. I had to be physically dragged away . . 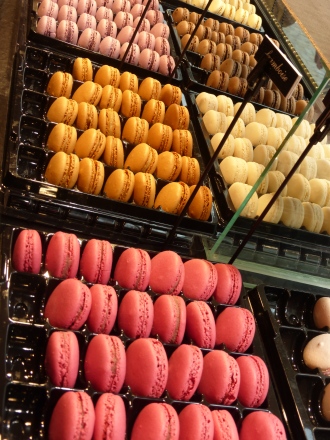 Quimper gets its name from the Breton ‘kemper’, which refers to the junction of two rivers: the Steir and the Odet.

Quimper’s most impressive building is its cathedral, which is said to be the best example of Gothic religious architecture in Brittany.

Building started in the 12th century and continued at intervals until the 19th century, when the two spires were constructed and new stained glass windows were installed.

The cathedral is named after St Corentin, Quimper’s first bishop – the Cathedral of Saint Corentin of Quimper.

The cathedral lightly bends in the middle to match the contours of its location which was done to avoid an area that was swampy at the time of its construction.

It was the site of a devastating fire in 1620 when the bell tower was burned and the populace apparently saw a green devil in the flames. 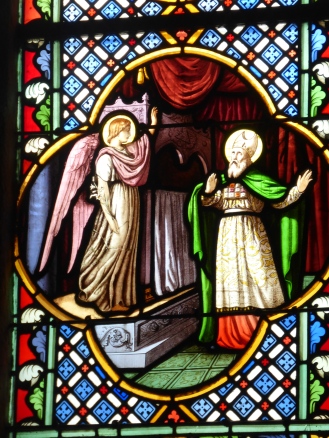 The cathedral is full of stunningly vivid stained glass windows. Each with their own story to tell. 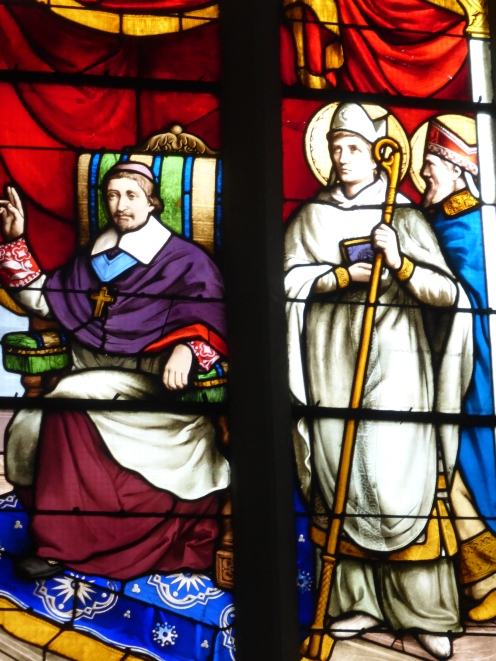 The 15th century windows are exceptional with colours that remain rainbow bright despite the passage of the centuries.

The level of detail to be seen on the windows is incredible including these petite little faces and architectural elements. 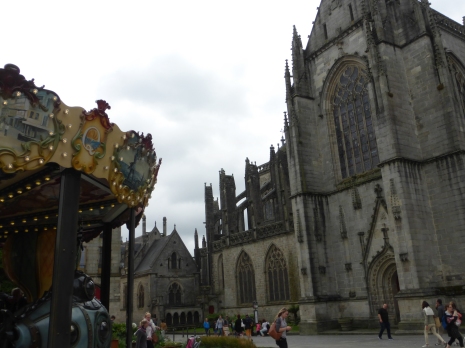 Next up we make ourselves sick on Churros and explore more of Quimper’s quirky streets.