Itsukushima Shrine might be the most well known but it is not the only shrine on Miyajima Island. We’re off to explore one of the lesser known (but to my mind even better) shrines. 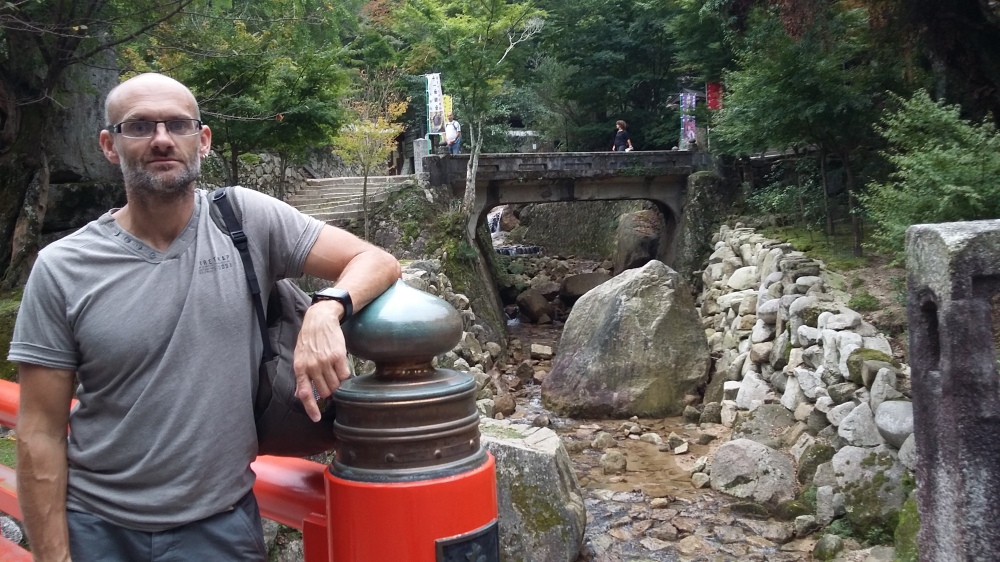 Daisho-in is the main temple of the Shingon Buddhist school of Omuro and it’s a treat!

It is located at the foot of the thickly forested Misen. Until the separation of Buddhism and Shintoism in the Meiji period, the head priest of Itsukushima Shrine engaged in politics here.

Above the man stands in front of the Niomon Gate. This serves as the official gateway into the temple. A pair of guardian king statues stand by the gate.

Nio kings are believed to ward off evil and preserve Buddhist philosophy on earth.

There are 500 Rakan Statues lining alternative steps to the temple. These are the statues of five hundred of Shaka Nyorai’s disciples and they all have unique facial expressions.

Each one of these tiny little fellas currently sports a jaunty little knitted hat. 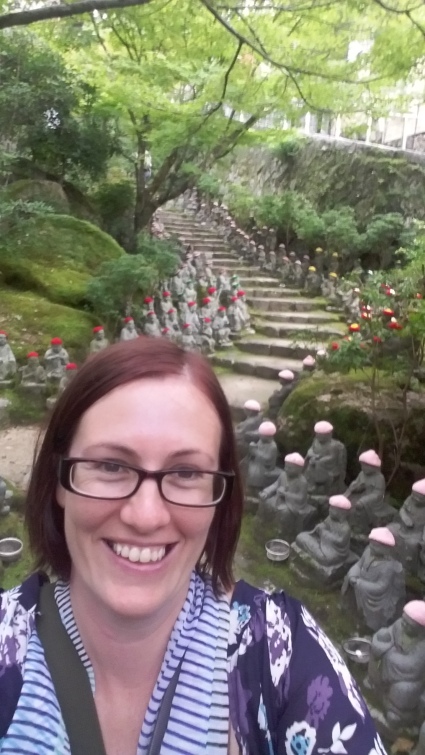 Below are a variety of the sights to be seen including the multitude of Mani (prayer) Wheels.

Spinning the wheels is believed to invite blessings equivalent to reading one volume of the Hannya-shinkyon or Heart Sutra. 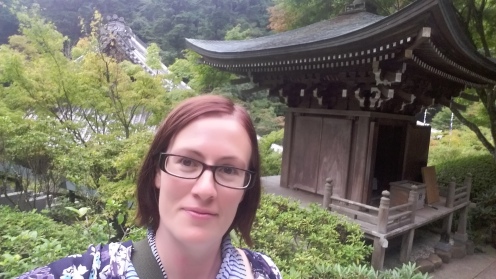 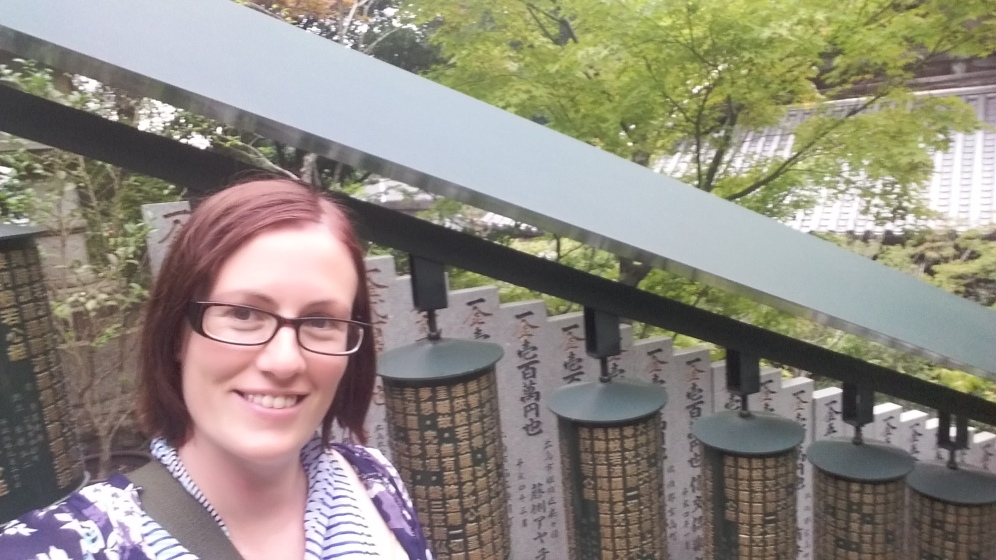 The shrine is full of different statues, some almost cartoonish.

Below are an eclectic collection including an Anpanman Statue. He’s a famous Japanese animation character and particularly popular among children. 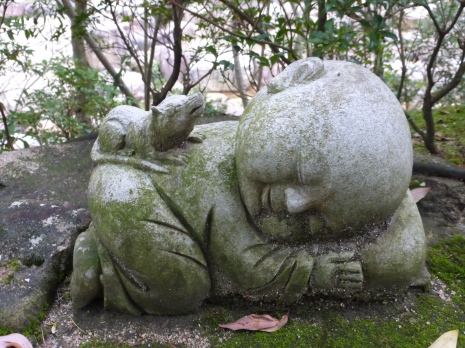 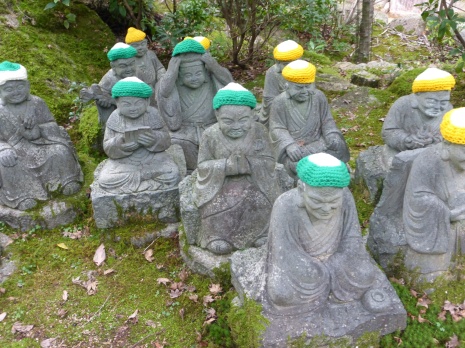 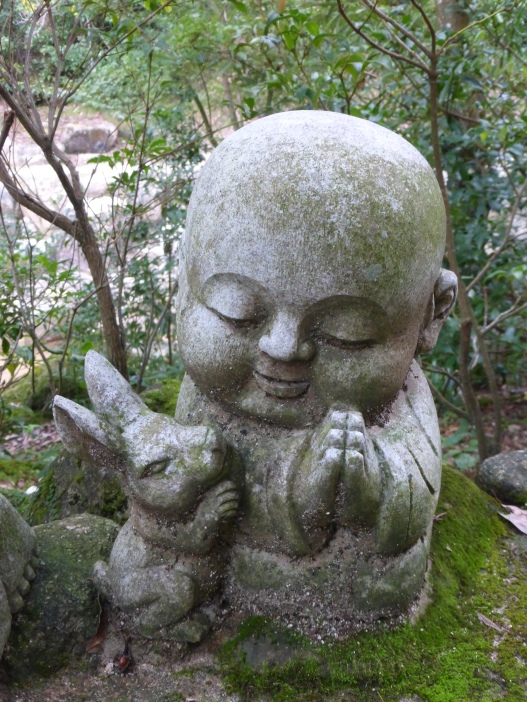 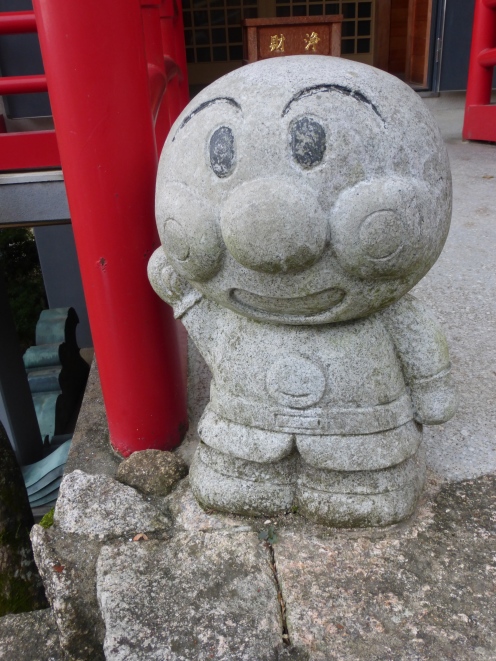 Daisho-in Temple is one of the most prestigious Shingon Temple in the western part of Japan.

The Shingon sect is known as esoteric Buddhism in Japan. The sect teaches that humans can attain enlightenment through rituals combining physical, spoken and mental disciplines.

The shrine is a boisterous, riotous bounty of religion, colour and cartoonish delight.

Lot’s more of this fun shrine to come!