Following on from our difficult day at the concentration camps we wanted to see another side to Poland so set off on a wander around Krakow old town.

Here’s some interesting (and not so interesting) facts about Krakow and some random photos from our aimless sauntering.

1) Legend has it that Krakow was founded by and named after the mythical ruler Krak, who built the town above a cave occupied by a ravenous dragon (hence the fire breathing dragon sculpture underneath Wawel)

3) In 1978, UNESCO put Krakow’s historic centre on the list of World Heritage Sites. 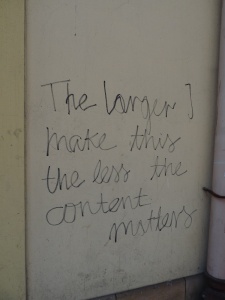 A young girl busks for change in the street as the sun hits the detailed sculptures of apostles outside the Church of Saints Peter and Paul.

A tethered balloon rises high above the city and optical illusions and religious scenes enliven the walls of a building.

I love the details and decorations on buildings, it’s not something we particularly have in England, except for grafitti. 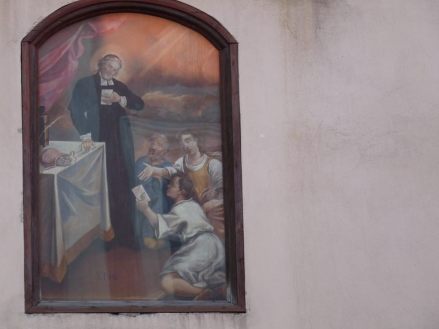 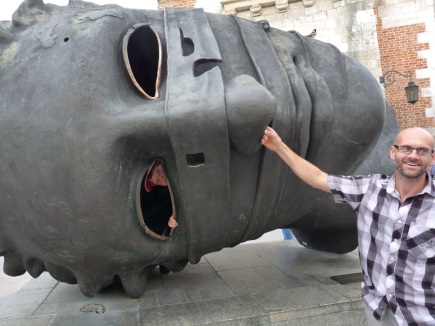 So wandering the streets of Krakow old town you will stumble across some beautiful buildings and architectural delights, not to mention some of the friendliest and most helpful people in Europe!

Take time to relax and watch the world go by in the old town square but then head out to some of the sights to be found a hop, skip and a jump away.

One of the areas we liked was Wawel and its surroundings, sited near the Vistula  river and overlooking a huge open expanse of parkland where the locals come to hang out, picnic and watch the world go by.

One of the city’s myths is that of the Wawel dragon and it’s commemorated on the lower slopes of the Wawel Hill by a metal statue that occasionally belches out a plume of flame!

Here’s Neil getting stalked by the giant walking beer in the parkland beneath Wawel castle . . .  . (I will devote a post to this squishy little mascot later!)

I will upload some photos of the castle itself that sits within the Wawel complex when I figure out where on earth I have stashed them!!!

Having settled into our fab old town apartment it was time to hit the streets and explore Krakow.

First up the old town square – Rynek Główny w Krakowie. It dates to the 13th centre and is the largest medieval town square in Europe.

The square is surrounded by beautiful old townhouses and is dominated by the imposing Cloth Hall and the stunning gothic splendour of  St Mary’s Basilica. 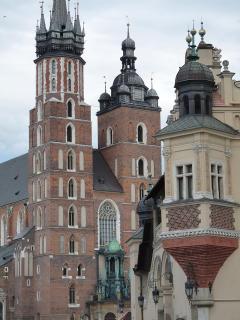 St Mary’s basilica and its gothic towers cut an imposing figure that dominate the square.

On every hour, a trumpet signal—called the Hejnał mariacki—is played from the top of the taller of St. Mary’s two towers.

The tune breaks off mid-stream, in memorial to the famous 13th century trumpeter, who was shot in the throat while sounding the alarm before the Mongol attack on the city.

Above is the ornate interior of St Mary’s Basilica

Below is the other building to loom over the square; the Cloth Hall. Originally a place for travelling merchants to meet and ply their trade. 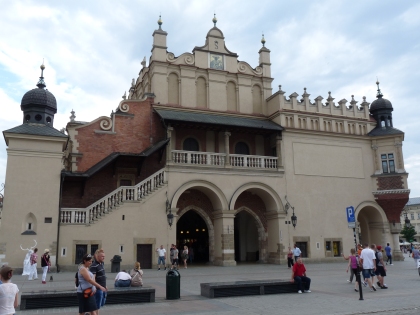 The hall, or Sukiennice, held a variety of imports from the East – spices, silk, leather and wax – while Kraków itself exported salt from the incredible Wieliczka salt mine (more of that later)

It now houses lots of little stalls selling traditional wooden arts and crafts and is well worth a browse in the evening before stopping off at one of the many cafes and restaurants that line the square.

Here’s some of the stalls selling all sorts of colourful wooden traditional items.

Followed by a well earned cocktail!! 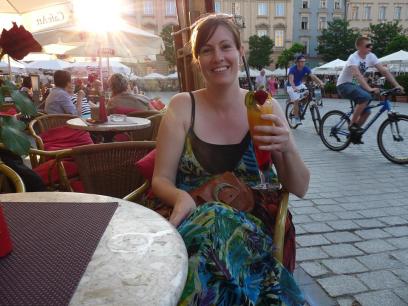 Next up Wawel Castle and going under ground to the salt mines.

June saw us venturing to new parts of the world – Poland and the Czech Republic. Slight concern all round due to a state of emergency being declared in Prague due to extreme flooding just a fortnight before we were due to go!

But we weren’t about to let a little thing like nature gone rogue to stop us so off we trotted.

First up Krakow.We stayed in a fantastic apartment just two minutes walk from the old town square that had every possible home comfort from a washing machine and ironing board to fully kitted out kitchen.

Our apartment was called Dallas and you can find it on the Sodisapar website.

I can’t recommend this company enough, helpful friendly staff full of information on trips, trains and anything else you could possibly need to get about Krakow and the surrounding area.

Krakow itself was a revelation – compact but bursting at the seams with fascinating old buildings, meandering streets, culture and modernity blended together seamlessly.

Street performers chill out and give the chills in Krakow’s main square.

Next up, a wander around Krakow, some architecture, salt mines, a castle and a sombre lesson from history.