Having finished our whistle stop tour of some of the stunning national parks, we headed back to Spilt.

We had a tiny bit of spare time so decided to head into Trogir, a lovely little medieval town.

Here’s me enjoying some late afternoon sun on the bridge over the canal that separates the new town from Trogir’s medieval core.

Trogir’s centre, surrounded by walls, comprises a preserved castle and tower and a series of dwellings and palaces from the Romanesque, Gothic, Renaissance and Baroque periods.

Surrounded on all sides by water it is a tiny gem of a town. 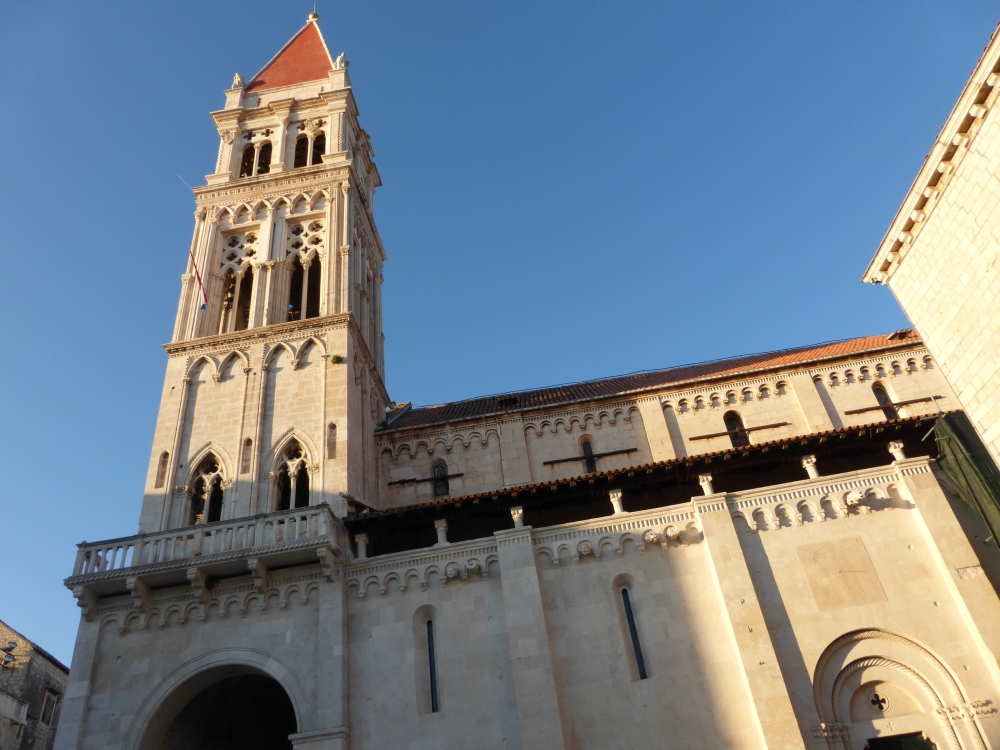 Trogir has a high concentration of palaces, churches, and towers, as well as a fortress on a small island, and in 1997 was inscribed in the UNESCO World Heritage list.

The orthogonal street plan of this island settlement dates back to the Hellenistic period.

*Interesting fact alert* Trogir featured in two episodes of Doctor Who. Due to its specific architecture, it served as a double for Venice in “The Vampires of Venice” and as a double for Provence in “Vincent and the Doctor”.

We mooched around as the sun set on the imposing facade of Kamerlengo Castle. 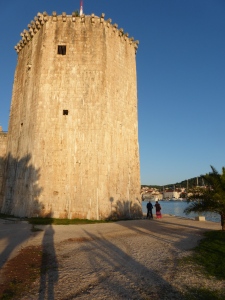 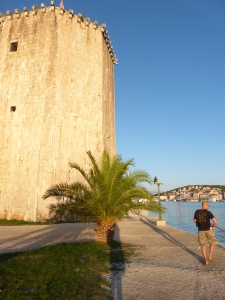 The castle was built in the mid-15th century by Marin Radoj as part of an expansion of the Veriga Tower, built on the site in the late 14th century.

It is used as a location for performances during the summer months. The word kamerlengo refers to the title of a Venetian administrative official (a chamberlain).

As the light was fading fast we quickly admired some of the flashy boats clustered in the harbour before heading back into the twisting alleyways of the old medieval town.

Once again we’re loving the mellow stonework and quirky details to be found throughout the town. 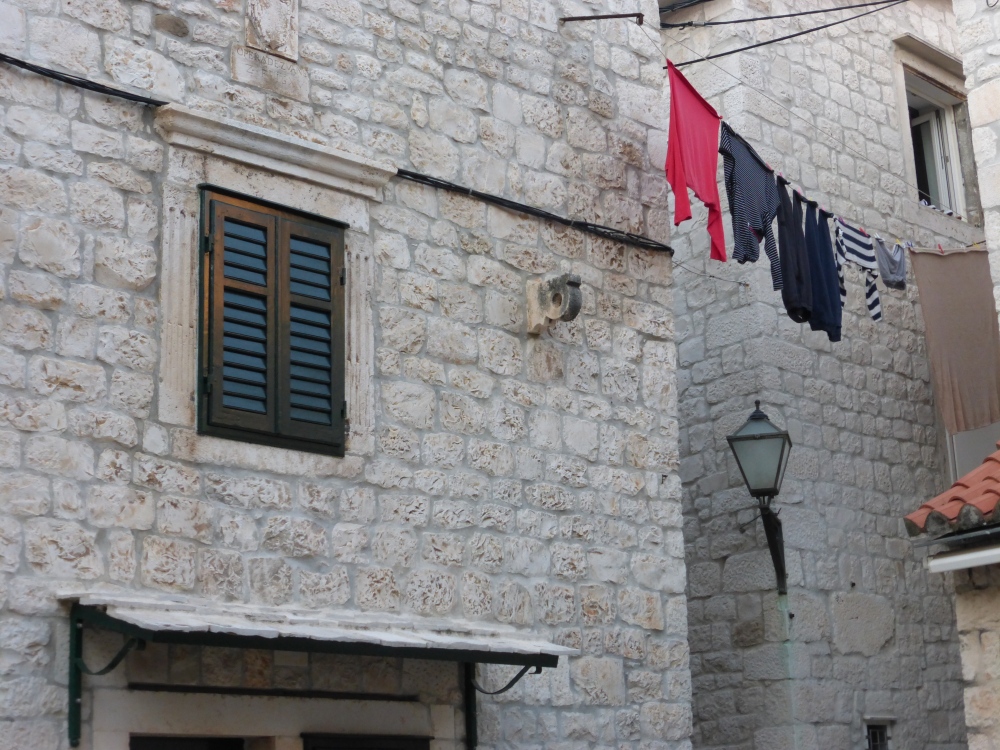 I used to have one of these tiny little wind up music boxes as a nipper. 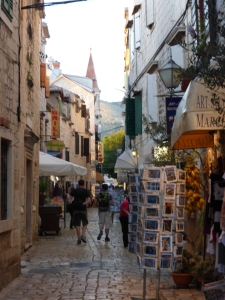