If there’s a cable car in the vicinity then we tend to make an appearance on it sooner or later! Dubrovnik is no exception with Mount Srd boasting the town’s vertigo inducing attraction. 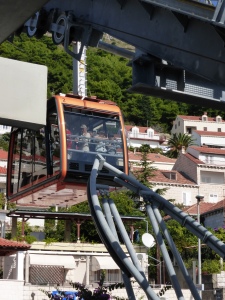 The original cable car was built in 1969 but was almost completely destroyed during the shelling in the 1990s.

At 405 metres above sea level, the views from the top are staggering. On a clear day you can see up to 60km. 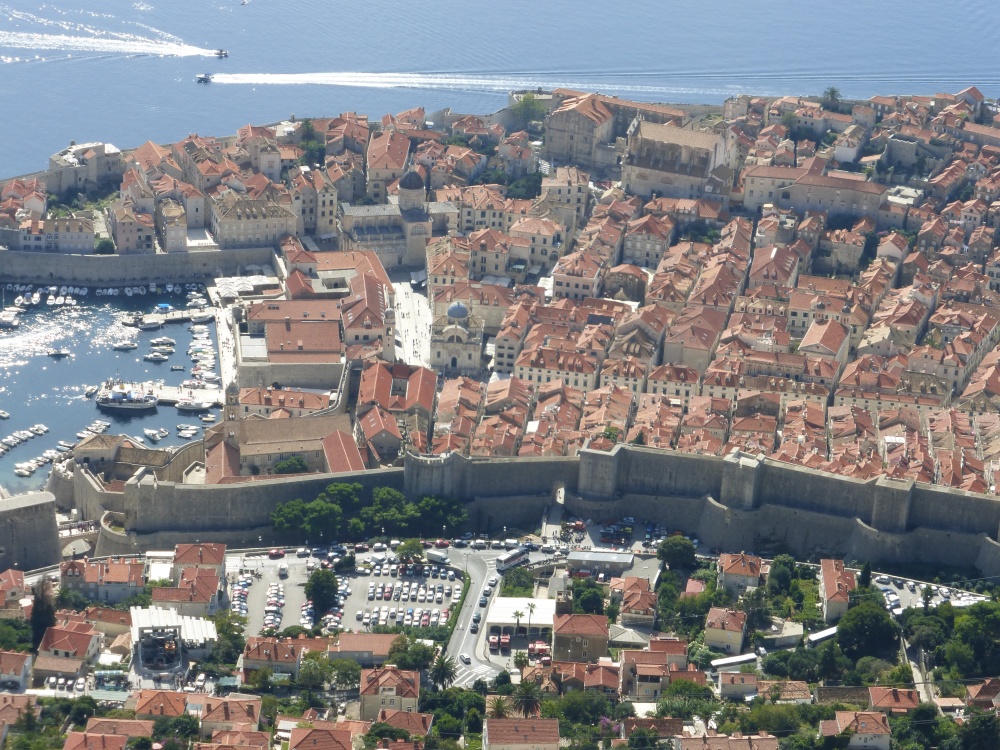 Here you can see the old town walls that we’d recently been traipsing along. Also here’s a bird’s eye view of the harbour and St John’s fortress. 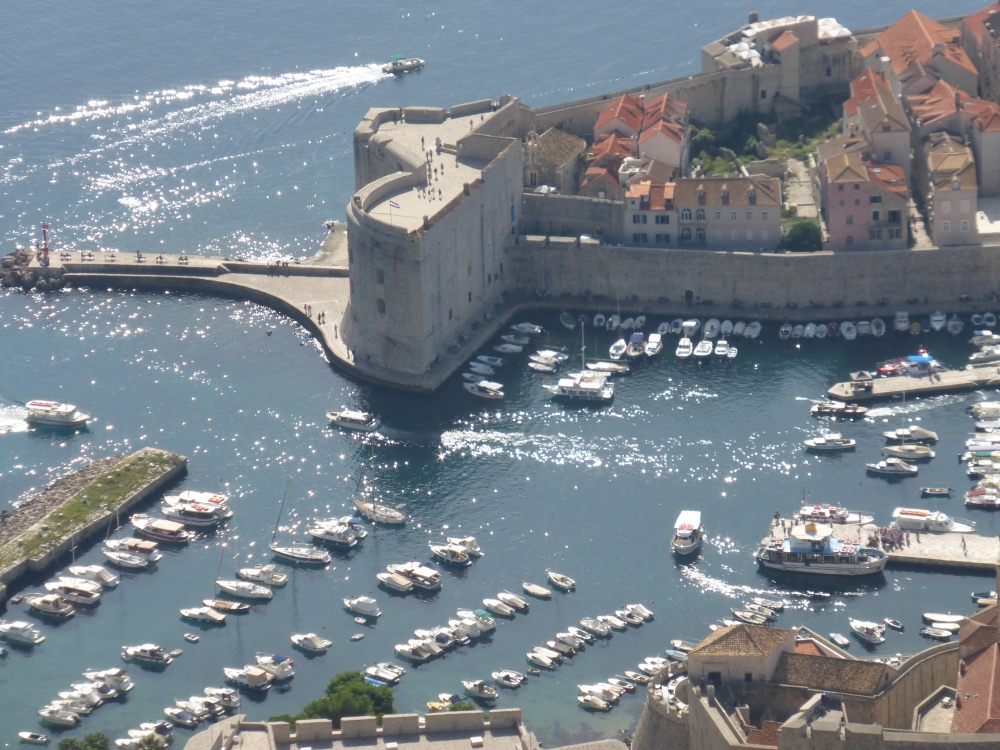 Here the distinctive shape of Dubrovnik old town is now apparent. You can see Minceta tower on the town wall in the foreground and Fort Bokar to the right in the distance.

Onwards the tiny cable car travels, pausing briefly for us to appreciate the views and to pass another of the little pods. Each one of which holds 30 passengers. 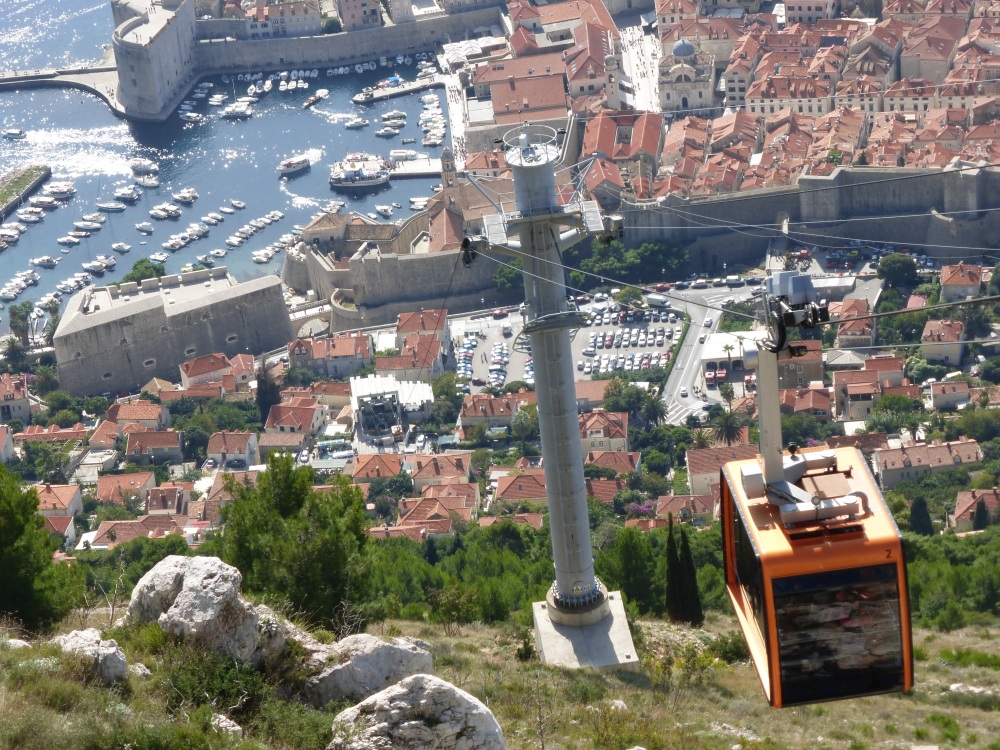 Of course we’ve shoved our way to the front of the car to ensure the best possible views of the town and mountain side. 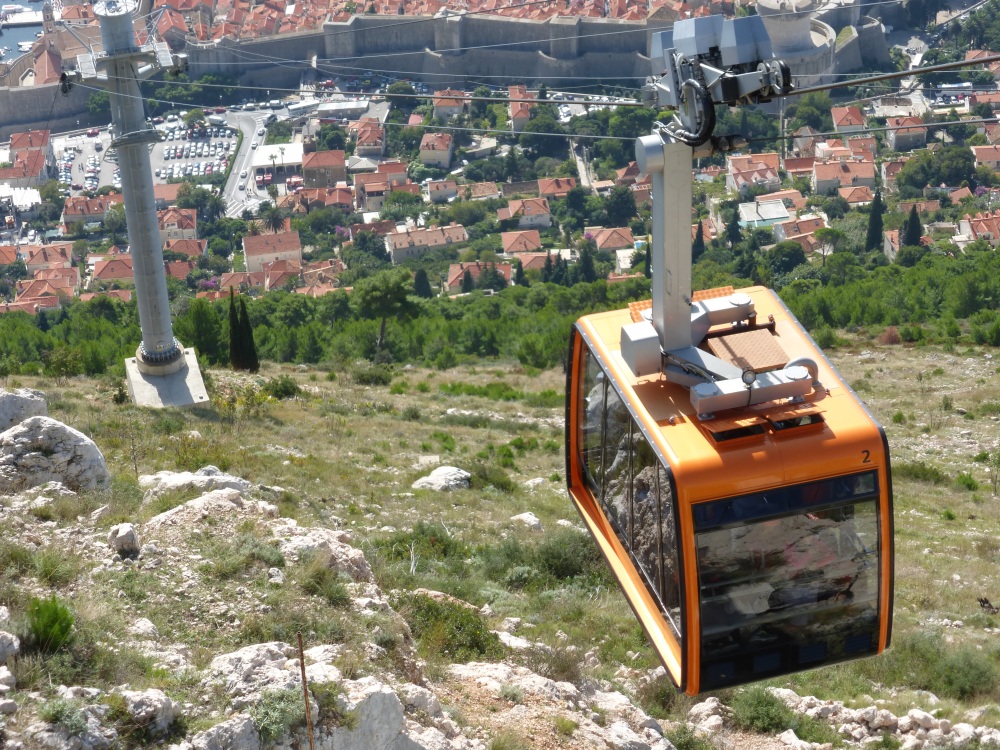 It only takes a few minutes to whisk up the mountain and then you can have a potter around at the top. 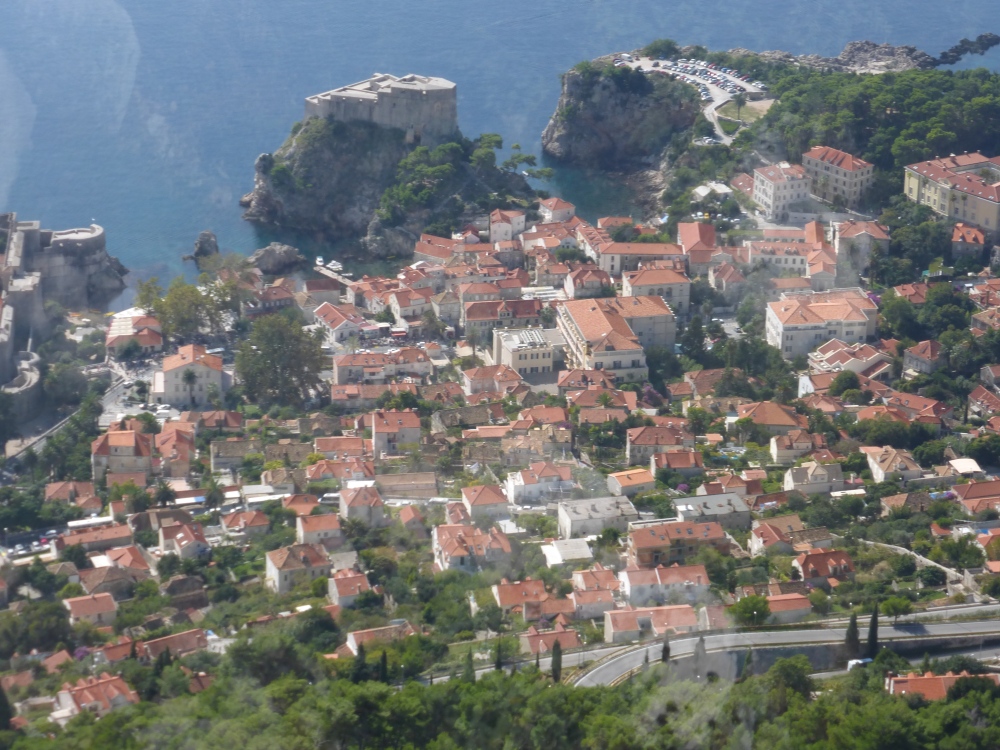 With such a good view of potential invaders it’s unsurprising that there’s a fortress on top of Mount Srd. Fort Imperial was built  in 1806-1816 during the Napoleonic Wars but now houses the Museum of the Homeland War.

It’s currently 100 kuna for an adult return ticket. You can book the cable car online and learn more here.