This is due to the fact that Chinatown’s water supply was principally transported by animal-driven carts in the 19th century.

Pagoda street takes its name from the Sri Mariamman Temple that we’ll visit later. During the 1850s and 1880s, the street was one of the centres of slave traffic

Now however it’s a place to browse for souvenirs, eat and hunt for wall art.

By the 1950s, the shophouses here were mainly involved in retail trade and services.

The architecture of the shophouses on Pagoda Street and other parts of Chinatown originates from the Raffles Town Plan of 1822.

This stipulated the material that should be used to build the shophouses as well as the need to have covered walkways of five-foot width (hence known as “five-foot ways”.

If like me you’re reduced to a snap happy frenzy at the sight of some colourful wall art then you’ll be in seventh heaven in Singapore.

We stumbled across these spectacular examples in Little India and naturally I had to spend a while taking some snaps!

These joy filled images are Kathaka by Didier Mathieu aka Jaba – the name is a reference to a type of Indian dance.

You can find them at 68 Serangoon Road, at the junction with Upper Dickson Road

And just across the road is a mural by Eunice Lim called Book-a-Meeting for Artwalk Little India 2018 which is an extension of the 30-year old Siyamala bookstore it is connected to.

I enjoy the cheeky cow seemingly taking a look at the sombre hubby!!!

Some random street shots from our roams around Paris’s streets and parks.

Above is The ‘Fontaine des quatre parties du Monde one of the many ornate fountains in the city.

Le Bateau Ivre” (“The Drunken Boat”) is a 100-line verse-poem written in 1871 by Arthur Rimbaud. This is part of The Wall of Poems project that begun in 1992 in Leiden by the Dutch foundation Tegen Beeld.

It’s written on a wall near Saint Sulpice in Paris as Rimbaud is supposed to have written the poem in a nearby cafe.

Above is one of the many iconic Metropolitan metro signs. While below are a selection of shots from the Latin Quarter.

More colourful artwork adorns the back streets of the Latin Quarter.

As well as wall art there’s lots of street stalls selling everything from Old Master postcards and pulp fiction.

Lots of the stalls are situated alongside the banks of the River Seine. Stall holders simply unlock them in the morning and start trading.

Finally I’m getting around to documenting our first ever trip to Germany for the man’s birthday last November.

We plumped for the hip capital city of Berlin for our first ever trip to Deutschland and a fab choice it was too.

We stayed in the Ibis Mitte hotel, perfectly placed to explore the city with a tram stop just around the corner. 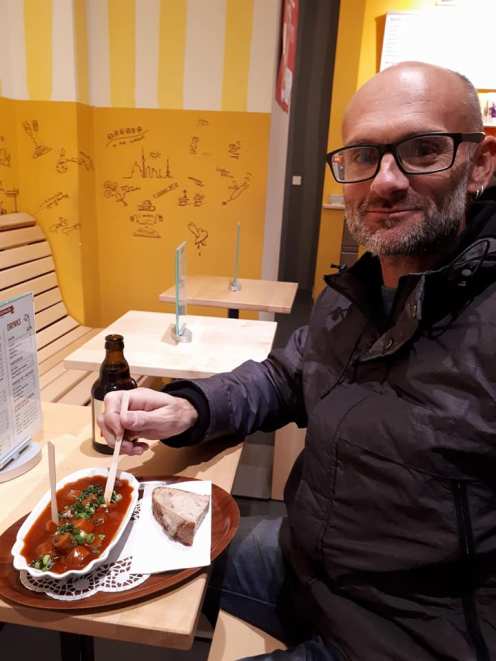 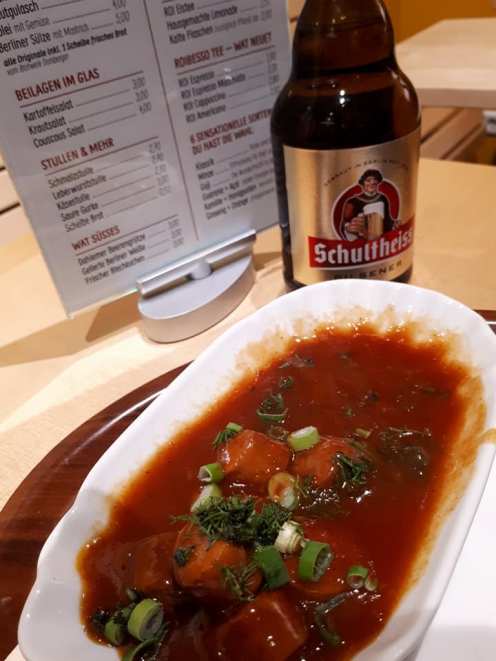 There’s a bewildering choice of cafes, bars and restaurants all within a stones throw of the hotel, not surprising for a city that has 100s of choices from filling quick burgers to Vietnamese, sushi and Italian to traditional German sausage and beer halls !

Once we’d settled in, the stomach on legs was keen to sample his first ever currywurst and naturally there was a little shop and cafe just around the corner for him to get his fix!

We then take one of those fortuitous turns down a little dark alleyway that leads us to the quirky Cafe Cinema.

Whether it’s cute kittens or political satire, the walls are a vivid and mind boggling mas of murals and mayhem! 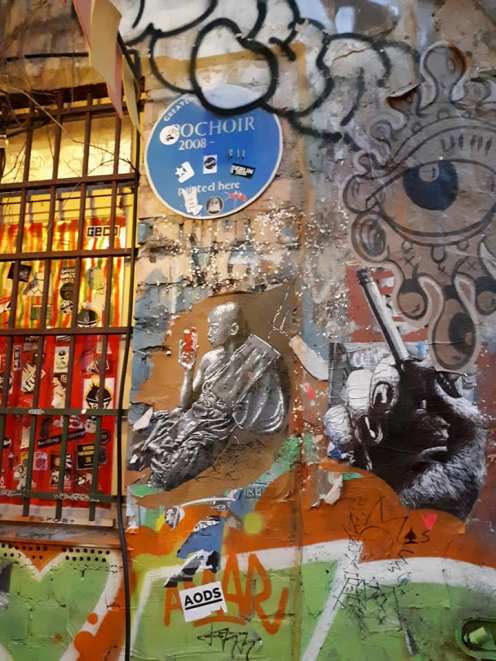 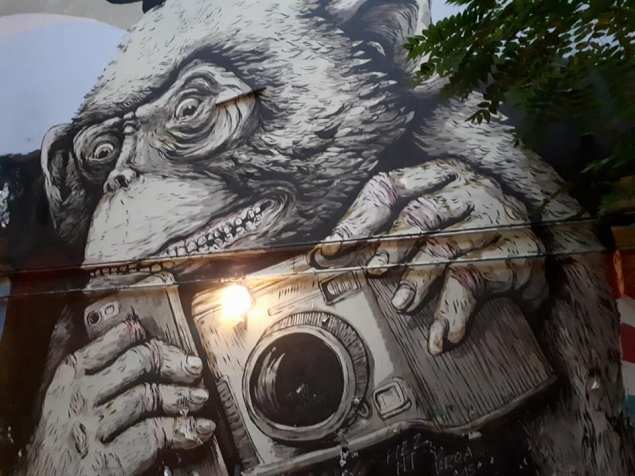 I force the man to spend a good half an hour here as I meticulously detail every little scrap of paint. 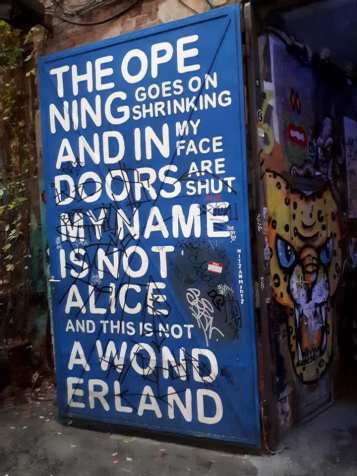 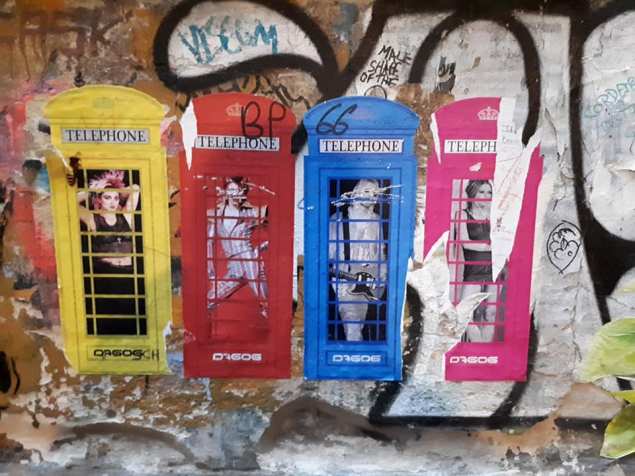 There is no escape once I spot painted walls!! I have a particular fetish for spraypaint.. 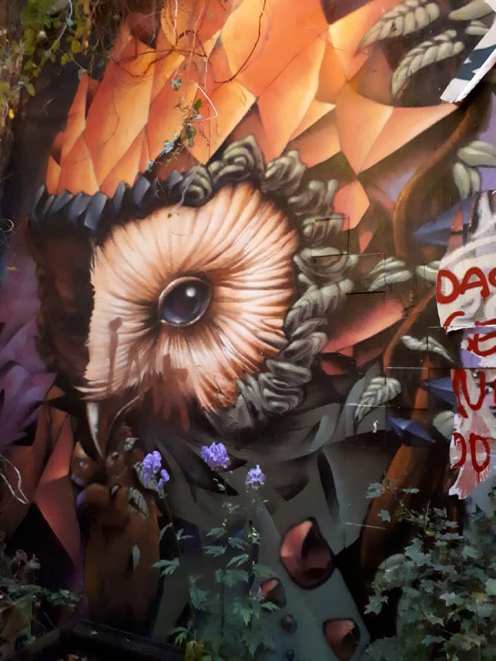 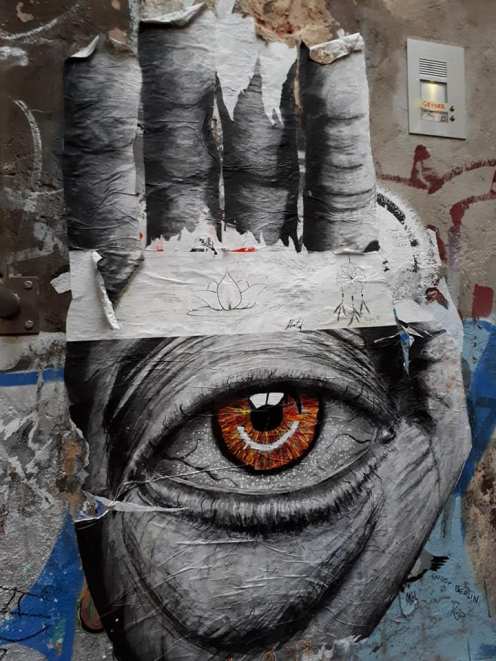 It is also home to the Anne Frank Zentrum which houses a permanent exhibition about the young girl and the world she inhabited. The Zentrum is the German partner organisation of the Anne Frank House in Amsterdam.

The exhibition focuses on the diary and the story of the life of Anne Frank. But also looks at contemporary life via the young people of Berlin.

Next up we’re heading to see Berlin by night including the Berliner Dom and the Brandenburg gate.

We’ve off on our third trip of 2017 now. To the stunning Italian island of Sardinia.

Sardinia is one of those places that doesn’t seem to register very highly on people’s travel radars but is an absolute hidden gem.

Over the next ten days we find majestic old cities, hidden coves and stunning beaches so be prepared to be captivated by Sardinia!

First up we spend a few days in the capital city of Cagliari. We’re staying in the old castle district in the Castello Suites set in an old apartment block.

The old castle district is perched high up on a hillside which entails a bit of a trek from the station but is crammed full of traditional old features and shops. 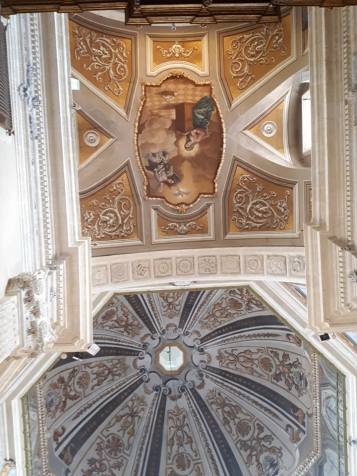 The beautiful cathedral overlooks the city and is a pretty sight against a deep blue sky.

As with all Italian cities, every wall is an open air art gallery covered in paintings and street art.

The man manages to find a car smaller and cuter than him tucked in a side street. 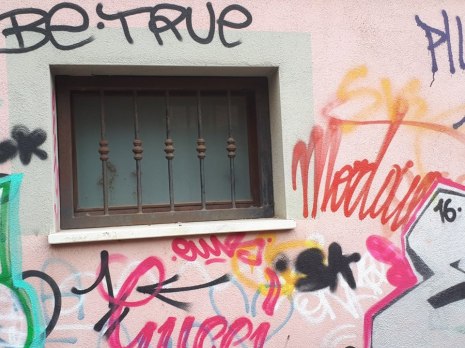 More back alleys covered in graffiti offer colourful distractions for the snap happy. 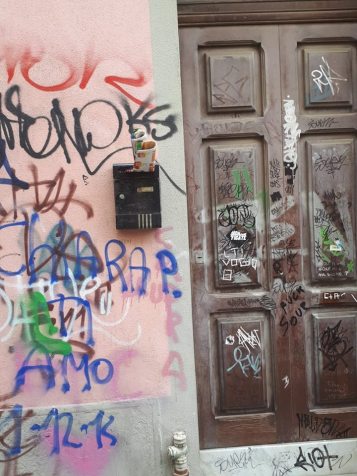 As well as wall paint there are paste ups, stencils and tiny faces hidden in the doors. 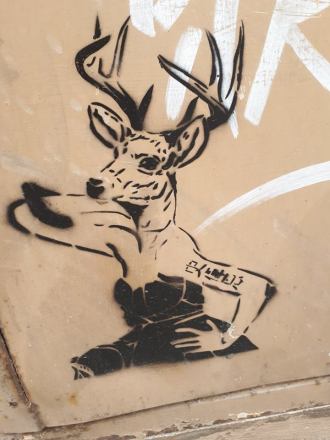 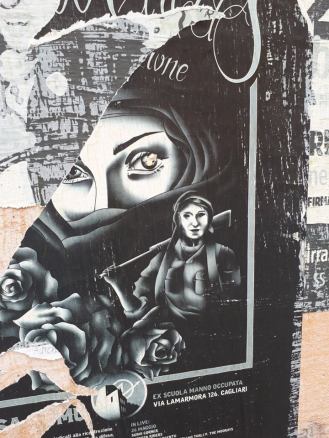 As well as quirky art there are amazing little take away libraries in the street for on the move bibliophiles. I also love this colourful spice inspired door way. 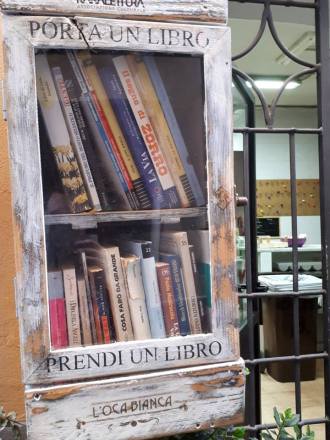 This post is a bit of a free for all dumping ground for some of my most favourite pieces of street art from the Brick Lane tour.

From the colourful  D7606 telephone box paste ups to Icon’s re-imagining of childhood games, it’s a crazy whizz though some particular highlights of mine! 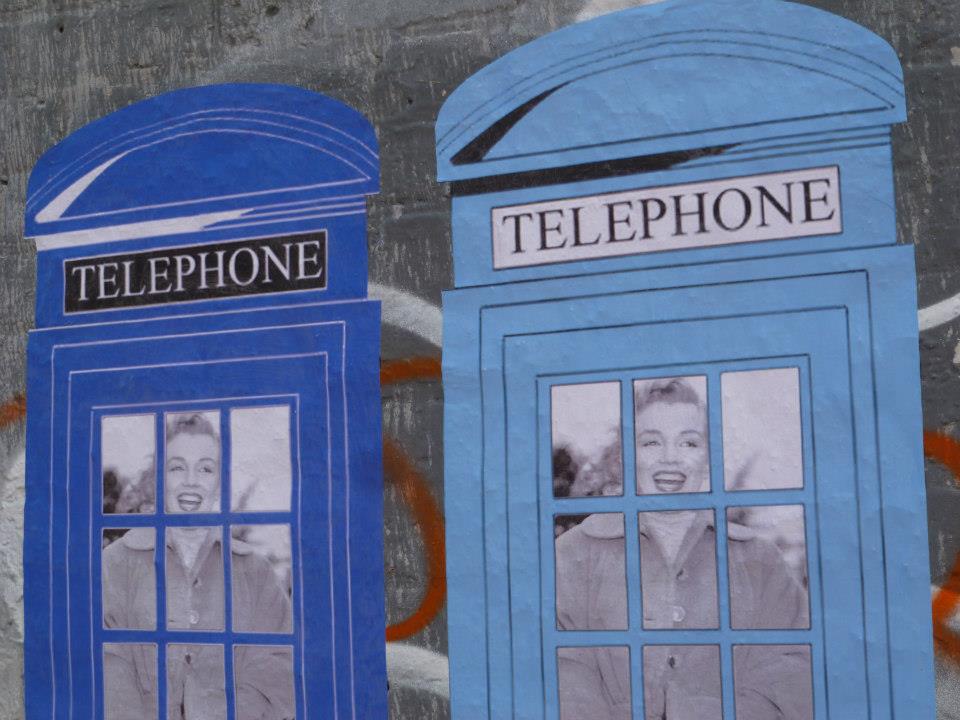 Possibly my favourite snap of the whole day, this line up of psychedelic phone boxes is a sumptuous colourful treat. 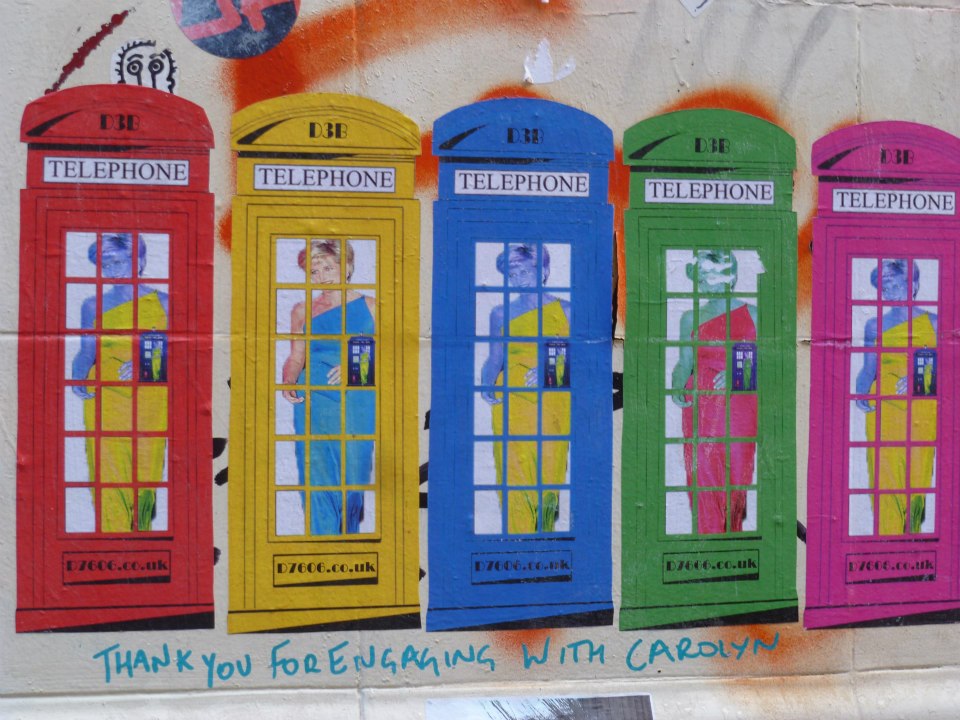 More phones boxes, a colourful wall and a sneaky C215 spot too! 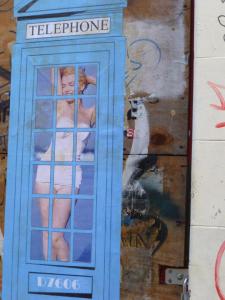 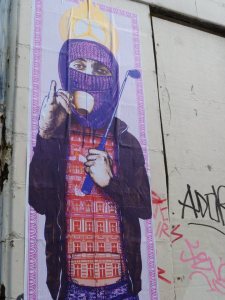 Another line up of phone boxes filled with iconic women, I think I spy Liz Taylor and Rhianna in these.

More paste up boxes, C215 and a Gee thrown in for good measure.

And finally Icon reinvents Thomas as an actual tank!

And shows Mario the error of his mushroom experimenting ways.

Wow I took a lot of photos in a single graffiti hunting day! 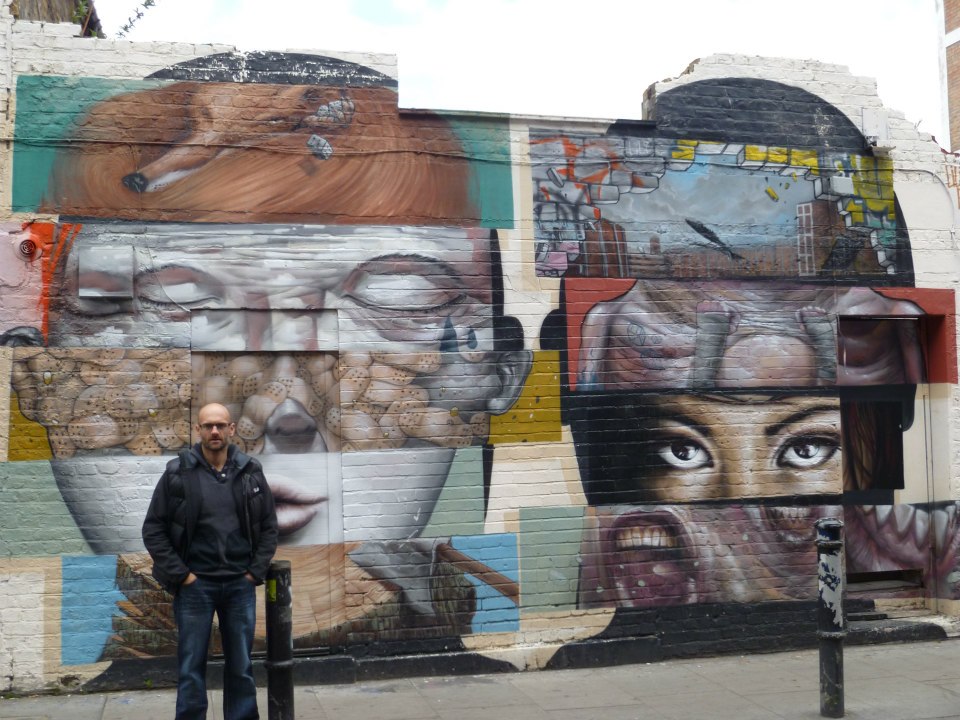 Above are some stunning Bom.K and Liliwenn murals on Hanbury Street in Brick Lane while below are a selection of paste ups, sticker art and close up details of other pieces dotted about the place. 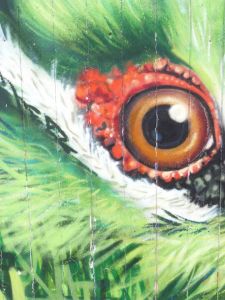 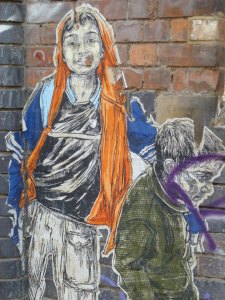 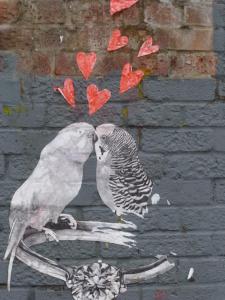 And a few final snaps of things that caught my eyes! 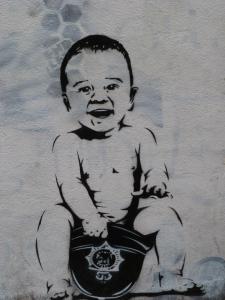 Whether it’s walls full of eye popping colour or the tiniest little sticker, every crevice in Brick Lane is crammed with art. 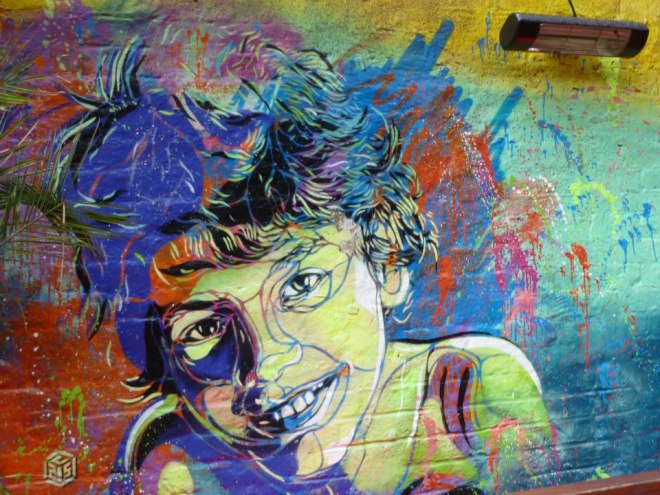 Whatever your preferred style you are bound to find something to tickle your artistic taste buds. 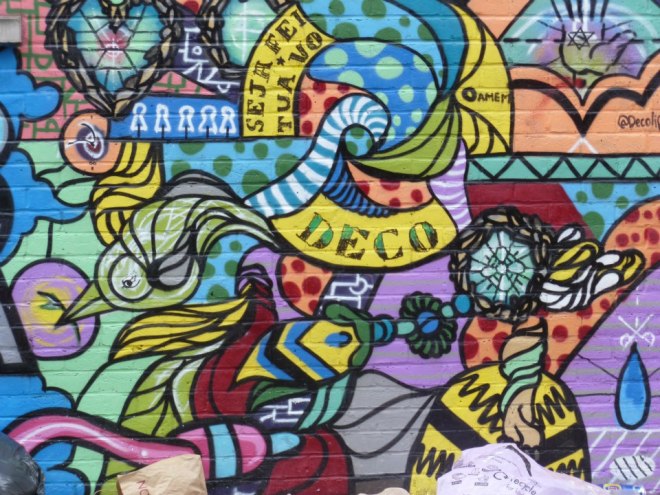 A mix of stickers, stencils and paper mash ups ensure that no two walls are ever the same. 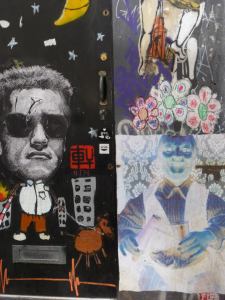 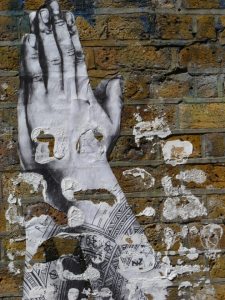 From iconic film stars turned into munchkins to delicate praying hands, there’s a variety of different subject matters and styles to spot. 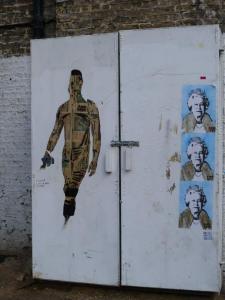 No door, wall or building escapes some form of decoration.

As interesting, hip and edgy as it all looks in the sunshine, during a flying visit, I am not sure whether I would want to be surrounded by graffiti and peeling posters all the time.

Would the novelty wear off and be replaced by a more mundane weariness as every surface is deluged with “art”?

Lots of the artwork dotted around the East End involves literally spelling out their messages. No one is more the master of this than Eine (Real name Ben Flynn).

Eine is most notable for his alphabet lettering on shop shutters in around Shoreditch, Brick Lane and Broad Market areas of the East End.

Above is a piece entitled PRO. (Self explanatory really!) I love the frivolous colours and patterns. 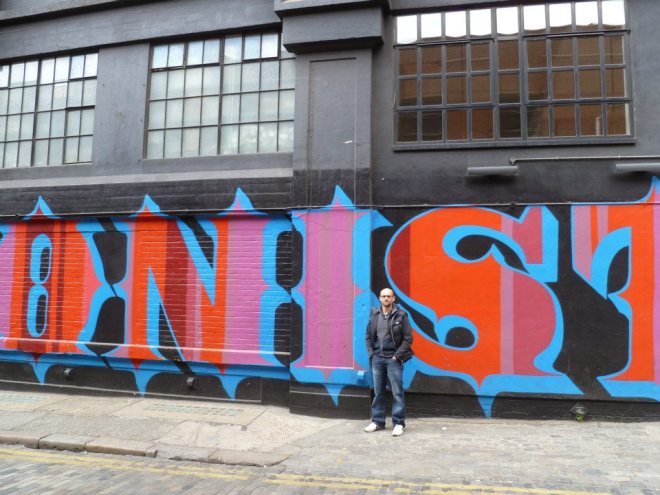 The vibrant typographical letters spell out a variety of different words – Scary, Vandalism, Exciting and more.

Eine’s street art is driven by a love of typography and he describes being influenced by how “letters change shape when combined with other ones”.

Here’s his SCARY wall under the bridge on Rivington Street. Not looking too menacing on a sunny day. 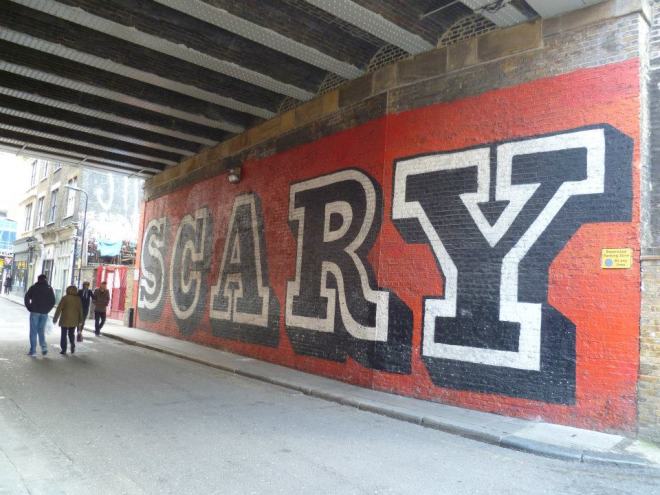 Eine was well-known in London circles for ‘Alphabet Street’ in the capital’s Spitalfields region where he painted the entire A-Z on shop shutters down Middlesex Street. It’s a delightful, colourful splash of happiness!

He become even more well known when a piece of his art work was presented to Barack Obama by David Cameron.

A bit ironic given that after spending 20 years tagging he has been arrested between 15 and 20 times and has five convictions for criminal damage – not exactly a model citizen according to Cameron’s own government!